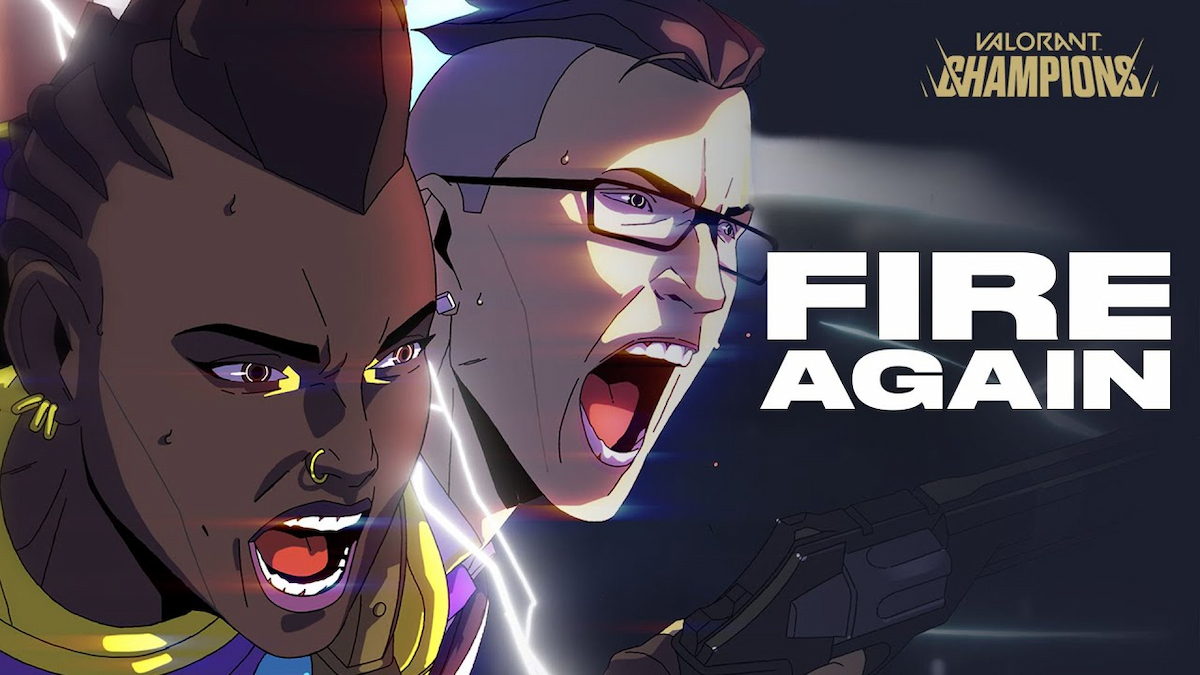 The Valorant Champions tour is nearing its big climax as the year’s biggest LAN tournament, Champions, kicks off next week. As has been the case for Riot Games’ major esports competitions in years gone by, there’s a new theme tune from a popular artist to go along with it, and today the track has been revealed. It’s called Fire Again by popstar Ashnikko, and, along with another typically brilliant animated music video, definitely brings the hype for the upcoming tournament.

As you’ll likely have noticed while watching, the music video not only features Valorant’s iconic Agents but also some of the best-known players and even casters attending Champions this year. That includes TenZ, Boaster, Sacy, Mimi, MeL, Benkai, Stax, and many more.

Fire Again will be integrated into the tournament as a theme tune and as part of the new Champions weapon skin bundle that was revealed last week. The bundle features a Phantom that has both a unique evolving visual effect and a Champions-themed finisher that plays Fire Again as it unfolds.

In addition to the Champions bundle, there’s also a free Champions Event Pass and Twitch drops coming for players who are interested in participating and watching.

Valorant’s Fire Again track follows on from last year’s Die For You by Grabbitz.