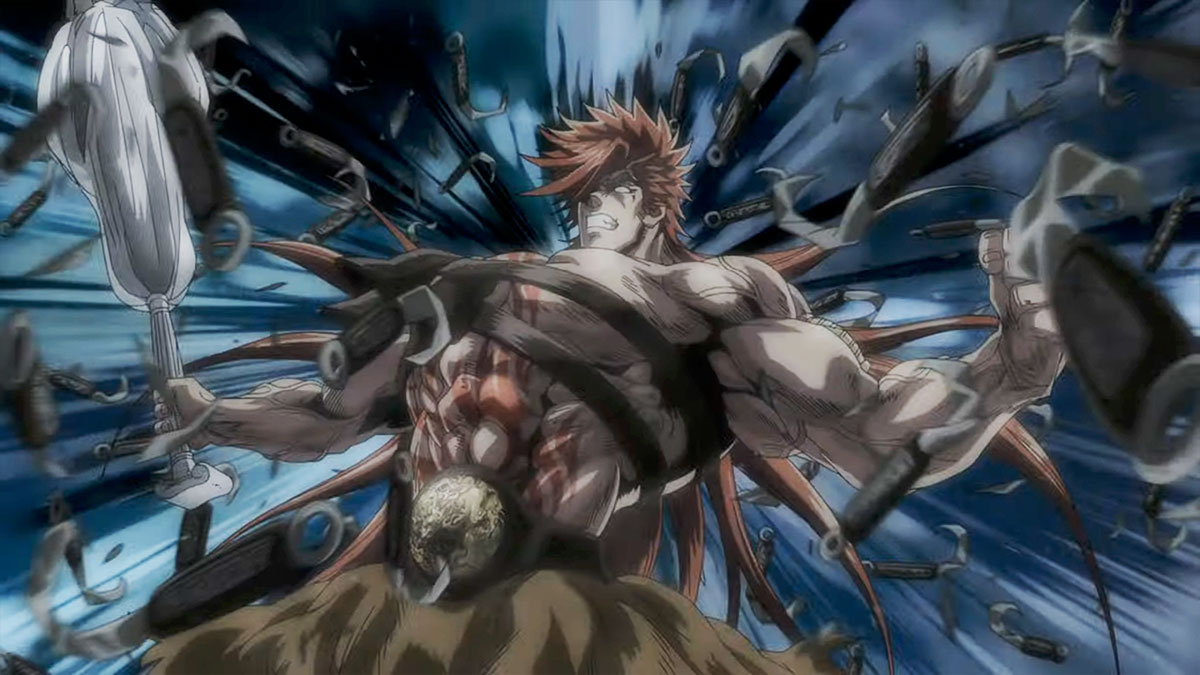 The official Ragnarok anime website has provided a new voice update PV trailer for Netflix’s Record of Ragnarok Season 2. This is the first time that the voice actors of the characters appearing in the second season are being exposed to the public.

Scheduled for 2023, this series continues the violent battles it’s known for. Chosen representatives throughout human history fight to prevent the extinction of all humankind. And this trailer easily captures the intense and brutal plot continuing with the 4th battle in the ongoing tournament.

The trailer begins with a quick recap of the first season and then jumps right into the teaser for the second season. Characters are introduced on-screen one at a time, along with their name written in Japanese.

The new characters shown so far are:

As the trailer showcases the new cast of characters and their respective voice actors, we also get to see glimpses of the various fight scenes up ahead.

Tameemon Raiden looks like a fusion of sumo wrestler and modern-day pro wrestler with straggly dark gray hair. His slimmed down and muscular physique is displayed with body paint and minimal attire. Shiva looks almost alien-like with his purple skin, while Buddha has a lollipop and a wardrobe that almost looks like modern-day streetwear.

The trailer ends after a flashing montage and announces the release date of Record of Ragnarok Season II being in 2023 via Netflix.