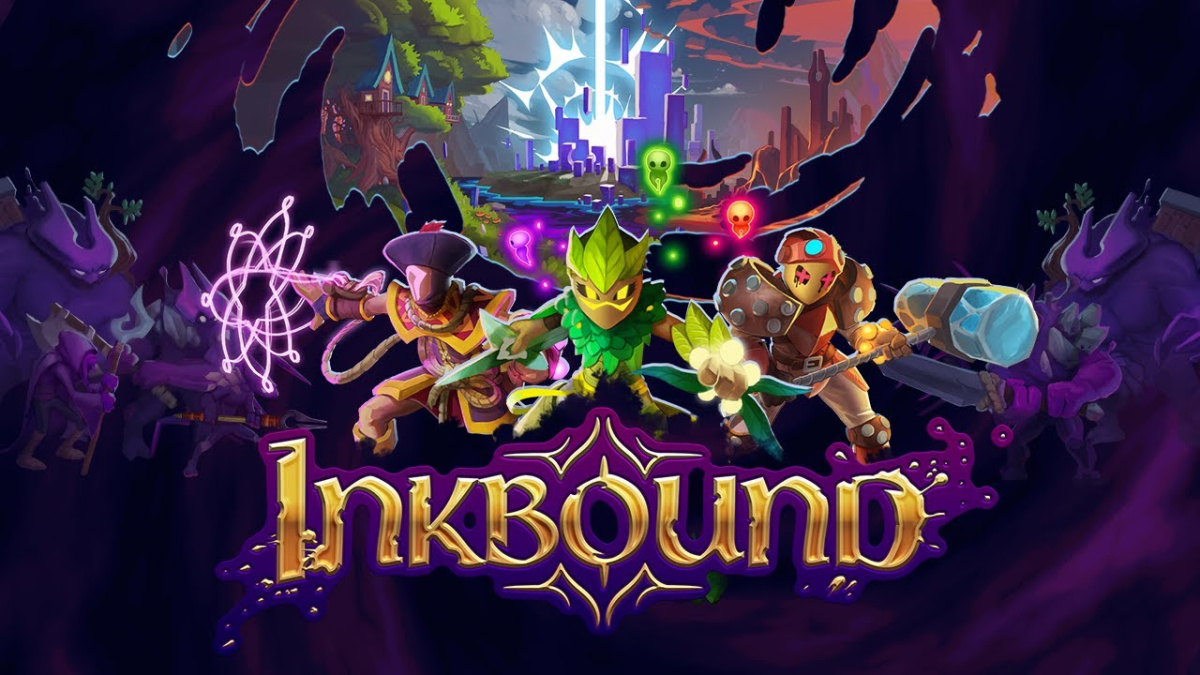 Following up on an indie hit is always a challenge, as most developers aim to innovate on their ideas so they can offer a fresh experience. Fortunately for Shiny Shoe, they’re on the right track with Inkbound.

The follow-up to Shiny Shoe‘s critically acclaimed Monster Train, Inkbound takes core ideas from the studio’s previous title and applies them to a new blend of genres. In the case of Inkbound, this mixture includes roguelike elements and RPG mechanics with a MOBA-style design and sensibility. This allows the game to provide quick and engaging multiplayer or solo gameplay that also offers plenty of depth and potential for variety, all while being shown from a top-down isometric view.

It’s also intended to be a living game, seeing continuous support through updates and new cosmetics for characters. However, the game will not include any “pay to win” items.

In a digital preview event for the game, Shiny Shoe’s creative producer Andrew Krausnick and community manager Cami Baumann-Jaeger offered a glimpse at some of these mechanics in motion. Starting off in the game’s social space known as the Atheneum, they provided an overview of the game’s different options for interaction. While in this area, players can team up with friends for cooperative play sessions, change their class, or talk to NPCs for new quests tied to the overarching plot.

That last point is where the game shows particular promise. Though the full details of the narrative haven’t been unveiled, Krausnick did reveal that it centers around being summoned to help with the reconstruction of tales lost due to the degradation of a massive library.

It’s for this reason that players are tasked with diving into the Sea of Ink for their missions, which are referred to as Stories. While taking part in these Stories, they’ll need to help its characters and the Stories’ authors by gathering key items, defeating enemies and completing other tasks to help restore the tales to their original state.

It’s a refreshingly straightforward approach to injecting story into a roguelike title, where the norm is to litter lore bits and narrative segments throughout the experience without a constant focal point. Likewise, the concept of helping to rebuild stories lost to time is a fresh one, and Shiny Shoe has put in the effort to convey this idea through the world design.

Once they’d selected a Story and entered the Sea of Ink, the two were transported to a black abyss with platforms and structures constructed of the namesake liquid. This acts as the first area players will need to make their way through, and offers the opportunity to battle enemies, fortify skills and obtain new items. Players will be able to choose whether to start in this area or the area tied directly to their quest too, depending on whether or not they want to gather supplies or head straight into the fray.

After making their way through the area and destroying some destructible items for Inkbound’s currency, the two offered a glimpse of the combat in action. Once players enter a certain range, a clock begins to count down to the start of the battle.

Once their battle began, Krausnick and Baumann-Jaeger were able to choose which of their abilities they wanted to attack with, where they wanted to be at the end of their turn, and other aspects of the combat. The game’s battles are turn-based as well, allowing for careful strategizing without having to worry about a time limit.

This gave the game a semi-active feel to its combat. Skirmishes with enemies could play out quickly or slowly depending on how the players chose to approach the situation. This gives the impression that the game can be played at whichever pace one wishes, which could be a boon for those looking for a fast-paced blitz of gameplay or a less frantic experience alike.

This is to say nothing of the different classes players can choose from. For the preview event, Krausner played as a Magma Miner, a melee-focused class able to inflict burns on his enemies or build up Heat for stronger attacks via the effects of his abilities. Baumann-Jaeger, meanwhile, played as the Weaver, who was able to blast enemies from a distance with different spells.

Both were able to coordinate their attacks or focus on other enemies as they saw fit, combining the effects of their abilities for extra punishment when they worked together. However, the two couldn’t attack with reckless abandon. Each ability required mana to use, and once their mana was depleted, they had to end their turn. This then allowed the enemies to unleash their attacks, which depleted some of Krausner and Baumann-Jaeger’s health.

Krausner also noted that players will start off with abilities tied to their character’s class and then gain upgrades as they go. Which upgrades they’ll get is randomized though, so they’ll need to adapt to whatever they’re lucky enough to find. Likewise, each new ability will fill a limited number of slots down at the bottom of the screen. Keys and other items can fill these slots as well, forcing players to balance their inventory with abilities.

It’s a clever balancing act of give and take, and the idea of having to choose between helpful items or new abilities is a novel one. It also hints at the way a player’s choices could impact how a run plays out. One player could make it further into an area thanks to selecting abilities over items, but be locked out of loot; or if they choose items, they may not be strong enough to go as far as they’d like. It’s a simple dilemma, but one with the potential to flesh out the game’s replayability substantially.

After making their way through the Sea of Ink, the two reached a gate they could enter to teleport to the area where their assigned Story takes place: Garden’s Edge, a leafy and vibrant forested area. This is one of many areas the team intends to create, with each harboring a different aesthetic.

Once there, they interacted with different NPCs to reconstruct Stories through the various means mentioned above. Along the way, they also found and broke destructible objects for loot and currency, and encountered a boss creature that they had to work together to take down.

The preview then concluded with a glimpse of another area, named the Proving Grounds. While in this area, players will be able to take on challenges featuring different pairs of enemies which are more difficult to take down due to their coverage.

Needless to say, we were impressed with how Inkbound is shaping up so far. Though still in the marathon in the middle of development, the game already has a clear idea of what it wants to be and the story it wants to tell. There’s plenty for a wide slew of players to enjoy in its mechanics, and the opportunity for variety posed by its roguelike elements is a huge point in its favor.

We’ll be looking forward to learning more about it in the coming months, as well as its eventual release on PC via Steam.