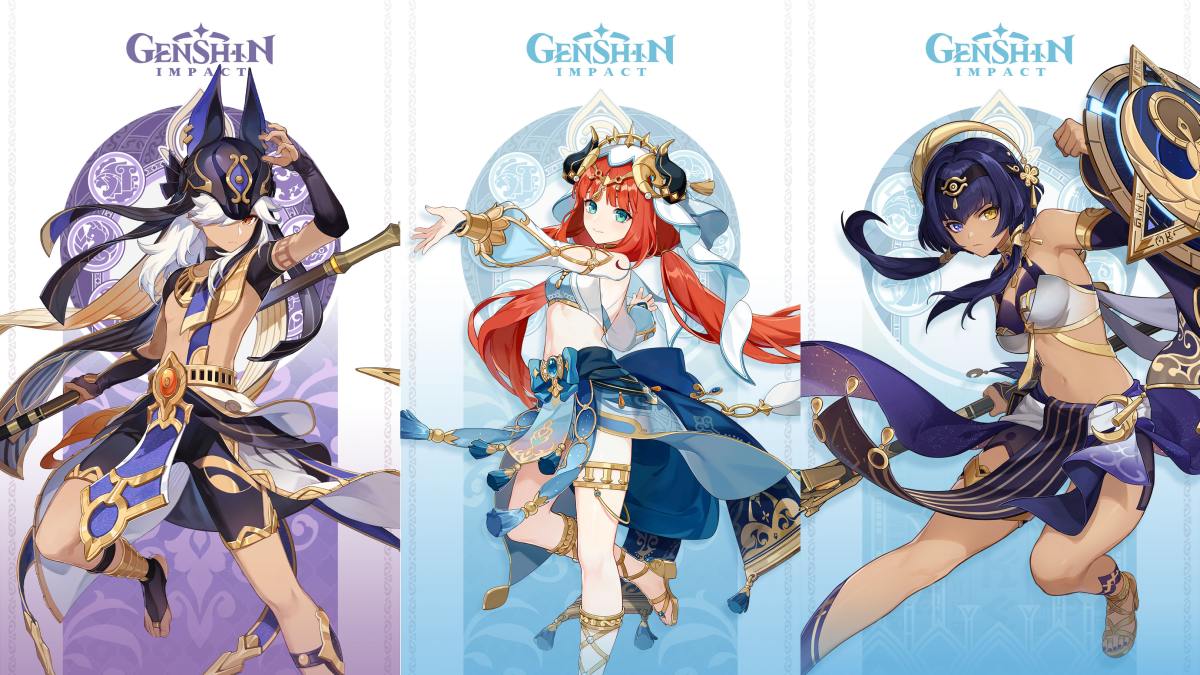 HoYoverse revealed three new characters that will be released in Genshin Impact likely in the next update, version, 3.1

While the characters coming in 3.0 have a forest theme, the new batch definitely appear to have been inspired by ancient Egypt.

We meet Candace, the “Guardian of Aaru Village,” a hydro character armed with the “Sagitta Scutum” shield.

We then see Nilou, the “Star of Zubayr Theater,” also hydro, armed with the “Lotos Somno.”

Cyno is the “General Mahamatra” and is an electro character armed with the “Lupus Aerus.”

Pretty much nothing else is known about version 3.1 at the moment, besides the fact that it’s likely going to further expand the new Sumeru Region, at least in terms of story if not geographically.

You can find the art for all the new characters below.