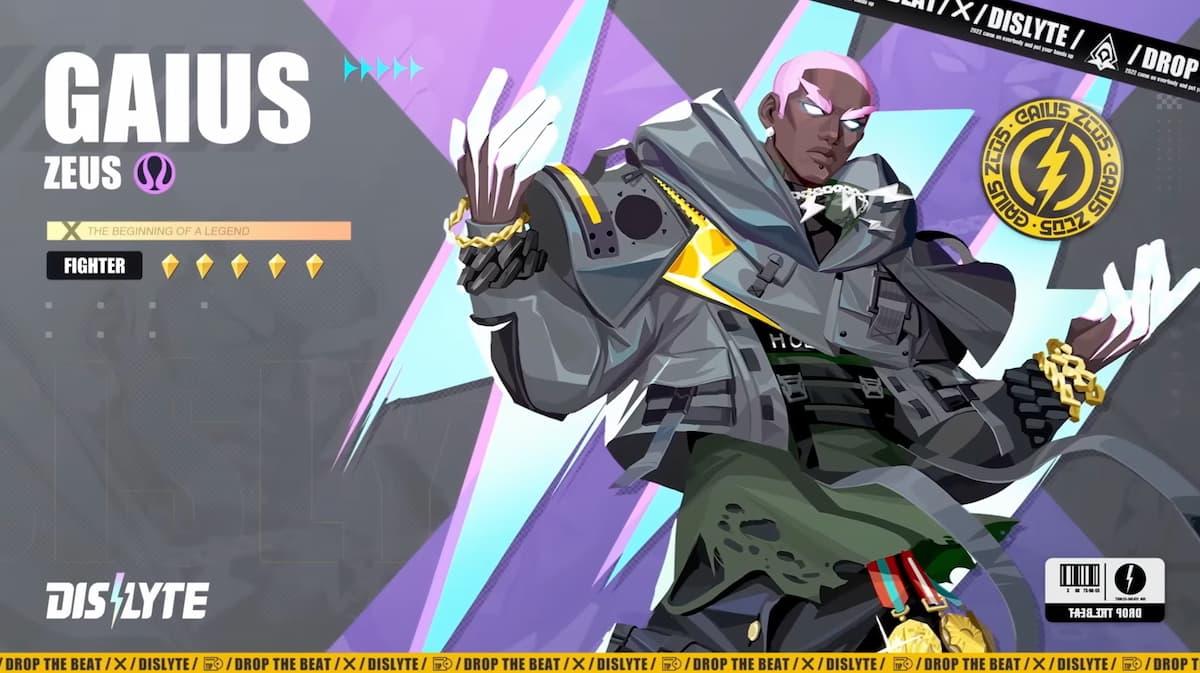 Gaius, AKA Zeus, is the new Inferno-attuned Esper that will be releasing as part of Dislyte’s upcoming Static Shock update. Here’s when you can expect him to get added to the game.

Zeus was actually leaked very early on in the game’s life cycle, and he became one of the most hotly anticipated characters among the fan base as a result. We’re about three patches in, and Farlight Games is finally releasing him to the masses. Let’s get into it.

Gaius will be officially added into Dislyte on Aug. 23, after the scheduled maintenance period and update. Just like with previous 5-star Espers, he’ll also be the featured character on the Echo banner for a limited period of time.

He’ll be the rate-up character from Aug. 23 to Sept. 9, which means that players will have an increased chance of getting him whenever they pull a Legendary character. There’s also a built-in pity system, where players are guaranteed to get Gaius on their 450th pull. Of course, this isn’t ideal for pure F2P players, but if you’ve been hoarding your Nexus Crystals for months to save up for a pity character, Gaius is definitely an option.

There will also be rewards for pulling on the banner during this time. Players will get Gold Records back for pulling a certain number of times, as well as a Legendary Abilimon, which is definitely worth it if you want the character, and you have enough Gold Records or Nexus Crystals to pull that much.

That’s all you need to know about when Gaius or Zeus is releasing in Dislyte. Be sure to search for Twinfinite for more tips and information on the game, including all answers to the current Pop Quiz event that’s going on right now.