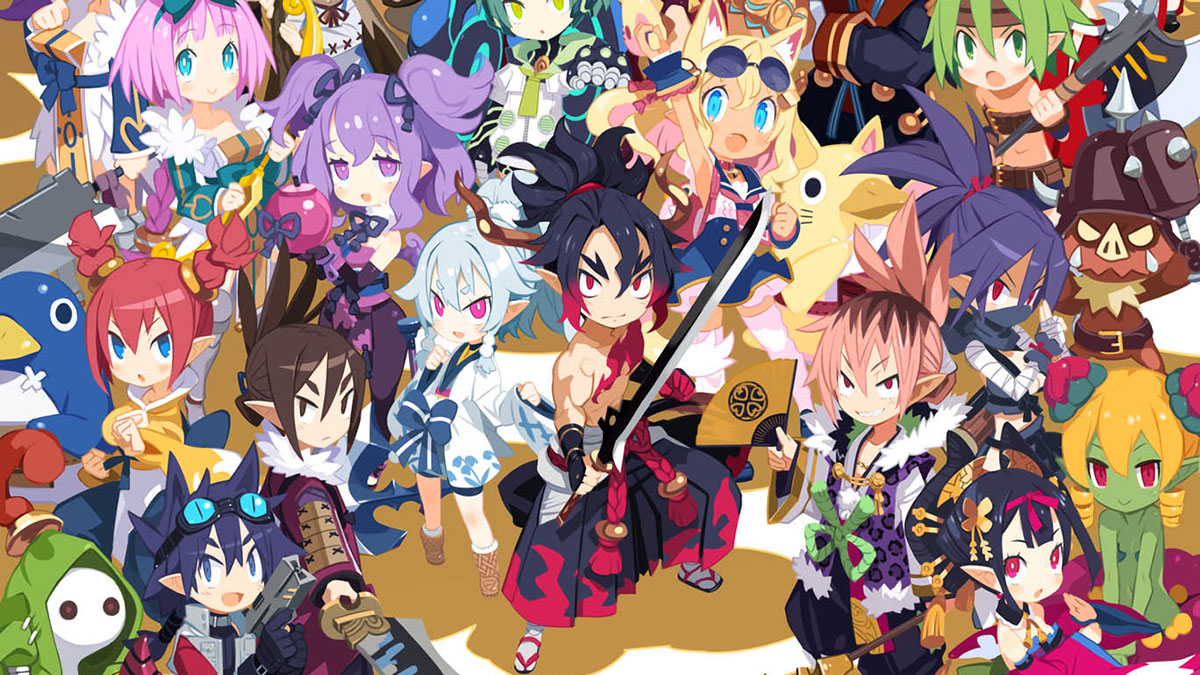 This time around the game is set in a demon world similar to ancient Japan where a rogue samurai named Fuji and the otaku girl named Piririka will have to retake the world from the clutches of invaders.

This time around Nippon Ichi Software implemented elements to make the game even crazier, including a power that lets characters jump out of the battle board and become massive, able to destroy many enemies with a single blow, on top of opening huge treasure chests.

There is also a pretty crazy crafting system that lets you reincarnate items over and over to make them more powerful.

You can also reincarnate fighters, and when they reincarnate into a different class, their level will drop to 1, but they will retain some of their skills. That way, you can create the ultimate characters. There are 45 default characters each with their own stats and appearances, so you can recruit your personal army however you see fit.

By continuing to use the same kind of weapons you will master them, unlocking super-powerful ultimate skills.

You can also set each character’s AI behavior and have them fight in automatic battles, so you can grind these sweet levels even when you don’t have time.

Lastly, a Ranked Battle mode lets you compete against other players online.

Below you can check out the first trailer, art, and screenshots.

At the moment, a western release has not been announced but NIS America will most likely bring this over. The only question is whether they’ll do another timed Switch exclusive only for the west as they did for Disgaea 6.