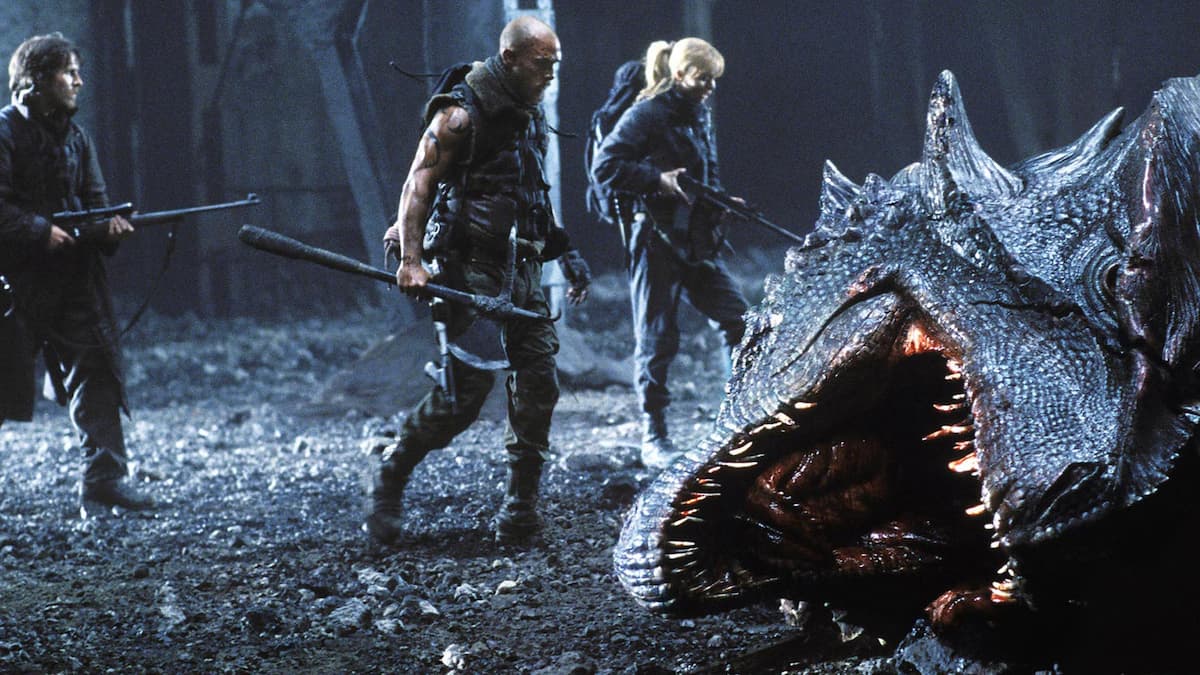 They say time waits for no-one, and few other parts of life does that ring truer than when a film from your youth rolls around for its 20 year anniversary. That’s right, are you ready to feel old yet?

Of course, we’re talking about the red-hot action-adventure movie Reign of Fire, which glided into theaters on 12 July, 2002 to a fairly underwhelming $82.2 million box office haul from a $60 million budget.

Directed by Rob Bowman, who had previously spent much of his time cutting his teeth on a duo of iconic ’80s and ’90s TV shows — Star Trek: The Next Generation and The X-Files — Reign of Fire is a post-apocalyptic creature feature that pits fire-breathing dragons against the last remnants of human civilisation.

Set in a futuristic London circa 2084, and following years of global nuclear conflict, a young boy (Ben Thornton) stumbles upon a sleeping dragon in The Big Smoke’s Underground train system. Awoken from hibernation, said flying serpent is just the beginning of what soon becomes a war between mankind and fire-breathing reptile.

Thankfully, the human resistance has a few star-studded aces up its sleeve. Indeed, the young boy grows up to become the main protagonist Quinn (Christian Bale), and we soon bump into a US platoon of soldiers led by a scenery-chewing Denton Van Zan (Matthew McConaughey) who’re basically military dragon hunters.

Long story short, think James Cameron’s Aliens but swap out the Xenomorphs for a bunch of fire-breathing, airborne lizards and you’re pretty much there. Sounds like a decent recipe for success, right?

While Reign of Fire may’ve not resonated very well with critics (it features a fairly unimpressive 42% critical rating on Rotten Tomatoes), it’s fair to say that the film has cultivated a bit of a cult following since its release and has evolved into a beloved underground hit. In other words, if you fancy a turn-off-your-brain b-movie with nonstop action, this could be the perfect pic for you.

But what say you, though? Would you be down to rewatch Reign of Fire on its 20th anniversary? Or will you be avoiding it like the plague? Swoop down to the usual place below to let us know.