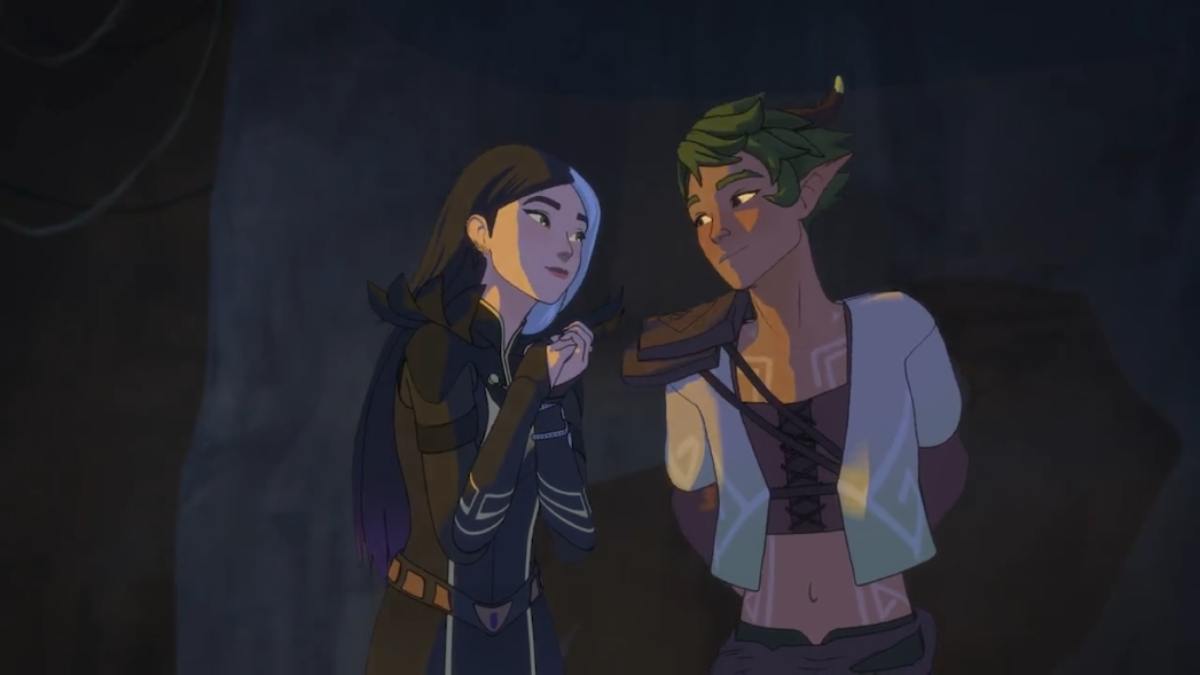 Earlier this week, we got an official release window for The Dragon Prince Season 4, which is now set to arrive on Netflix in November 2022. You can check out the official announcement in the tweet right down below.

Alongside a release date, the tweet above also shows off a sneak peek of season 4, introducing fans to the affable and absolutely loveable Eartblood elf, Terry. Anyone looking for a brief synopsis of what has gone down so far can check out the text below, courtesy of Netflix.

The new season opens as Callum and Rayla finally enter the magical land of Xadia, and begin the last and most dangerous leg of their journey to reunite Zym with his mother, The Dragon Queen. Meanwhile, Ezran returns to the kingdom of Katolis to take his place on the throne, only to be immediately pressured to go to war with Xadia. Lord Viren, who is imprisoned and desperate, begins to realize the power of his new ally – the mysterious Startouch elf, Aaravos.

In season three the series will reach its most epic heights yet. We will discover the wonders of Xadia, encounter heroes, old and new, and learn some previously untold history about how Zym ended up on this epic journey. Season three will introduce new iconic characters – good, evil, and of course layered and complicated. Long-held beliefs will be challenged, new magic will lead to incredible powers, and a momentous battle will be waged in the name of finally stopping a centuries-old conflict that has affected generations.

Season one of The Dragon Prince premiered on September 14, 2018, and immediately topped popularity lists across Rotten Tomatoes, Fandom, and Tumblr. It was quickly renewed for a second season, which premiered on February 15, 2019. The Dragon Prince was a top ten digital original throughout its season runs, has captivated a large and passionate fan community and has been lauded for the diversity of its characters and deeply layered storytelling. Both seasons have a 100% fresh rating on Rotten Tomatoes.The series’ mix of action, adventure, and humor has attracted genre fans, families, teens, and animation fans of all ages.

The Dragon Prince is produced by Wonderstorm and led by co-creators Aaron Ehasz (head writer of Avatar: The Last Airbender) and Justin Richmond (game director of Uncharted 3).

For a concrete release date on The Dragon Prince Season 4, be sure to check back to Twinfinite for updates.