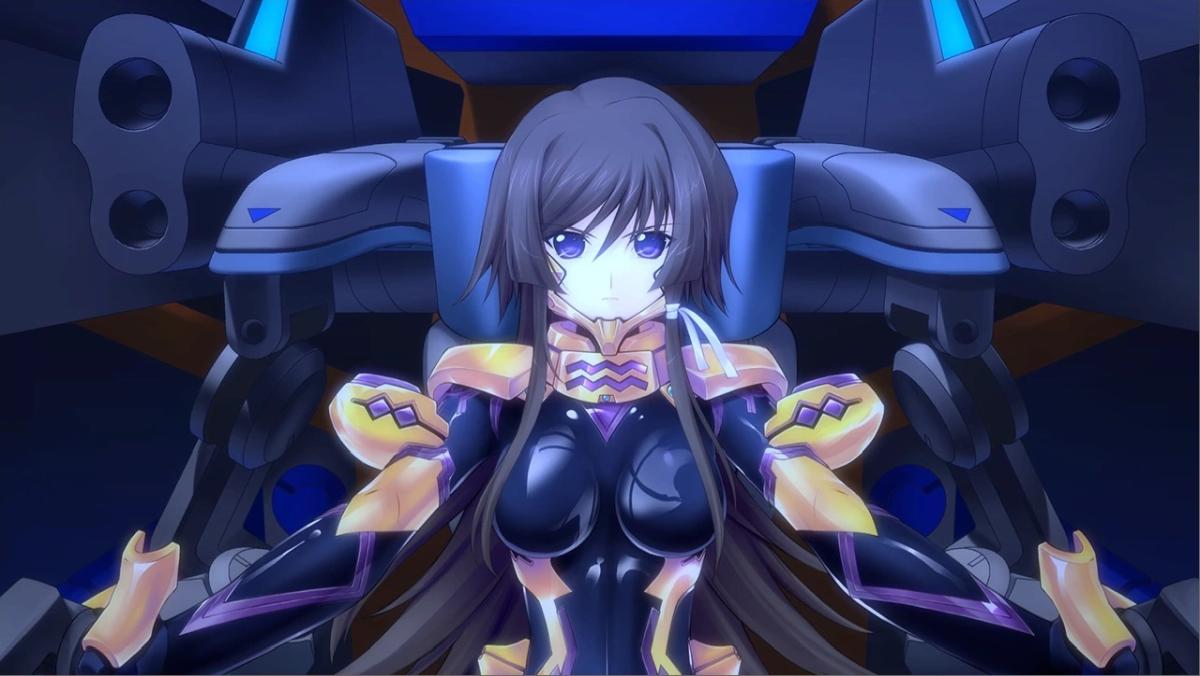 Muv-Luv Alternative Total Eclipse’s anime series that debuted in 2012 has been, for many western fans, the first contact with the Muv-Luv series, but at long last, the visual novel has been released in English.

It’s worth mentioning that this isn’t the usual scenario with the visual novel originating the anime series, which usually is summarized and oversimplified. Things are quite a bit more complex and you can read all about it in our recent interview with the creators.

That being said, the visual novel does offer a much deeper and wider take on the story compared to the anime, which pretty much ends halfway through the story. With this game, you finally get the whole picture.

I should actually say “almost” the whole thing because this Steam release in English doesn’t include the bonus prologue “Burning of the Imperial Capital” which was added to the Japanese PC version following the launch on consoles.

As such, a piece of common advice you will hear from many Muv-Luv veterans is to watch the first two episodes of the anime before playing this visual novel, and it’s very good advice.

Of course, the more relevant question is: “Should you play the original trilogy before playing Total Eclipse?”

While you could say that TE is designed at least in principle to be enjoyed independently, I’d argue that starting with the original three games (Available on Steam as Muv-Luv, which includes the first two chapters, and Muv-Luv Alternative) is still the advisable route. It provides a narrower and more focused and personal approach to this awesome sci-fi world, and starting narrow to widen your lens afterward makes much better sense to me.

The story is set in a similar timeframe as Muv-Luv Alternative in an alternate version of Earth in which humanity has been pushed to the brink of annihilation by the invasion of ruthless aliens named BETA. The vast majority of Europe and Asia have been lost to the invaders, alongside most of their population.

Yet, mankind is still holding on thanks to the creation of “Tactical Surface Fighters” (or “TSF” for short) mecha born from the requirement to fight the BETA on the surface, as the aliens’ extreme anti-air capabilities have made aviation entirely obsolete as an offensive tool.

In this context, the United Nations organize Project Prominence in Yukon Base, Alaska, aiming to test and further develop a variety of TSF and technology built by different nations and determine the best fits for the war against the BETA.

The hero, Yuuya Bridges, is a veteran Japanese-American test pilot assigned to the XFJ Program, a joint initiative by the two countries to develop the XFJ-01 Shiranui Second TSF.

This is pretty much the perfect setting to widen the player’s lens on the Muv-Luv Alternative world, considering that the original trilogy was set exclusively in Japan, starring a mostly Japanese cast.

This new story showcases the fact that the beta invasion is a global tragedy and the international cast brings to the table the point of view of many nations displaying starkly different situations and interests.

For instance, the hero has grown up in the United States, which has remained relatively peaceful. While he has often faced prejudice due to his ethnicity, this fades in comparison to the situation of many of his comrades, who come from nations that don’t exist anymore, their population almost completely exterminated. Other characters, like those coming from the Soviet Union (yes, this is an alternate universe, after all), have seen their country pushed back all the way to the Pacific Ocean and forced to lease part of Alaska to house its remaining population.

This is one of the strongest points of Muv-Luv Alternative Total Eclipse, and one of the reasons why it’s better played after the trilogy. The progression from the narrow lens on Japan to the wider lens shedding light on the situation of the whole world feels very natural and helps the player appreciate the depth and breadth of the Muv-Luv setting, which I personally consider one of the best sci-fi settings of all time.

This is not to say that the story taken on its own isn’t awesome, because it definitely is. It comes with plenty of drama, intrigue, politics, comedy, romance, and much more. Like all the best Muv-Luv visual novels, Total Eclipse is very rich with a wide variety of extremely serious themes alternating with brighter moments, and has the power to involve the player emotionally at a very deep level.

While it didn’t leave me an emotional wreck as Muv-Luv Alternative did, it certainly made me tear up on more than one occasion.

The diverse cast of characters is really awesome, and you’ll likely find yourself developing a strong emotional connection with quite a few of them, perhaps even unexpected ones.

If you’ve already watched the anime series, I won’t hold it against you if you found it a little shallow, but thankfully this is one of these (very common) cases in which the visual novel is radically more interesting and complex, while the characters are much more likable and multifaceted.

It’s certainly worth mentioning that the story goes much further than the anime series, which ends pretty much at the halfway point. While we don’t have multiple routes, this is still a fairly big visual novel with a lot of content to enjoy.

While the story is as great as you can expect from a Muv-Luv title, you probably shouldn’t go into the experience with any expectations of gameplay, even compared to most visual novels. There are three choices throughout the whole thing, and they change very little.

The new interface added with the updated engine is functional and effective with your auto-read and skip options at the bottom of the screen, the log on the left, and the main menu on the right.

I still wish that developers added a full rewind feature to the log (visuals included), but that’s not available here. There is also a small issue with the full-screen option, which won’t persist if you alt-tab. Those are elements I hope the developers will look into for further development of the engine.

Another great aspect of the game is the music, which proves to be worthy of the Muv-Luv legacy with plenty of memorable tunes that fit the story nicely basically at all times.

Speaking of the audio, we can’t not talk about the voice acting, which is only in Japanese and includes plenty of star-level actors. As a result, the voice track is absolutely top-notch from the beginning to the end. While I know that not everyone shares this sentiment, I didn’t regret the lack of an English track for a single second throughout the story.

I’ve also found the localization to be generally of higher quality compared to previous Muv-Luv games, certainly more faithful to the original without losing elegance. There are some choices I don’t completely agree with, but considering that localization is often more an art than an exact science, this will never not be the case.

The art is another strong point of Muv-Luv Alternative Total Eclipse. The character design is much more mature and solid compared to the original trilogy (which isn’t surprising considering the time gap between their productions), and the characters feel lively, dynamic, and well animated.

Battles are where the engine really shines, with very dynamic depictions of mecha combat (at least by the standards you would expect from a visual novel), often enriched by small anime-style clips.

This is topped by one of the best mecha designs in gaming. It certainly shows that one of Total Eclipse’s initial goals was to sell mecha figures and model kits. Commercial purposes aren’t always a negative when producing art.

The Tactical Surface Fighters inspired by real-world combat aircraft are, to this day, at the absolute top of mecha design standards, and the core Muv-Luv philosophy of giving every country cool mecha regardless of whether they’re going to be piloted by hero characters, antagonists, or even simple extras, definitely pays dividends.

Ultimately, the visual novel is by a wide margin the best way to experience the Muv-Luv Alternative Total Eclipse story, leaving the anime far behind.

It’s also a real treat for fans of the Muv-Luv series that want to explore a wider view on the world of this awesome sci-fi visual novel franchise with a strong story topped by great audio and solid visuals.

That being said, I would definitely advise playing the original trilogy before you move on to Total Eclipse. 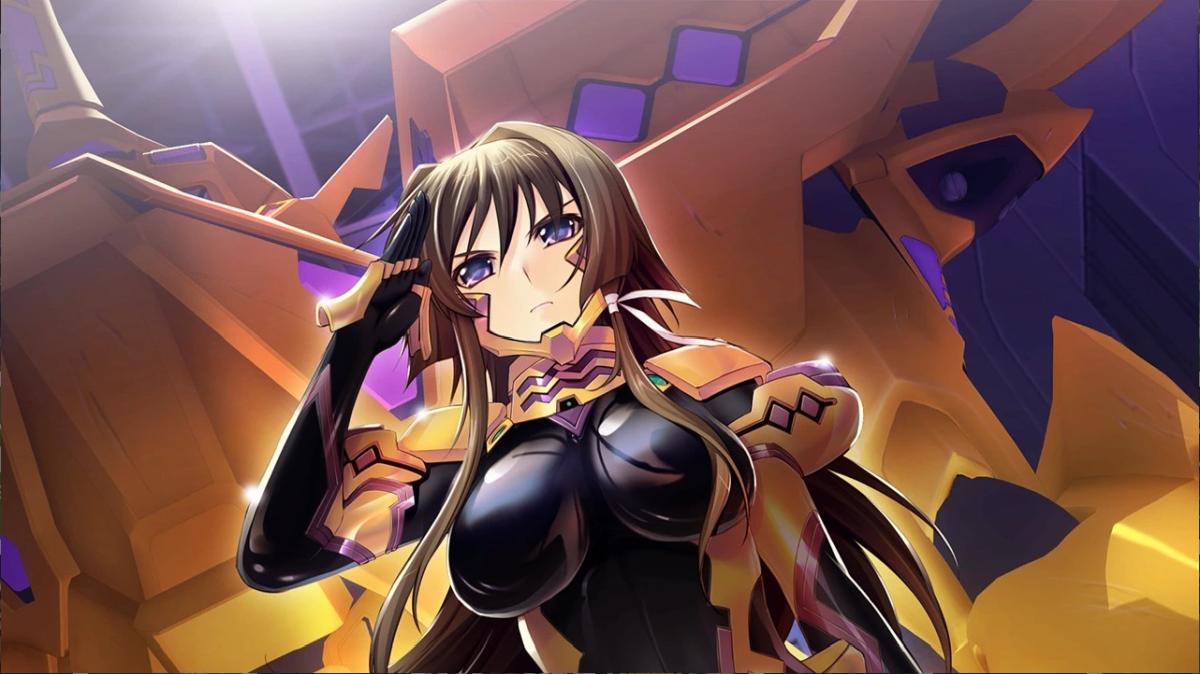