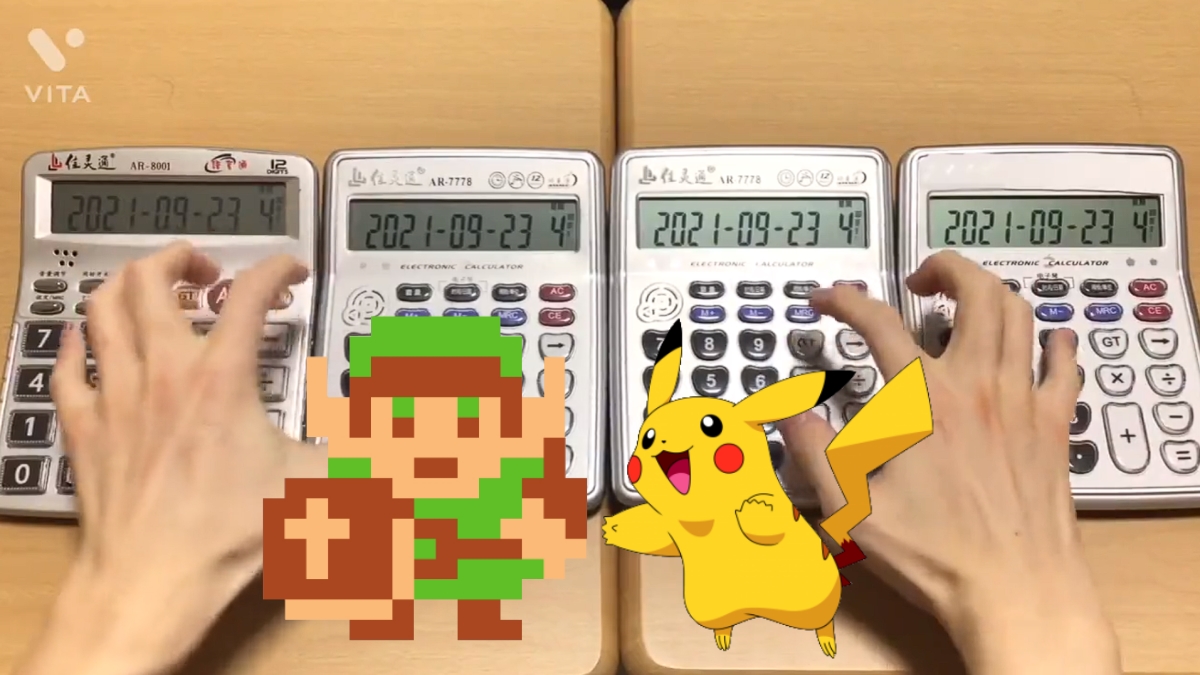 Just when you think you’ve seen your fair share of talented musicians playing songs from your favorite game soundtracks, wait until you hear what this one fan has been creating and posting online. Atarime_desu on Twitter regularly posts videos of songs he plays on an unconventional musical instrument: the calculator.

Four calculators, in fact. Atarime_desu uses them to play popular songs by lining them up in a row and hitting the buttons to produce notes of different pitches. And among his repertoire of impressive songs are two that any gamer would recognize.

One of them is the theme from the Legend of Zelda, which he posted yesterday and has already amassed over 22k views. Have a listen to how he made the song come to life:

And earlier that day, he posted himself playing the opening theme to the generation one Pokemon games, and that tweet is now at nearly 100k likes, an impressive feat. Here it is for you to listen to:

Atarime_desu’s Twitter page is full of these “calculator covers,” and he also has a YouTube channel featuring even more songs.

If you’re curious about how this calculator is able to produce such perfect musical notes, there’s a video explaining it all right here.

We know it must have taken atarime_desu a lot of practice to create these covers of the Zelda and Pokemon themes, and the fact that they are played on something that most people wouldn’t see as a musical instrument makes it even more special to listen to. It’s not every day that you see such talent!