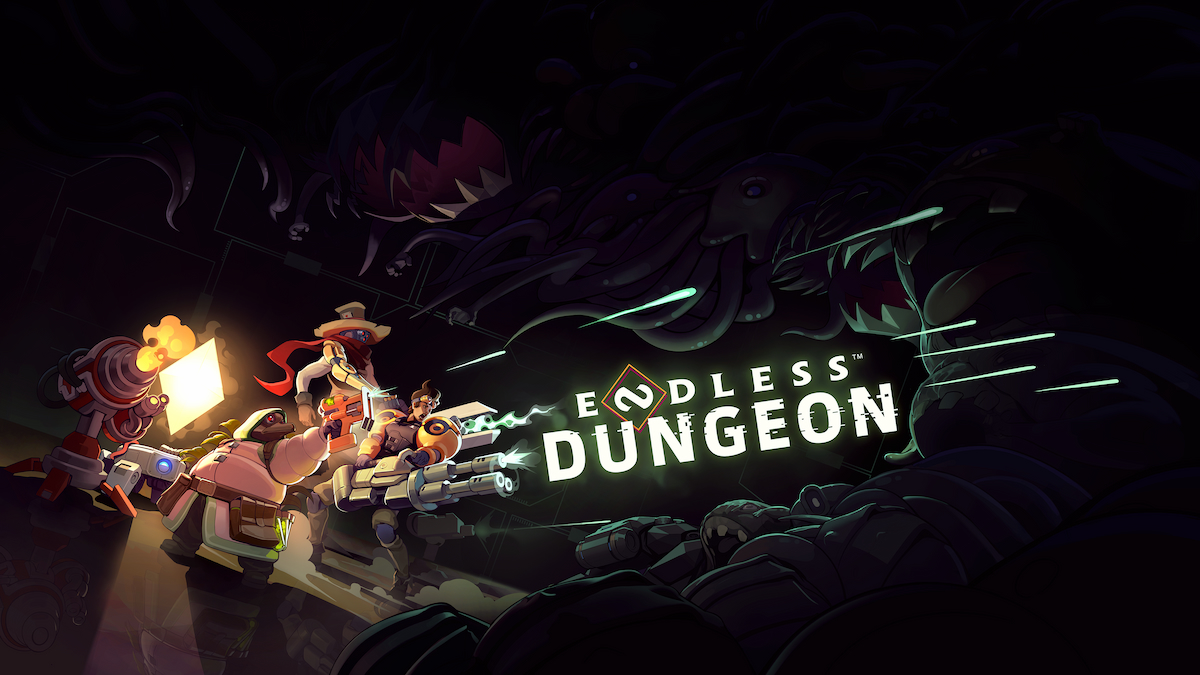 The Endless franchise is a series of strategy games developed by Amplitude Studios, loosely connected by overarching lore. Twinfinite was invited to attend a digital preview event for Amplitude Studios’ upcoming title, Endless Dungeon, which shares many gameplay elements with its predecessor, Dungeon of the Endless.

Endless Dungeon takes things to the next level, exchanging Dungeon of the Endless’s pixel-art style for 3D graphics and fully rendered character models, but retaining the charm of its aesthetic.

You take command of a rag-tag band of heroes, adventurers, and scoundrels as they attempt to escape from a mysterious space station, with every escapee dying in the attempt finding themselves back at the Saloon, a gathering place for these lost souls.

For the purposes of the event, we had access to three characters (there will be eight in the full release), each of which had a unique design and gameplay style. I played as Zed for the most part, a berserker who carries heavy weapons and can fire powerful sound wave blasts from her shoulder-mounted speakers, and I brought along Bunker as my companion, a tank-type security robot who carries a defensive energy shield, in addition to employing sidearms.

I spent the majority of my time with the game testing out strategies and the different characters on the first level, Devotion Garden, only making it to the second level, Procedural Factory, on my final attempt.

Each new run of Endless Dungeon has you form a party and venture forth into an expansive dungeon made up of randomly generated, interconnected rooms sealed behind doors, some of which are locked. Each room is full of nodes that can be built upon, and will sometimes contain a merchant, Resource Generator, or treasure chest.

You begin next to a mobile Crystal Bot, which you must guide to the area exit, and defend it from attack. If your Crystal Bot is destroyed, your run is over. As you open doors, you are awarded resources that can be used to build defensive structures like turrets, upgrade your hero, or research new and advanced technologies in order to overcome your foes.

After enough doors have been opened, or a set amount of time has passed, a swarm of insectoid monsters will breach the walls of the dungeon, and beeline directly towards your Crystal Bot and attempt to destroy it. There are apparently also robotic enemies too, but I didn’t encounter them.

By deploying turrets and traps in strategic choke points, and applying your character’s individual firepower, you are able to stem the tide long enough to explore a few more rooms, gather more resources and try and gain an edge, before your foes return in greater numbers.

This is the basic gameplay loop of Endless Dungeon, and it’s a satisfying and engaging one. I died a few times trying to get my head around the interesting blend of genres, but once I developed a strategy and was able to make some headway, I began to see the depth on offer.

Using the Resource Generators found in a level, I could choose to focus on the production of Industry, and use that resource to maximize the number of turrets and traps I could build, creating a defensive corridor for my Crystal Bot to safely make it to the Lift that marks the end of the stage.

Or, focusing on Food, I could buff my characters to a higher level, equipping them with devastating perks and additional medikits. This would allow me to actively guide my Crystal Bot to the Lift in a higher-risk, but more personally engaging style of play.

Characters have their own quirks and special abilities, and it will be interesting to see how the full roster interacts with each other, and what synergies can be used to overcome the ever-increasing numbers of foes you will be facing.

The game looked great in action, and although I did experience fairly regular performance issues and framerate drops, we were playing an early build of the game. The developers have stated that they were aware of the issues, so I’m confident it won’t be a problem in the final game.

While there is no official release date set for Endless Dungeon as yet, the title has been announced for PC, Xbox Series X/S, PS4, PS5, and Nintendo Switch.

All told, Endless Dungeon is shaping up to be a finely tuned and engaging tactical experience that is well worth keeping on your radar if you are a fan of roguelites, or of other games in the Endless franchise.

It will be fascinating to see how Endless Dungeon evolves in the coming months, and what the final shape of the game will be. I look forward to the reveal of the rest of the playable characters, and planning strategies around their unique skillsets.