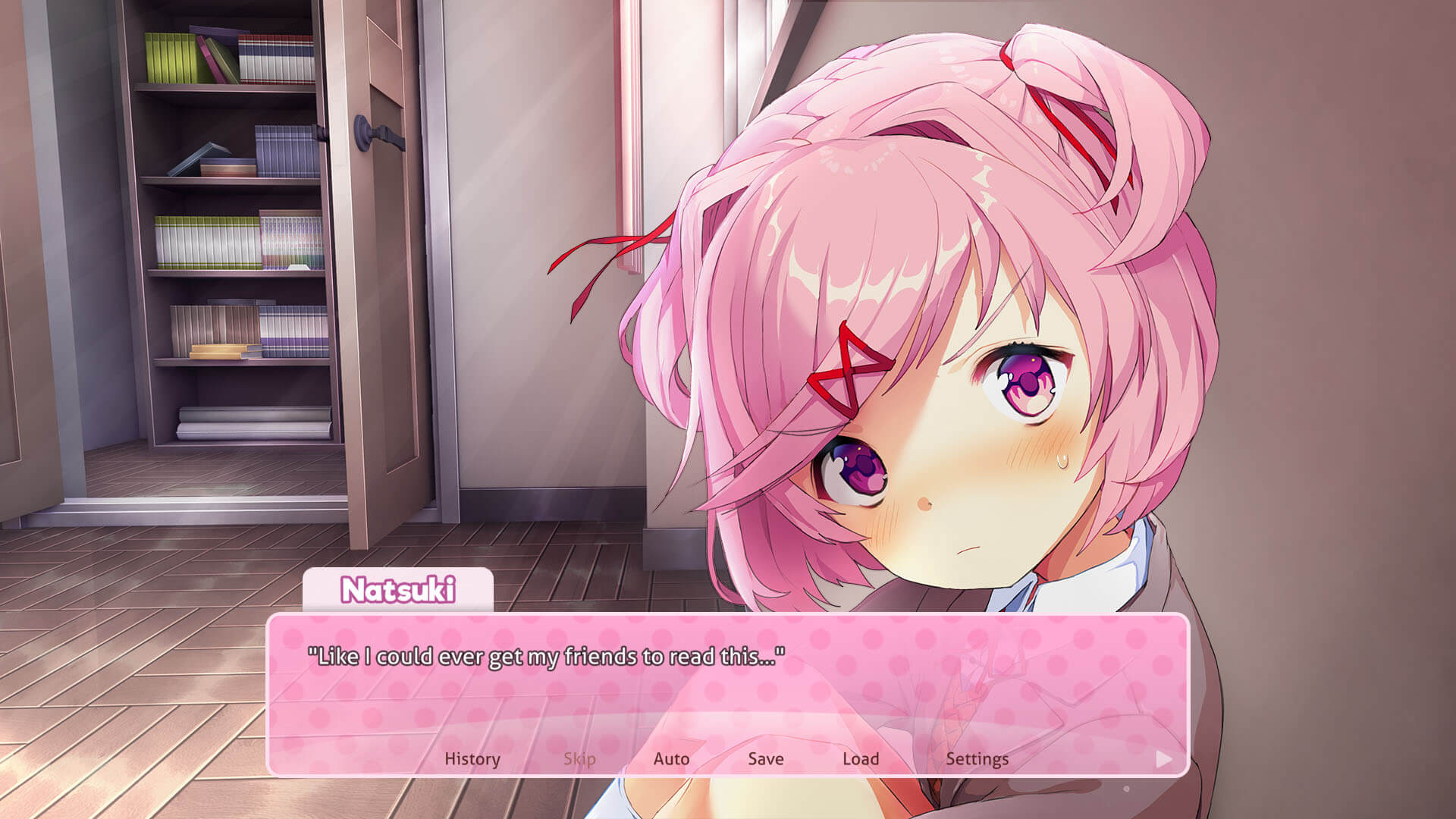 Doki Doki Literature Club Plus is here and fans from all over the world are able to once again write poems to impress their favorite Dokis. Just as before, everything will go smoothly and nothing bad will happen to anyone. Who are we kidding, if you’re here, you already know what’s going to go down, and are likely looking for a way to save Natsuki from her terrible situation.

Warning: spoilers are ahead, if you somehow got here by accident, please click away now to avoid and further hints.

Can You Save Natsuki in DDLC Plus?

Doki Doki Literature Club Plus has a number of side stories that unlock additional scenes that expand on the relationships of the different characters in the game. However, the main campaign is unchanged and the fate of Natsuki and the other Dokis are the same.

Natsuki’s situation is a bit different than the other Dokis. She doesn’t technically die in the same way that Sayori and Yuri do. While you slowly learn that her home life is a bit tragic, she doesn’t spiral in the same way that those other two members did. However, once she starts to find out that something is wrong with Yuri and that Monika might be behind it, her neck is mysteriously snapped and then it seems like she is “reset.”

Unfortunately, there’s nothing you can do to save this from happening to Natsuki. There is, however, a secret ending you can unlock.

Yes, there is a secret ending that you can obtain that will change the final ending of the game, and while it does still involve seeing Natsuki’s neck snapped, you can at least end the game on a happier note.

This secret good ending is a lot more positive than the normal ending, and while it’s still not perfect (the Dokis sadly will never enter our reality, which would of course be the true good ending), it’s a hell of a lot nicer.

So, there you have it. That’s all you need to know for whether or not you can save Natsuki in DDLC Plus. Once again, while Natsuki will suffer no matter what you do, you can still get a happier ending for Natsuki and the Dokis.

Finally, feel free to check out our fully-scored review as well for our thoughts on the game as a whole.