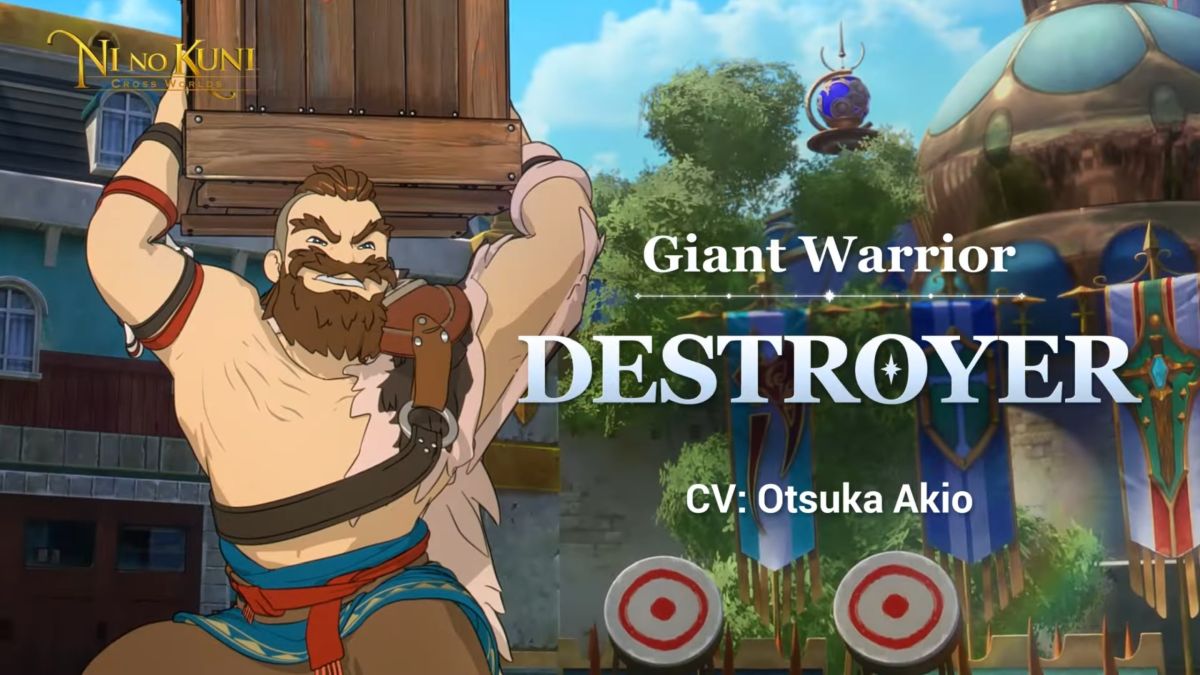 This time around, we get a rather comedic introduction of another playable class in the game, the Destroyer, following the swordsman, the witch, the engineer, and the rogue that we already saw.

Despite his menacing name, the Destroyer is basically a giant with a heart of gold, and he’s voiced by superstar actor Akio Otsuka, whom you may know for Solid Snake in the Metal Gear Solid series and tons more successful roles.

It’s worth mentioning that the game has already been active in Japan for several months, while pre-registration is already available in the west for iOS and Android. You’ll receive an “Explorer Outfit” if you register and the game will also be playable on PC.

If you’re unfamiliar with Ni No Kuni: Cross Worlds, here’s an official description.

A story where reality and fantasy collide.
A grand journey awaits you upon arriving in another world via the virtual reality game [Soul Divers].
Experience the epic that unfolds in 『Ni no Kuni: Cross Worlds』, where endless adventures await.

An open world indistinguishable from an animated film.
Beautiful graphics rendered in the Unreal 4 Engine.
Catch every carefully-crafted expression and action in this breathtaking world!

Customizable player characters show your individuality.
Choose from the mysterious fencer [Swordsman], the magic spear-wielding [Witch],
the genius gunner [Engineer], the mischievous archer [Rogue], and brawny hammer-swinging [Destroyer]
Who would you like to become in 『Ni no Kuni: Cross Worlds』?

Your helpful protectors, Familiars!
Meet the mysterious creatures unique to 『Ni no Kuni: Cross Worlds』.
Their cuteness hides incredible strength!
Collect [Familiars] and get stronger together.

Join a kingdom and make friends!
Work together to rebuild the fallen [Nameless Kingdom] and develop your kingdom’s resources.
Decorate the kingdom with interactive [Social Objects] and
triumph in various challenges to become the greatest on the server.