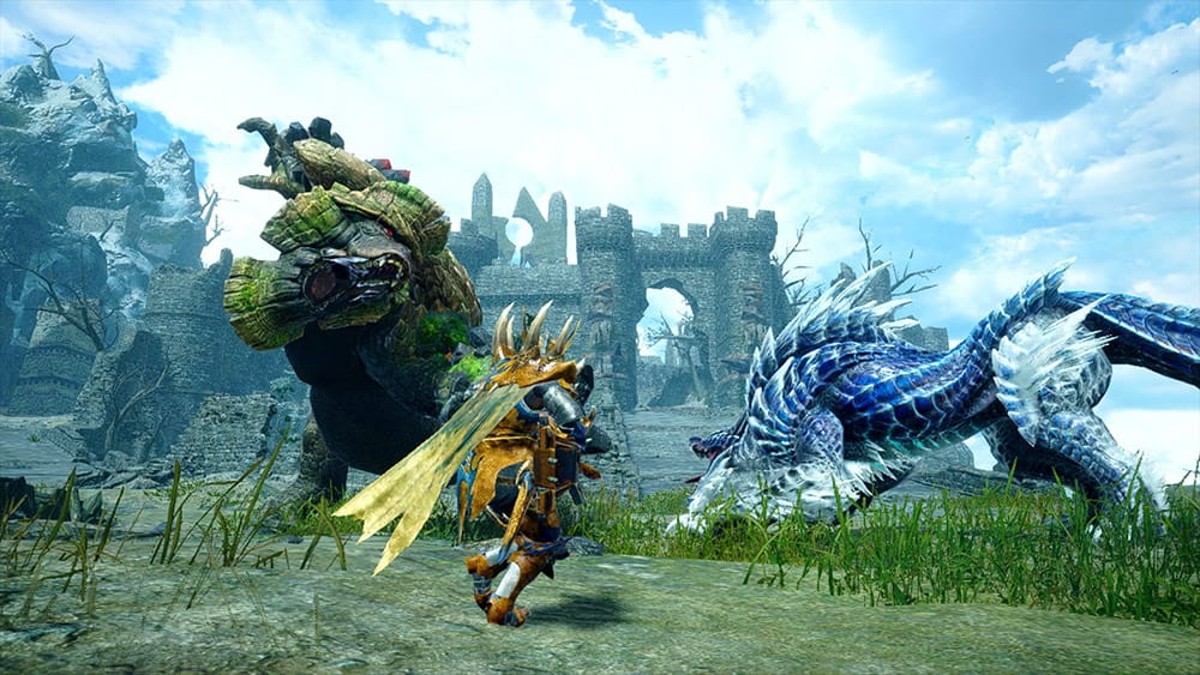 Today, Capcom showed off a boatload of content that fans can expect in Monster Hunter Rise: Sunbreak during an official digital event on Twitch. During the showcase, a lot of gameplay features were introduced.

Some of those new features include improved hunting actions, new monsters, new locales, and new allies. You can check out the full showcase and descriptions for each gameplay addition right down below.

New Silkbind Moves/Attacks have been added for each of the 14 weapons! Utilize these new abilities to further customize your own hunting playstyle.

You no longer have to perform a Wiredash in order to initiate a wall run! Simply dash, jump, or perform a midair evade towards a wall in order to run on it. Wall runs can even be initiated from other moves that don’t require the Wirebug Gauge.

New types of Wirebugs that shine more brilliantly than regular ones. There are two types, the Ruby Wirebug and the Gold Wirebug. Capturing one will grant you beneficial effects.

Closely related to the Puppet Spider, Marionette Spiders are covered in blue hairs with a striking orange pattern. Their silk can be used to take control of a monster and force it in a desired direction, which, if aimed towards an obstacle, can damage the monster and potentially topple it. Use the spider’s silk wisely to create opportunities to attack!

Six new monsters have been added, each with its own specific design and challenge. Those monsters included everything from an elder dragon to an ice wolf. Their names are: Malzeno, Garangolm, Lungaron, Astalos, Blood Orange Bishaten, and Shogun Ceanataur.

The Citadel is a new locale centered around the forlorn ruins of an old castle, featuring a vast array of environments from forest-covered areas to frozen icescapes.

The Citadel is a new locale centered around the forlorn ruins of an old castle, featuring a vast array of environments from forest-covered areas to frozen icescapes. You can also meet new allies in the new headquarters, Elgado!

Elgado is an outpost of the Kingdom, and home to the research team tasked with looking into the mystery surrounding Malzeno and other Kingdom monsters. The Outpost is bustling with knights of the Royal Order, researchers, sailors and traders, and hired hunters.

Due to its dual nature as a trading port and research outpost, it’s outfitted with all the necessary resources for enterprising hunters. The Kamura Tea Shop also seems to have set up a mobile shop in town, which means any hunter can get their dango fix even weighing anchor in Elgado.

The Command Post is the nerve center of all the research activity in Elgado. Their current research concerns the mystery of the sudden aggressive behavior and territorial expansion on the Kingdom’s monsters.

Monster Hunter Rise is currently available on Nintendo Switch and PC via Steam. You can read our review while you wait for the Sunbreak to release for PC and Nintendo Switch on June 30, 2022.