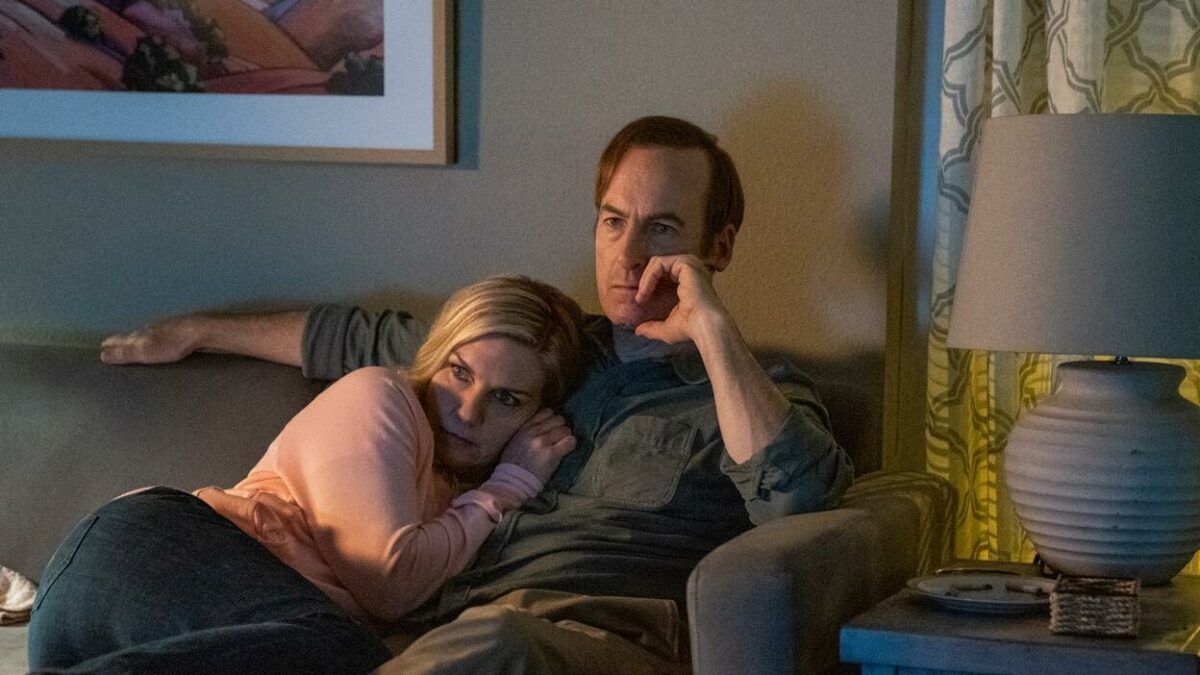 Better Call Saul is back with its sixth and final season, but it’s truly felt like time has passed way too quickly, as we’re already at the mid-season finale. The show is taking a short break before the second half resumes in July, and as you might expect, fans were left on a huge cliffhanger.

Here are some of our biggest burning questions we have going into the second half of Better Call Saul’s final season. Do be warned that this article contains major spoilers for the entire series, as well as major plot events from Breaking Bad.

This is the biggest looming question that’s been on everyone’s mind since the start of the series, and things are getting pretty serious at this point. We’ve pretty much just assumed this entire time that Kim would be completely out of the picture by the time the Breaking Bad era rolls around, but given how showrunners Vince Gilligan and Peter Gould love throwing curveballs at the fans, we wouldn’t be surprised if the show ended up revealing that she does play some part in the events of Breaking Bad.

With the way things stand now, however, it’s really unclear what Kim’s path forward is going to look like. The show has done a fantastic job of building her up as a character with a very troubled childhood, and as someone who might actually have a dark side that’s even scarier than Jimmy’s. Gilligan has also famously stated that everyone in the Breaking Bad universe ultimately gets what they deserve (except for Howard, probably), and considering that Kim has just been making one bad decision after another, I’m expecting some sort of great, tragic downfall for her.

The only question is, what kind of downfall is that going to be? Is she going to get disbarred, or killed?

Why Did Lalo Go After Jimmy?

Better Call Saul’s mid-season finale left us with a huge cliffhanger: Howard’s been shot dead by Lalo, and Jimmy and Kim are most certainly in danger. The big question here is: why did Lalo go after Jimmy?

We see him change his plans after he realizes that the Casa Tranquila phone lines were tapped, and deliberately puts Mike on high alert by making everyone think that he’s going after Gus. Here’s the thing, though: Lalo is looking for proof that Gus is betraying the cartel in some way. How does confronting Jimmy help him achieve this goal?

With the way things ended last season, Lalo seemed to buy Kim’s argument that Jimmy had absolutely no reason to lie about his journey to get the bail money. With how sharp Lalo has proven himself to be, it’s possible that he still has doubts about Jimmy’s motivations. Even so, from Lalo’s point of view, there’s nothing connecting Jimmy to Gus, Mike, or his attempted assassination, so it’ll definitely be interesting to see how he made his decision to look for Jimmy instead of making a move on Gus.

It also continues to baffle me that Lalo hasn’t contacted Eladio or anyone else in the cartel directly to let them know he’s alive. Once he figured out that Gus was on to him (with the bugged lines at Casa Tranquila), shouldn’t his first move have been to contact the cartel so that someone would have to be held accountable if anything else happened to him?

How Will Gus Deal with Lalo?

This ties in with our previous question, but a big showdown between Gus and Lalo is inevitable at this point. In an earlier episode, we saw Gus hide a gun in the underground meth lab, which heavily implies that he knows Lalo will eventually find out about the lab and try to investigate the laundromat.

All signs point to Lalo’s death, but is he really going to go down that easily? Shot dead by the chicken man with a gun? And if that is how he dies, how does Gus dispose of his body? Are we about to find out that Lalo’s been buried in the cement walls of the meth lab the entire time Walt and Jesse were working there?

When Do Jimmy and Kim Finally Split Up?

If Jimmy and Kim were gonna break up at any point in Better Call Saul, it would’ve been back in season 4, when we saw them start to drift apart as Jimmy went back to being Slippin’ Jimmy. Or it would’ve happened in season 5, when Jimmy went after Kevin Wachtell without telling her. As things stand right now, it would appear that their relationship has never been stronger.

However, things have changed pretty drastically with Howard’s death. Prior to the mid-season finale, Jimmy and Kim got their way through dirty, nasty, underhanded means but they never intended to actually hurt anyone. Howard’s death has got to signify a huge turning point in their relationship as the consequences are real now, and I’m absolutely anxious to see how Kim –usually so calm, cool, and collected– is going to react to that outcome.

How Will Howard Be Remembered?

I feel like I already know the answer to this question, but I hope I’m completely wrong. The mid-season finale saw Jimmy and Kim successfully portray him as an unhinged drug addict, and while his professional career would likely still stay intact, his credibility has been shattered and he’s almost certainly lost all respect among his peers.

With Howard’s death, it’s unlikely that anyone would think too deeply about it. His marriage was in shambles, he was probably dealing with a lot mentally and emotionally, and he’s been painted as an unreliable drug addict. It wouldn’t surprise any of his peers if they heard that he’d finally had enough and decided to shoot himself.

I guess the real question here is, will Jimmy and Kim face the consequences of what they did to Howard, and will they try to salvage his image and reputation in any way to try to make up for their actions? Given how grim this final season has been, and given that Lalo is back in their lives, the answer’s probably no. But still, one can hope.