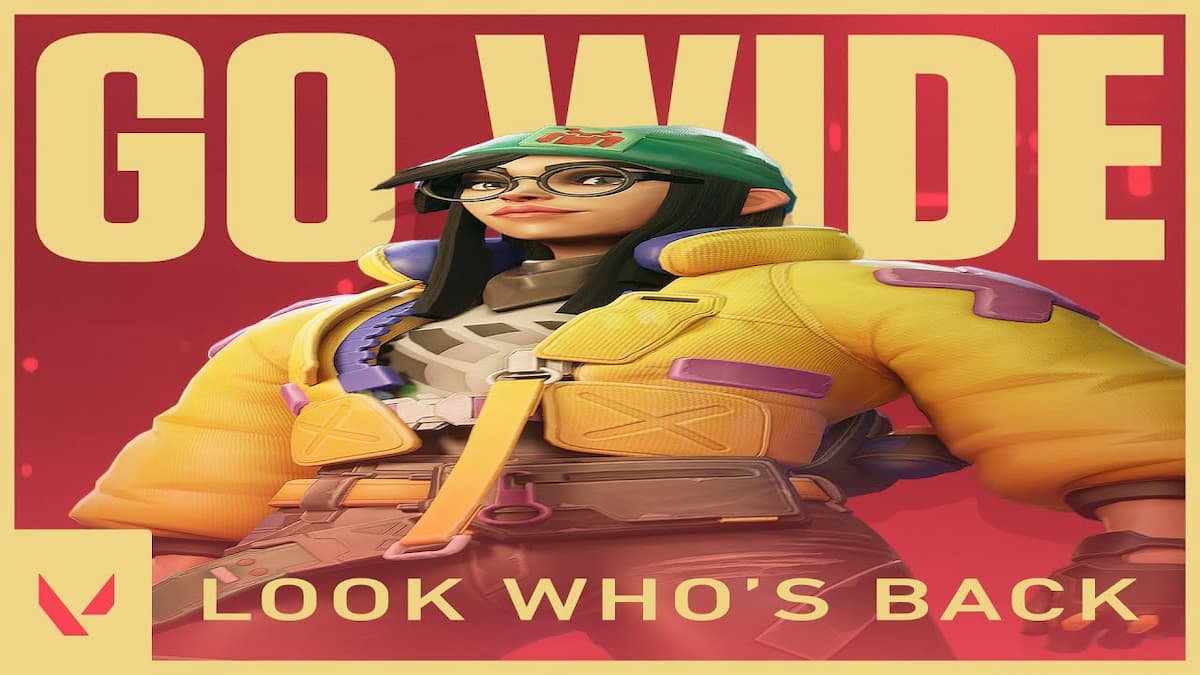 Riot Games has today got in on the April Fools’ Day act with the announcement of a new Widejoy gameplay mode, which is something of an inside joke that Valorant fans are likely to find amusing.

For anybody not up to speed, the meme occurred during Valorant’s Episode 3 after a Killjoy player card image was mistakenly added to the game in a stretched resolution by the development team. It soon became a bit of a gag to don the player card, and it was quickly named Widejoy for its appearance. Technically, it was a glitch that needed fixing, but the community saw the funny side and it has become etched into Valorant legend.

Unfortunately, it was later fixed in a subsequent patch, which actually saw petitions start to bring it back. That never led to anything, but Riot is apparently well aware of the meme and is today making light of the fact in its advertisement of the definitely not serious Widejoy mode.

As you’ll see in the trailer, the game mode plays out as a standard game of Valorant, except for the fact that Widejoy is playable in all her stretched-resolution glory!

She’s back. Did you miss her? pic.twitter.com/WoswpIjwdc

In other more serious recent Valorant news, you can check out our article wrapping up everything there is to know about the game’s upcoming Agent codenamed Bounty Hunter.