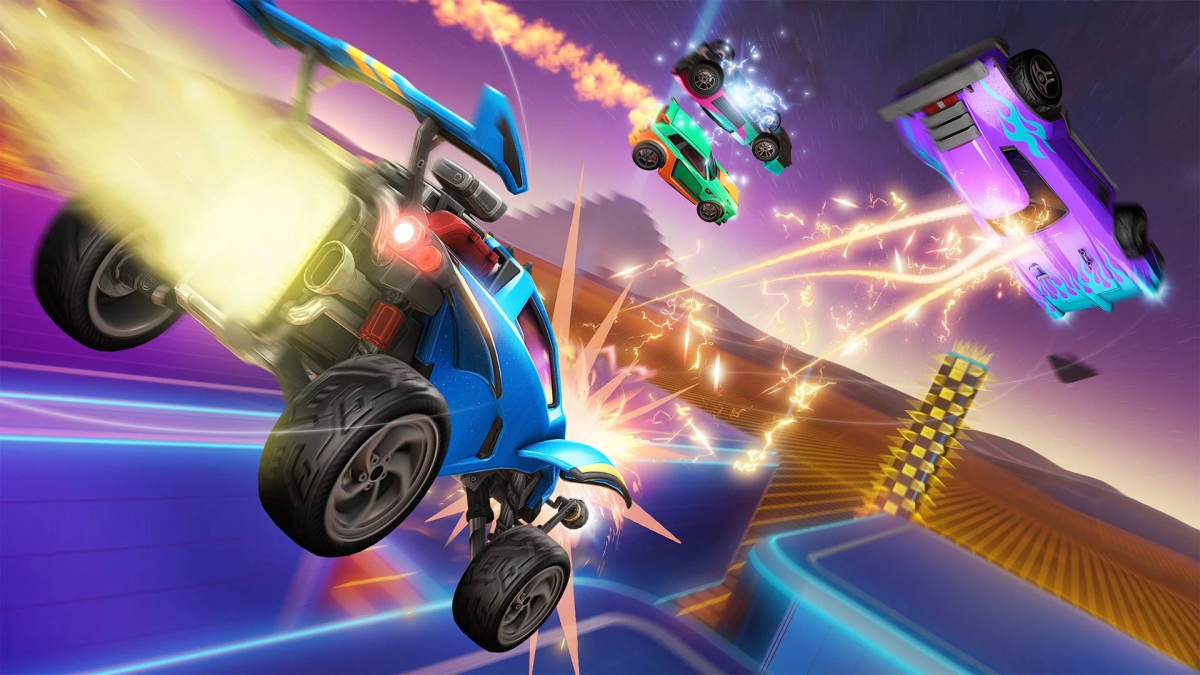 Rocket League will be receiving a new limited-time mode next week where the battle-cars will be combating each other directly instead of playing soccer, developer Psyonix announced today.

The new mode is called Knockout and features up to eight players with no teams involved. Each player will receive three lives and knock others out of the “Safezone” translucent dome for 10 seconds or into various hazards below the platform, such as spikes or lasers, for an instant death. The Safezone will continually shrink throughout the match, and will enter Sudden KO rules with increased power after six minutes.

The battle-cars themselves will receive a few new tricks besides boosting into other cars with grab and block buttons. Dodging into an opponent will grab them and dodging again will throw, while the block will reflect oncoming attacks if timed properly. Players will also have other abilities not found in the regular, such as locking on or stunning other players and triple jumping.

The new mode is part of the limited-time Knockout bash event starting April 27 until May 10. Players will be able to earn spring-themed items and Golden Gift Baskets that reward with Victory, Accelerator, and Turbo items by completing in-game challenges.