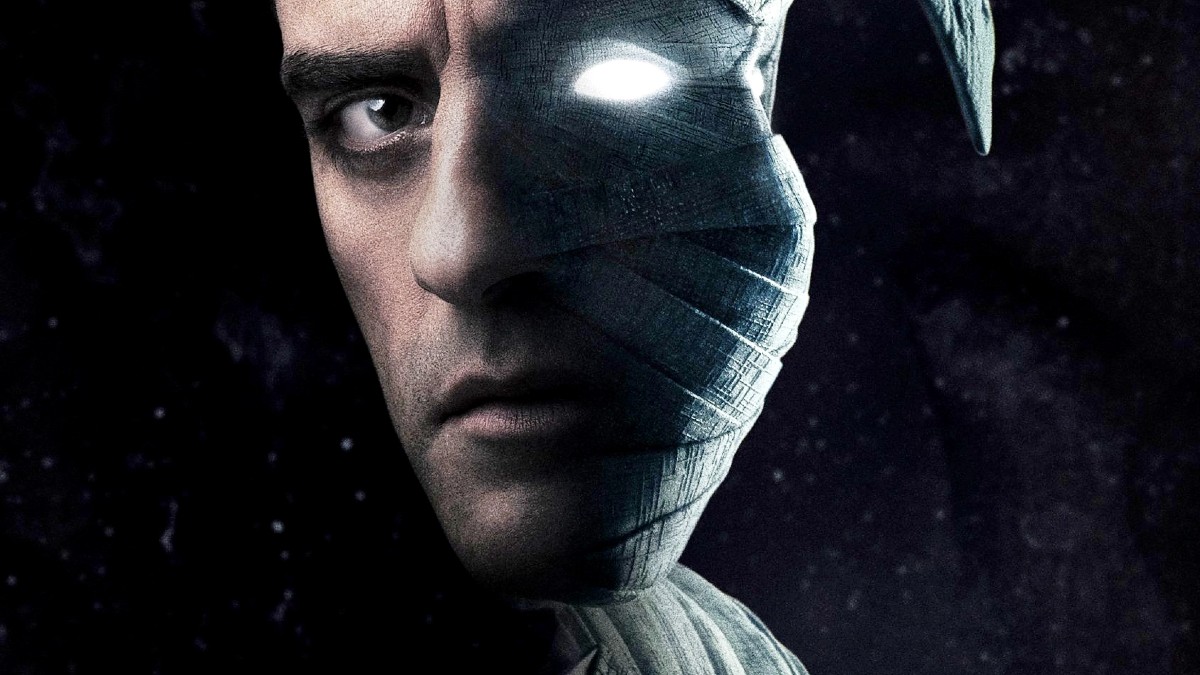 Last week we finally got the first episode of the long-awaited Marvel TV series, Moon Knight, starring one of the hottest actors in entertainment at the moment, Oscar Isaac. It’s a wild ride that casual and hardcore Marvel fans can both find something to keep them pulled into the world.

The story begins following protagonist Steven Grant, a mild-mannered Museum gift shop attendant that moonlights as the badass mercenary Marc Spector. While that may sound like a jarring side job, it makes sense once it’s revealed he’s a former Marine and CIA agent.

While working those jobs, Spector would always be the one who ended up with unsavory assignments, like assassinating people in Africa and South America. One mission in Egypt nearly killed him, though he was saved by the god Khonshu in exchange for becoming his avatar.

Acting as the vessel for a god gave him powers like unmatched martial arts abilities, superhuman strength, and even immortality but it also came with a harsh side-effect, causing him to suffer from dissociative identity disorder (DID).

Spector frequently loses consciousness and wakes up in rather precarious situations like driving a van down a mountain backward in a high-speed chase. This obviously results in some wild situations and really gives a chance for Oscar Isaac to show off his range by portraying such a complex character.

Isaac has already proven to be a fantastic actor that brought a wide range of characters to life, like the freewheeling flyboy, Poe Dameron (Star Wars Episodes 7-9), and the infinitely more stoic Leto Atreides in Dune.

It’s certainly not the same playing vastly different characters in different films and then trying to do it in a single TV show. Yet, Isaac still nails it. In the final scene of the first episode, we see Grant being chased by a jackal. Spector is heard appealing to Grant that they will live if he takes over their body.

This is where Isaac’s acting expertise shines. We see Grant cowering in fear in the mirror and then his reflection suddenly start moving on its own and assumes a more confident posture. This is where we start to hear Spector talk to Grant. Forgetting the accent, Isaac puts on for the shopkeep; his overall meek demeanor makes it incredibly easy to tell the difference between him and the more confident, more violent Spector.

The existence of those two diametrically opposed personalities gives some pause since it perpetuates the stereotype that people who suffer from mental illness are or at least can be dangerous. In reality, DID comes about when someone experiences a trauma so significant that the brain causes a disassociation from your situation to avoid being reminded of the initial trauma.

The amnesia portrayed in Moon Knight is common among people with DID. Yet, the end of episode one makes a big reach since it’s extremely rare that someone with DID will know they have the illness, let alone be able to communicate with the other identities. Then again, this show also deals with people who are avatars for ancient Egyptian gods.

Despite the few inaccuracies, there is reason to have hope that this won’t be another case of perpetuated stereotypes since it has been reported that the showrunners did their research before tackling this very serious topic. Plus, the fact that Spector was able to get a date with someone Grant knew indicates that the tough merc might just be a more confident personality. Maybe he just saves his violent streak for those who are trying to cause harm to others.

And boy, does he ever rain down considerable violence on the bad guys. So far, Moon Knight is already feeling close to the Marvel shows that originally launched on Netflix in terms of how far they’re willing to go with violence despite the few fight scenes in episode one.

Grant’s blood-soaked fist clutching the golden scarab and the way Moon Knight utterly pummels the jackal at the end of the episode is indicative of massive tonal shifts from the more cheery feeling of the last Marvel show aired on Disney+, Hawkeye.

However, much like Hawkeye, Moon Knight appears to be telling a more narrowly focused story compared to other MCU content. There are only so many multiversal threats you can take before they start to become repetitive. Although Moon Knight deals with Egyptian goddesses and gods like Ammit and Khonshu, it still feels manages to feel smaller.

That’s because the intriguing story this show is telling isn’t trying to be more than an introduction to Steven Grant, Marc Spector, and Moon Knight. There are still potential cameos to look forward to, but for the first time in a while with an MCU show, most of the discussion around the program is focused on the story and its implications in the universe as a whole instead of the potential of other characters showing up.

On top of the entertaining story, there are so many questions that the first episode brought up. Who is Grant calling on the phone when he thinks he’s calling his mother? Who keeps sending him postcards from around the world? Why is the golden scarab so important? How did the antagonist, Arthur Harrow (Ethan Hawke), become the avatar for the goddess Ammit?

The fact that Moon Knight can still keep even the biggest fans at a loss for what’s coming next is an indication that the rest of this show will likely be gripping and may even be unlike anything we’ve seen in the MCU.