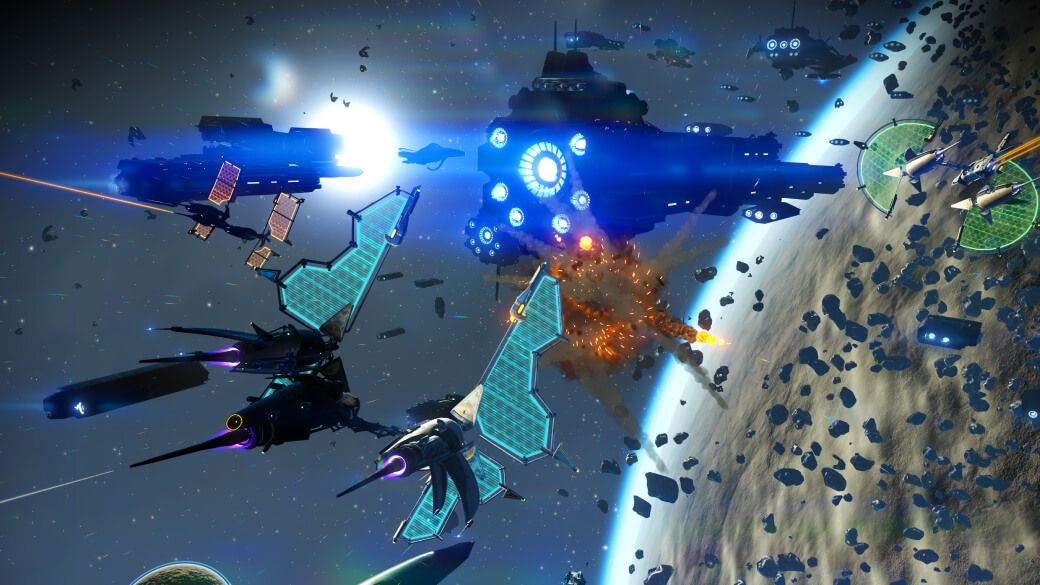 Hello Games is continuing its quest to turn its popular game No Man’s Sky into the ultimate sci-fi simulator, and a new update is coming today.

Numbered 3.85 and dubbed “Outlaws,” the new update comes with plenty of content and features as usual.

You can get a taste in the trailer below.

The Outlaws update includes a new type of ships with charming solar sails, stations and systems under outlaw control, improved space combat, smuggling, new combat effects, the ability to own up to 9 ships, in-atmosphere combat, bigger cargo holds, and much more.

Perhaps one of the most exciting features is the ability to recruit and upgrade your very own fighter squadron with pilots from all over the galaxy.

Other goodies like cloth simulation, a new expedition, energy shields, the ability to play as a pirate yourself, and planetary pirate raids top up the sizable amount of new content.

No Man’s Sky is currently available for PS5, PS4, Xbox Series X|S, Xbox One, and PC. A Nintendo Switch version will release this Summer.