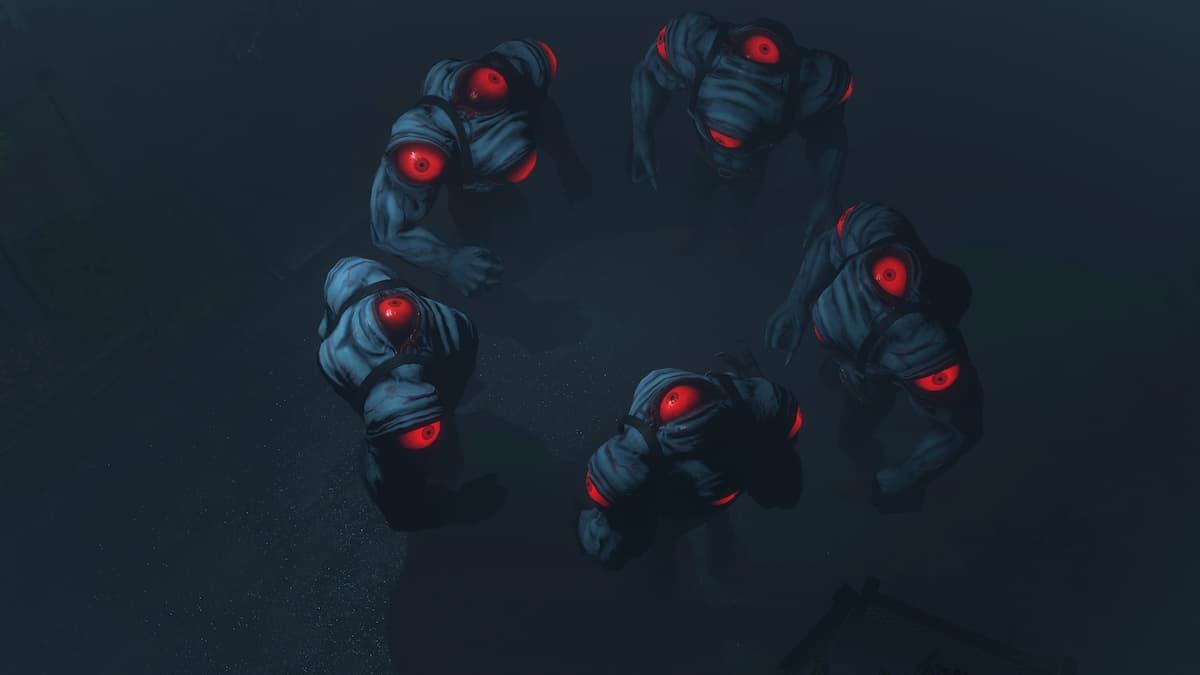 In Nightmare on PS5

The key to a good horror game is giving players new things to be afraid of, hiding new tricks around every corner so fear can’t turn into frustration. In Nightmare sadly wasn’t developed with this idea in mind; instead, nearly every threat or new monster doesn’t add anything to the game outside of a new gimmick you must learn how to avoid. Time and time again it provides more overwhelming annoyance than it does a sense of victory when finishing an area that was proving to be difficult.

It doesn’t help that too many sections of In Nightmare boil down to one simple objective: run down a corridor and avoid a pursuing monster. The first chase sequence was fun and useful for getting used to the game’s controls and test out the sprint speed of the main character. However, after far too many instances of entering through a door and seeing the telltale cutscene that lets you know you are about to be chased, it got old quickly.

While the escape path is usually just a corridor to maneuver through, there are occasionally small obstacles to move or switches that must be pulled to gain some ground. In one instance, as you run through open gates, you must hit a switch on the side to lower the gate on the pursuing monster and slow them down. The problem with this is the interaction is a little finnicky and I’d often lose any time gained just trying to get the game to let me press circle and use the thing.

When you’re not fleeing from enemies in this manner, you’ll be avoiding them in a large, maze-like area as you try to navigate the sequence of steps to open the correct door to leave. However, no matter how many steps you are into this process, if you get grabbed by the monster, you must do it all over again. This checkpoint system is sometimes forgiving, but other times it feels like you’re being routinely punished when you just want to get clear of the constantly annoying enemies.

As far as the story goes, you play as a boy named Bill sometime in the 1970’s. Though, it’s more like a fractured subconscious that doesn’t even recognize itself as being Bill. The story is told mostly through collectible notes that reveal Bill is in a deep coma, and is reliving all of the greatest hits of his terrible life through dreams. If you are interested in depressing stories, In Nightmare is for you. From unhappy, divorcing parents to dad’s new wife being the evil stepmother, it’s got it all.

While you do certainly have to collect and read the notes to get a solid handle on what’s going on, the game also gives mandatory short scenes of ghostly figures pantomiming often vague scenes that don’t always give the clearest picture of the situation. While the notes feel mostly optional, this is where they have a role to play to help bring clarity to the more confusing scenes.

The game follows Bill’s tainted memories as he goes through chapters that are set inside his house with his constantly angry parents, his new school, and a therapist’s office. There are others from there, but they get slightly more abstract in what they are supposed to convey.

It’s not that In Nightmare doesn’t have actual puzzles, there are even some actually really fun ones. There is a puzzle that involves rotating a series of circular chambers that you need to shift clockwise or counter-clockwise to find the correct path through. That whole puzzle felt neat.

The legitimate puzzles always felt like the best parts of gameplay because I was alone to reason with myself for the solution. In these instances, I wasn’t working against the clock of a rapidly encroaching enemy. But sadly, the fun puzzles are few in far between in favor of dodging enemies to complete tasks like finding a battery for an elevator or pulling a few switches.

In this journey, Bill isn’t alone. He’s followed by golden butterfly Bikti that used to come to him in the waking world as well. Bikti is where most of the helpful mechanics in the game are found. Bikti has the ability to send out a pulse showing where monsters are in relation to Bill, and can also shine to improve visibility in dark areas. Scouting ahead is also possible, thanks to the fact that there is a limited distance from Bill that Bikti is able to travel around, letting you possible chart a course through the area.

All of Bikti’s abilities are upgradeable, provided you find the often well hidden upgrade locations which give reasons to explore. Though, just finding one isn’t all of there is to it. Just about every meaningful upgrade in this game, be it Bill’s stamina or how long Bikti can hold its lit up form, requires finding three things to upgrade it just once.

Environments are nicely designed, it takes what would normally be a mundane location and, when run through the filter of Bill’s coma dream, amps up the daunting aspect. Early on in the game you’re running down a street strewn with upturned cars all over the place, but as you get later in the game and more has been revealed you understand why that area is overlapped with a different section of his dreaming, and it gives a nice feeling of understanding to this broken world.

In essence, In Nightmare is a narrative heavy puzzle game where all too often you must engage in more action heavy scenes in order to progress. That, coupled with frequent sections where you must navigate a room of either a single monster or multiple and avoid detection, caused the game to wear out its welcome sooner than it should have. When it’s just puzzles where you have have all the time in the world to reason out is when the game works best, and I found myself wishing for more of that as the game went on.