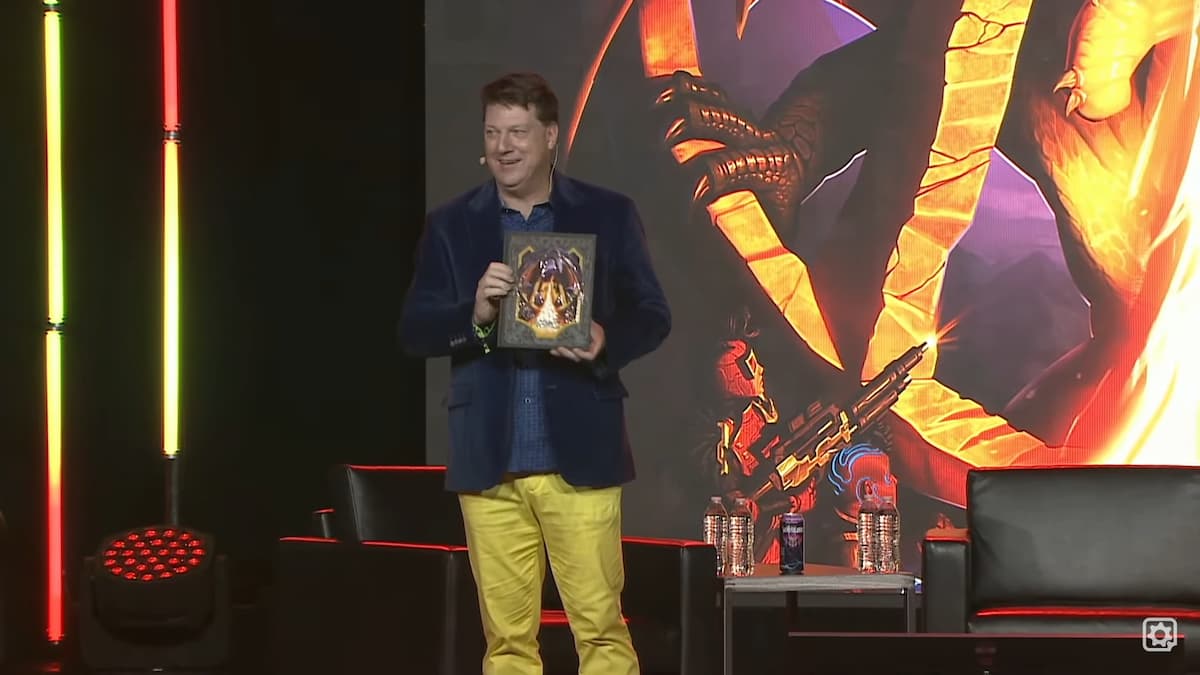 This collaboration will take the form of a Borderlands lore book that covers all the background story in the Borderlands series. Any fans out there know there is plenty of lore to cover, and Dark Horse Comics makes sense to help produce it.

You can find the video of the panel to see all this for yourself here and below:

Also briefly announced is a new Borderlands comic book series coming from comic writer Amy Chu. Amy Chu has written on series of beloved comic book characters such as Red Sonja, Poison Ivy, and Green Hornet. Not much was said on when the comic book might be out and it is unclear if it will also be produced through the partnership with Dark Horse Comics.

This isn’t the Borderlands series’ first foray into comic books. Borderlands: Origins was written by Borderlands 1 writer and Creative Director Mikey Neuman. The comic was published by comics giant IDW and told the story of Borderlands 1’s Vault Hunters over the course of four issues in 2013.

A great bit of information was given on Bunkers & Badasses, an actual tabletop RPG inspired by the Borderlands 2 Tiny Tina’s Assault on Dragon Keep DLC that started it all and the recently released Tiny Tina’s Wonderlands. While the base version of Bunkers & Badasses will be just a source book, there will also be a deluxe edition that includes miniatures and even a massive inflatable D20.

You can check out our review of Tiny Tina’s Wonderlands here.