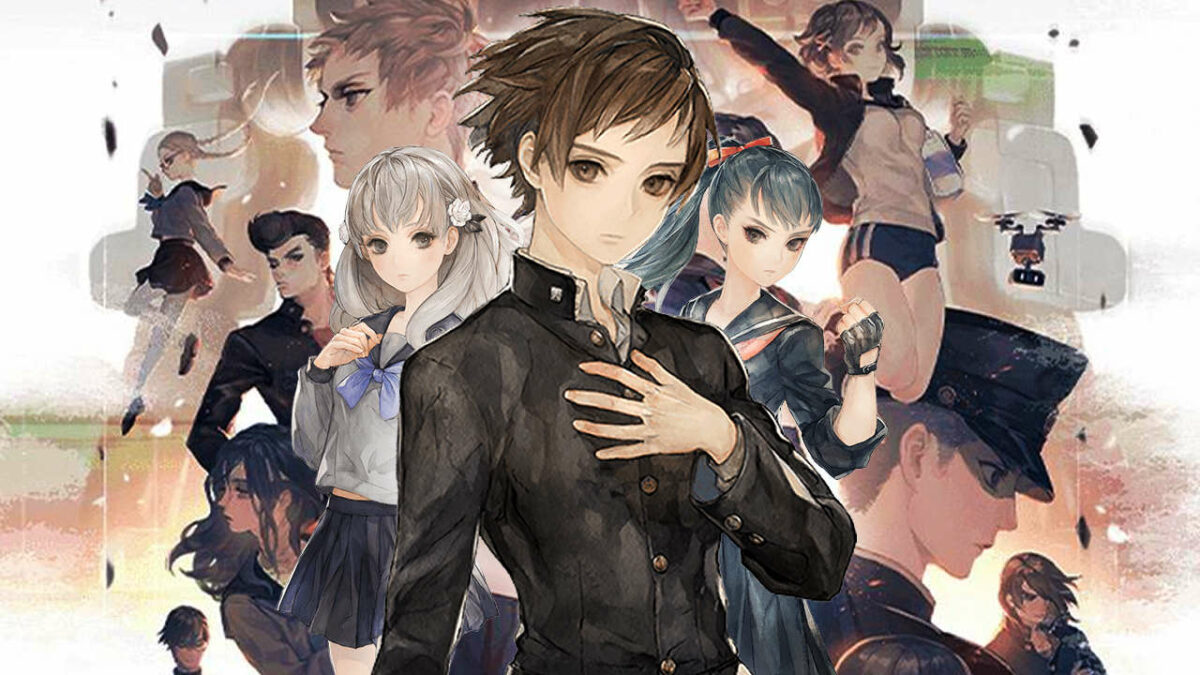 Two years ago, I praised 13 Sentinels: Aegis Rim for its fun RTS combat and its visuals. Vanillaware truly outdid themselves with this one; the game is great at consistently stunning the player with its jaw-dropping pastel colored vistas and glorious mech robots. Outside of the combat, you can tell that a lot of care has been taken with virtually every scene in the game and it’s just a pleasure to look at.

While it’s clear that there have been some compromises that had to be made with the Switch port, I’m now thoroughly convinced that the Switch version is the best way to experience this game.

Think of 13 Sentinels as a comfy bedtime story that you can take with you to bed, and you’ll quickly realize that the Switch port offers all of that and more.

I’ll get the cons out of the way first. Right off the bat, the combat sections on Switch look a lot less chaotic than they did on the PS4. The sheer number of enemies on the map also looks considerably smaller, and while the satisfying explosions that you see when you blow up an entire cluster are still there, they’re not quite as pronounced. The environments also look a little flatter overall, but considering that the battles in 13 Sentinels could get so hectic to the point of causing severe slowdown on the PS4 (especially the late-game fights), I can totally see why those compromises needed to be made here.

The good news is that aside from the combat segments, virtually every other aspect of the game looks just as beautiful on the Switch as it did on PS4. Most of my time with the game was spent in handheld mode on the OLED model, and it looks stunning.

13 Sentinels: Aegis Rim isn’t afraid to flaunt its striking visuals and character models at every turn, and, simply put, I found myself constantly marveling at just how great it looks. Especially on the OLED model, the warm colors look really vivid, serving as a nice contrast to the deep blacks that you get during combat and the darker scenes. The game still looks pretty nice on a larger screen when you dock the Switch, but being able to see every sharp detail on the small screen and being a lot closer to it made the overall experience feel more immersive.

The Switch version also sees a few improvements to combat and balance as well, as Vanillaware has nerfed a couple of moves that made the game way too easy back on the PS4. The notorious Sentry Guns, for instance, have been nerfed considerably, meaning they’re no longer the go-to move for 95% of the battles. As a result, every character and their Sentinel feels a lot more important and impactful on the battlefield, as you now have a reason to make use of every single one of them.

To add to that, each character has also gotten new moves that are unique to them, adding more variety to the combat overall. This is crucial, especially since the RTS combat was arguably the weakest aspect of the game back when it first launched.

The combat screens are still not particularly pleasant to look at, with menus upon menus and numbers flooding nearly every inch of the screen, and explosions just going off everywhere. If you weren’t a fan of the aesthetic of those combat segments, you likely won’t find much to love here. But if you didn’t mind them, and if you wanted more of a challenge towards the end of the game, the Switch version does improve upon that front.

13 Sentinels: Aegis Rim was one of the most unique sci-fi experiences of 2020, and that sentiment certainly hasn’t gone away even on a second playthrough. The stupid sexy robots strike again.