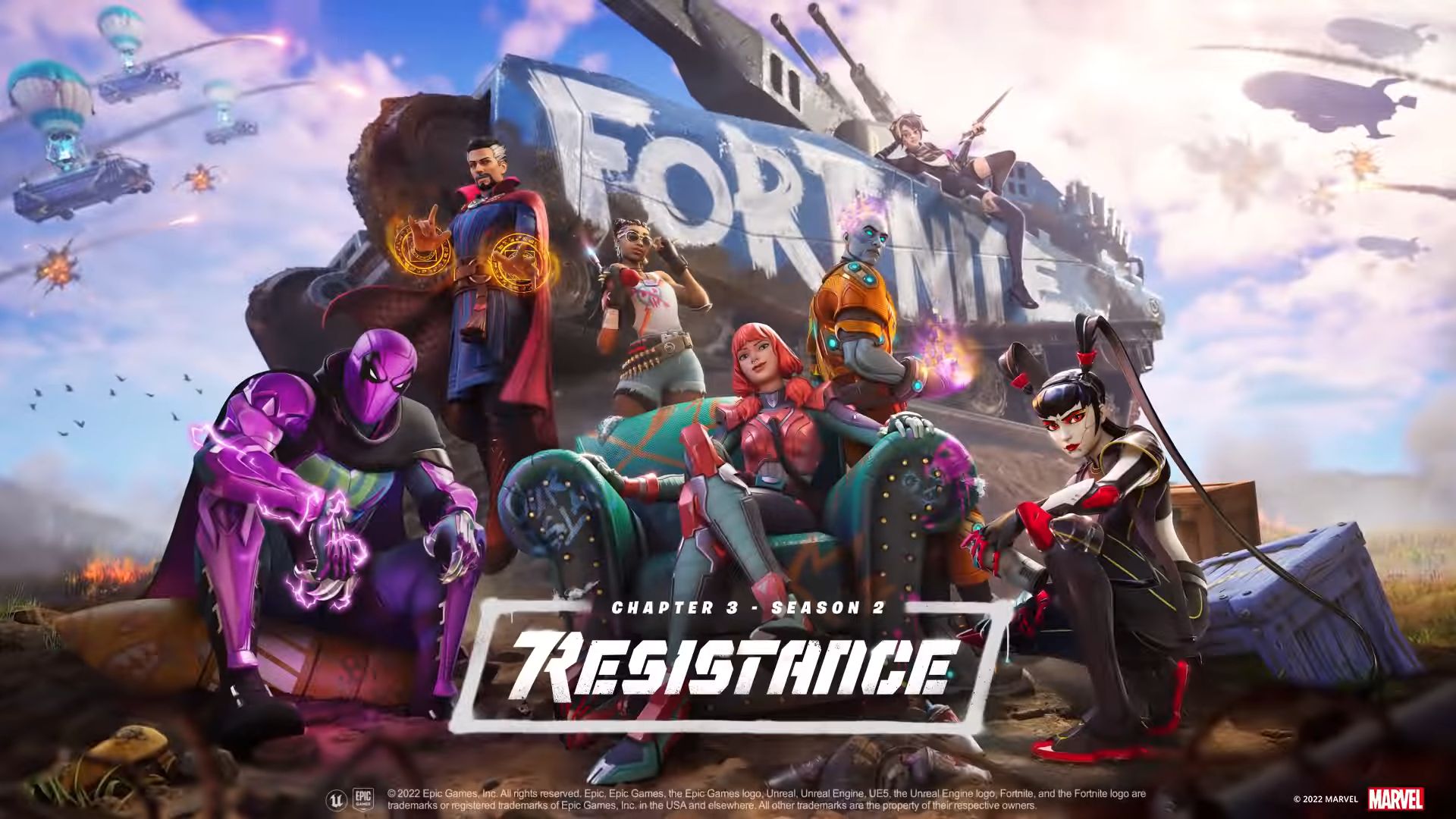 Fortnite’s Chapter 3 Season 1 just ended a couple days ago with just about zero fanfare or special season ending event, but it seems that was just to keep the surprise of the upcoming Season 2: Resistance which is not yet live. The Imagined Order players once again fought in Chapter 3 Season 1 are back in full force in the trailer, and everyone will need some major help in this battle for the Zero Point.

That’s where the biggest twist of the trailer comes in: Doctor Strange portals in just like the emotional scene at the height of the Avengers: Endgame fight with Thanos. It seems the appearance of Spider-Man in the Chapter 3 Season 1 wasn’t just a one-off after all and there will be a far greater level of Marvel involvement in Fortnite going forward.

The trailer is a brief look, but it’s possible that we’ll get another Spider-Man with Miles Morales, seeing as the Prowler will be entering the fray. Doctor Stranger and Iron man are the most notable characters joining up, so we can expect some items themed for both of them in the battle pass.

As far as gameplay changes the trailer hints at, it seems there might soon be a way to completely erase another players building with a grenade or sorts.

You can see the trailer for yourself here and below:

As said, there is currently a Fortnite update out across all platforms to get players into the new Chapter 3 Season 2 Resistance, but the servers are not up yet it seems and there hasn’t been an announcement for when the new season will be available to play.

If this entices any new players, Fortnite can be found on every single platform imaginable PC, Switch, PlayStation 4/5, Xbox One & Series X|S, and Mobile.