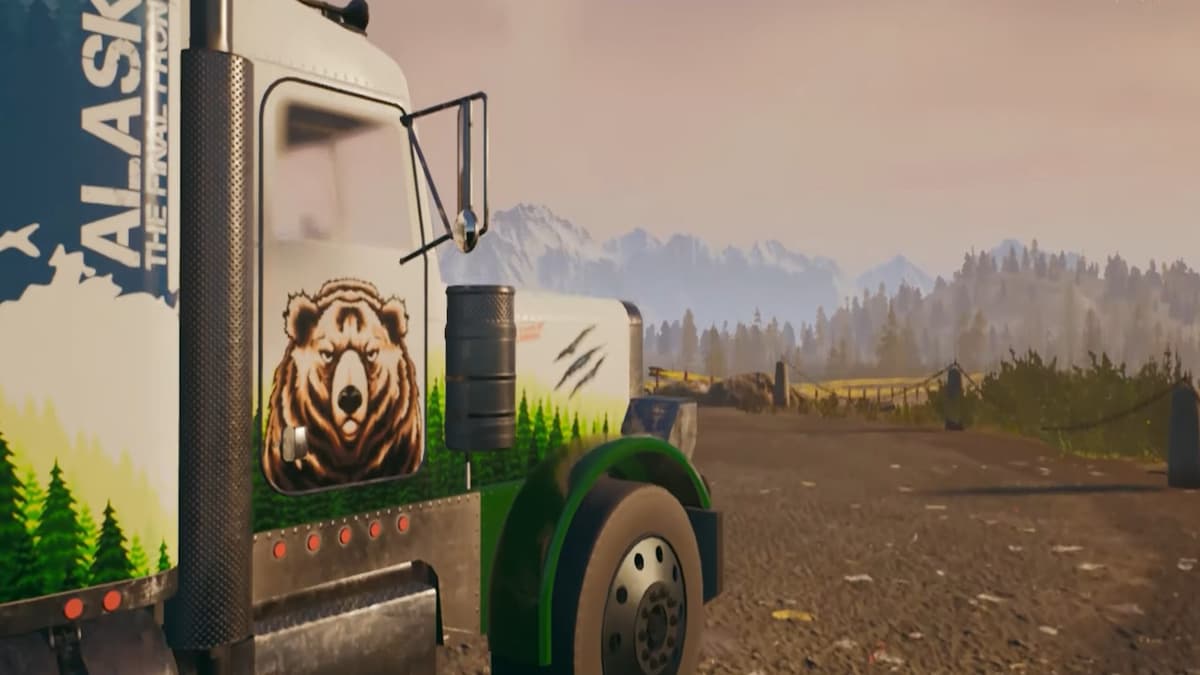 Earlier today during the Future Games Show Spring Showcase, a brand-new trailer for Alaskan Truck Simulator was revealed. This most recent footage of the title focused exclusively on the gameplay that you’ll be able to experience when Alaskan Truck Simulator launches for PC, Xbox One, Xbox Series X|S, PS4, and PS5 in quarter four of this year.

The trailer starts out with fairly basic truck simulator gameplay. You start up your vehicle, start driving, back up and hitch a trailer onto your semi. And then there’s the beautiful scenery that you get along with the setting of Alaska.

From here it shows off even more in-depth gameplay like stopping at a gas station to get out and refuel your truck and pick up some snacks from the convenience store.

At one point we also see the driver start to nod off while driving. At this point, they pull off the road to rest up in their cab and sit down for a meal. An ice scraper item can also be seen in the player’s inventory at this point, indicating that you occasionally may need to remove ice from your windshield.

At the end of the trailer, we also see the tag line for the game, “Be a trucker. Not a truck.” This is a clear reference to past truck simulators that only focus on the driving side of the simulation.

You can check out the official gameplay trailer for Alaskan Truck Simulator down below.

And if truck driving sims aren’t your cup of tea, then there surely was at least something else worth seeing in the rest of the Future Games Show Spring Showcase down below.