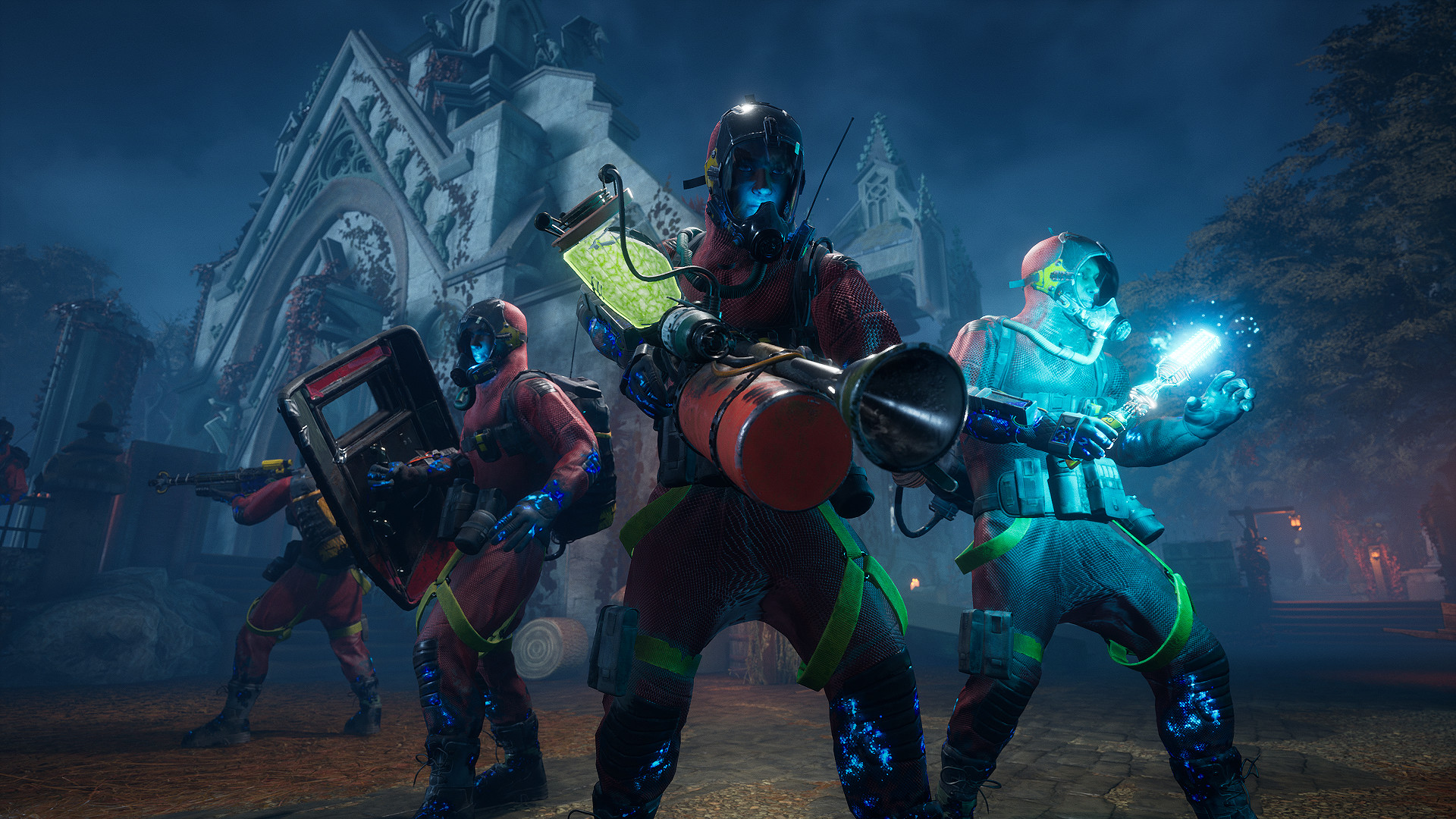 The trailer is basically an extensive showcase of the gameplay mechanics, which mixes third-person shooter elements with hide-and-seek mechanics in rather interesting Ghostbusters-like online matches.

The game will release in early access on Steam this spring, so you’ll soon be able to enjoy it yourself. Below you can check out the trailer itself and a list of features for the early access launch.

Lying in wait across a series of cursed locations, relentless spirits stalk the halls. Assigned to eliminate them are the Ghost Hunters, armed to the teeth with the ghoul-busting tech to banish them to another realm! Play both Ghost and Hunter in a chaotic 4v4 struggle between the living and the dead.

TONGUE-IN-CHEEK HIDE-AND-SEEK
As a Ghost, conceal yourself inside seemingly harmless pieces of furniture to evade preying Hunters… but when their backs are turned, turn the environment against them with telekinetic bombardment. No chair, lamp, or grandfather clock is innocent in this hijinks-heavy frenzy.

MIDNIGHT MAYHEM
The fun isn’t over yet…when the clock strikes twelve, the witching hour begins, and the Hunters become the Hunted. The tables turn and Ghosts become supercharged, giving Hunters a limited amount of time to survive their vengeful wrath.

MURDEROUS 4v4 MULTIPLAYER
Play together and communicate with your team and ensure a triumphant victory, giving each other pointers on the paths enemies tend to tread. Create synergies with your team’s abilities to outthink and outwit your opponents.

HARNESS SUPERNATURAL ABILITIES
The restrictions of reality don’t apply to Ghosts, of course. Claim your supernatural powers, which include turning invisible, causing furniture to float, and conjuring a dangerous Ghostly miasma. Ghosts can even hide in plain sight by masquerading as a Hunter’s doppelgänger!

Ghostly Perks include avoiding traps with Untrappable, seeing nearby Hunters through walls with Perception, and extended possess range with Ghostly Reach.

ARMED AND READY
Hunters must choose their weapons from a full range of hi-tech gadgets designed to cast out Ghosts from our plane of existence. Detect ghostly presences with the Spectrophone, Radar and Pathfinder, capture them with a Trap, and suck up their spectral remains with the Vacuum – or just blast them to smithereens with the Spectral Cannon, sledgehammers, harpoons, salt-spewing shotguns, and more.

Hunters can also select Perks to give them a special boost. Choose from Lightweight’s extra burst of speed, Healing Aura’s health-replenishing capabilities and a host of other powers to get ahead of the game.

A BEVY OF BLOOD-CURDLING MAPS
Explore an array of unsettling settings, including an abandoned theatre, eerie mansion and cursed pirate ship. Each location brings with it different tactical considerations and items to throw about… as well as varying opportunities to play tricks on your opponents.