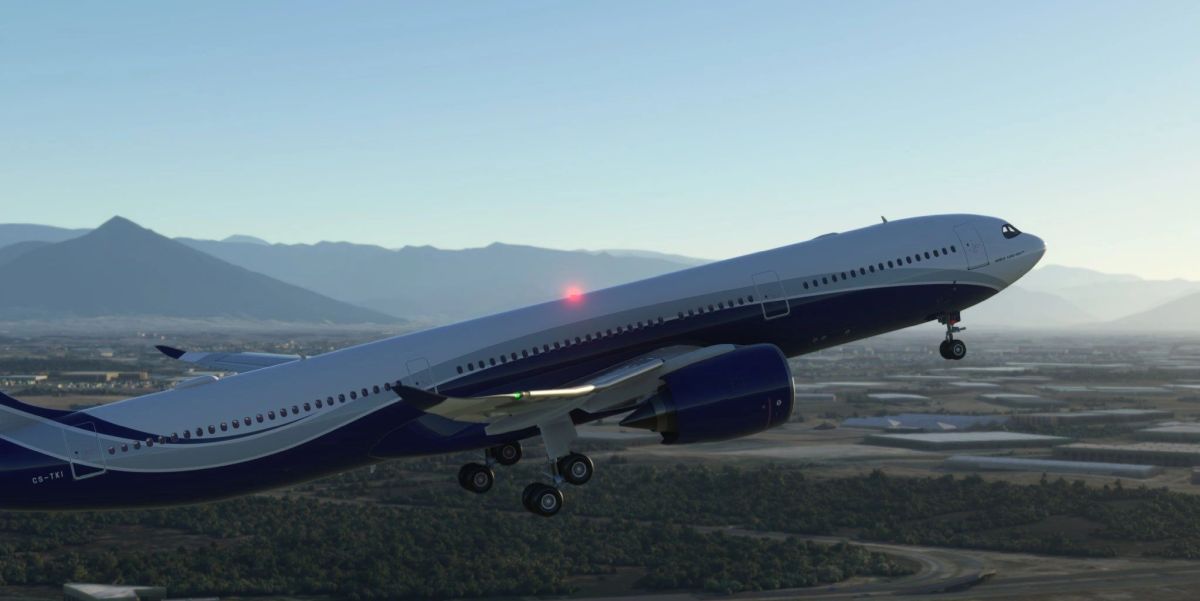 Today Microsoft and Third-party developers had relevant news and releases to share about Microsoft Flight Simulator and its add-ons.

We start with the announcement that the beta of Sim Update 9 is starting tomorrow. Joining the test will become available in the next few hours and the build will be distributed tomorrow, April 1.

You can find out how to join here, while update notes have not been announced yet. Do keep in mind that this is a pre-release test likely to include issues and that you shouldn’t join if you just want a preview, as it may negatively affect your enjoyment of the sim.

Then get another screenshot of the upcoming update for the freeware Airbus A330neo by Headwind currently in active development and already available on Flightsim.to.

The release should come in a few days, and a new paint kit is currently available for those who want to work on liveries.

Gate15Scenery provided the first images of the first model created for its next airport in Japan, Tokushima Awaodori Airport (RJOS).

It’s a more ambitious project compared to the developer’s previous releases, as it’s a bigger airport that is used both by airlines and the Japan Self-Defense Force.

FSimStudios revealed that its rendition of Toronto City Billy Bishop Airport (CYTZ) in Canada will be released tomorrow (April 1) for $15. Below you can find a list of features and a gallery of screenshots.

Simnord revealed its next airport, and it’s Endelave Airfield (EKEL) in Denmark. This one if a fairly small general aviation airport with a grass runway.

Below you can check out a single screenshot.

Moving on to releases, we start with something fairly peculiar. Marine Flightsim released the Warship Fleet Pack, including three playable warships that you can use to cruise the seas of the simulator.

These include Japanese Destroyer JS Kongou Class DDG-173, Battleship North Carolina BB-55, and another one which I won’t name.

You can check out a trailer and a list of features below, while the package is available on Simmarket for $18.80 plus applicable VAT.

Beautiful Models of the World released Pamplona Airport (LEPP) in Spain. For now, it’s available only on the official in-sim marketplace for $9,99

Prospective buyers should keep in mind that the airport will also be released likely before the end of the week within the developers’ growing all-access collection which includes 26 airports (counting Pamplona) for a €32 one-time payment, promising more to come down the line. That’s likely a much better deal compared to the single purchase.

This is exclusively available on the official in-sim marketplace for $21.99. You can check out a trailer below.