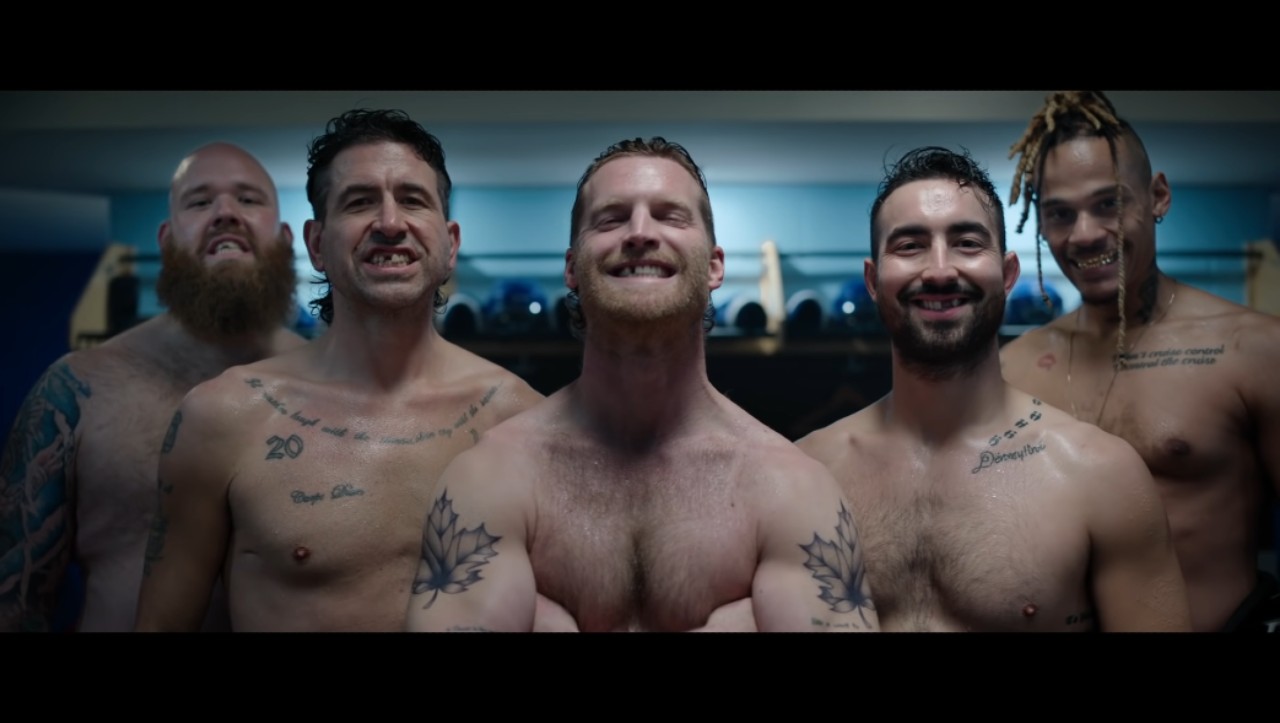 Everyone’s favorite trash-talking Letterkenny hockey player is almost here, as a brand new teaser for Shoresy has just been released. In the trailer, we not only get a release window of “coming soon” for the show, but we even get to see Shoresy’s face for the first time.

While that may not sound like a huge deal, anyone who has watched Letterkenny knows why that’s a huge deal.

Throughout the entirety of the series, Shoresy has existed as a minor background character that only shows up during hockey segments of Letterkenny. Every time he does show up, usually trash-talking Jonesy and Riley, his face has been hidden. This was obviously done so as not to draw attention to the fact that the character is also played by series creator and lead actor Jared Keeso, whose main role is Wayne.

Due to the popularity of the character, though, Letterkenny eventually announced that Shoresy would be getting his shown spinoff series that sends him north to play for a struggling Triple-A hockey team. And while we don’t have entirely too much info on the show as of yet, getting to see the face reveal and a tease for the characters that will play alongside the character is a lot more than many expected.

For now, we will just have to wait until Shoresy skates its way to Hulu and Crave at some point in the near future. While you’re here, you can also check out all of the news, features, and quizzes we’ve got for Letterkenny, which fans of the series will surely love.