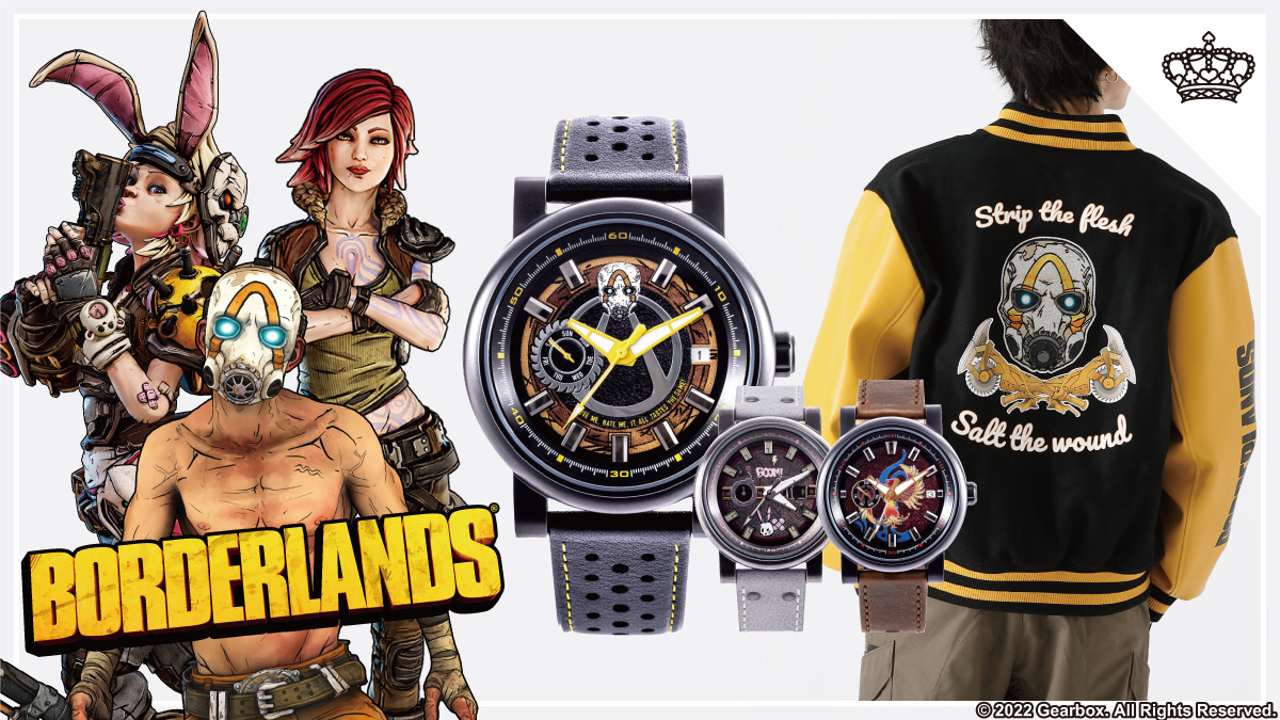 Despite being released almost three years ago, Borderlands 3 is still a fan favorite, as players can’t get enough of the chaotic world and fun gameplay. To celebrate that success, pop-culture fashion brand SuperGroupies is teaming up with Gearbox to bring everyone some amazing apparel.

In the collection, Borderland 3 fans can get some cool backpacks, watches, and jackets that they won’t find anywhere else. You can check out the official press release for these items, as well as some photos for the Tina, Lillith, and Psycho merchandise right down below:

The Borderlands series is a co-op shooter-looter RPG franchise created by Gearbox Software and published by 2K Games. Borderlands Game of the Year Enhanced including DLCs was launched on different platforms such as PC (Steam), PlayStation®, and Xbox.

The story follows Vault Hunters searching for the Vault, which is rumored to contain advanced alien technology and other priceless riches. They have to prevent the Vault from falling into the hands of the Atlas Corporation and its privately-funded paramilitary forces.

In the latest game, Borderlands 3, Vault Hunters have to tackle the threat from the Calypso Twins, Troy and Tyreen, who lead the weaponized worshippers, the Children of the Vault. With the help of characters like Lilith (the leader of the Crimson Raiders and one of six Sirens) and explosives expert Tina, new protagonists Amara, FL4K, Moze, and Zane embark on their adventure across planets. There are also campaigns such as allowing players to get in-game items like Golden Keys and Diamond Keys by following the official social media accounts, allowing players to enjoy the game in a variety of ways.

Here, we introduce our collaboration fashion items inspired by Borderlands 3, including watches, bags, and a jacket.

Anyone interested in pre-ordering, these Borderlands 3 items can head to the official SuperGroupies website from Feb. 8 until Feb. 27 at 87:00 PM, 2021. There, you’ll be able to get the watches, bags, or jacket together or individually, each with a delivery date varying between Late-July to Mid-August 2022.