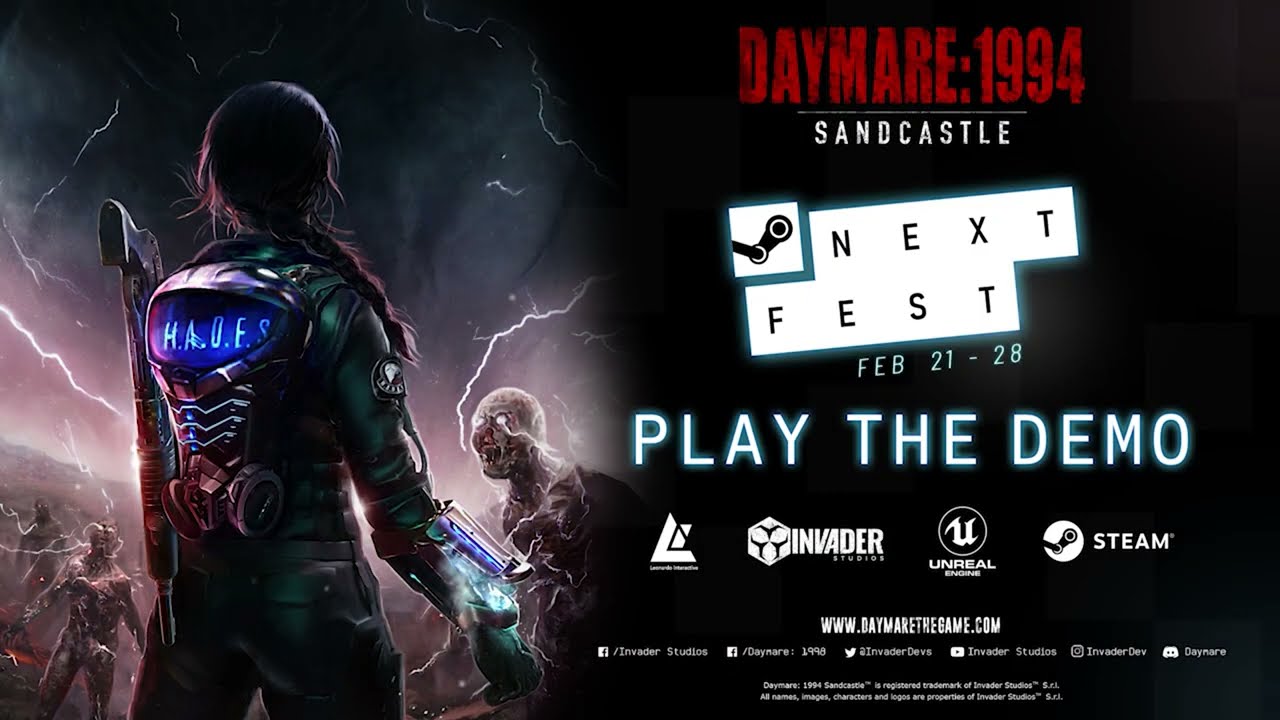 Publisher Leonardo Interactive and developer Invader Studios have announced that its survival horror prequel Daymare: 1994 Sandcastle will release a free demo as part of the Steam Next Fest celebration from Feb. 21 to Feb. 28.

Set before the events of the Daymare: 1998, the game follows special agent Dalila Reyes, a former government spy now in service of H.A.D.E.S. (Hexacore Advanced Division for Extraction and Search), as she explores the ominous, labyrinthine depths of the most advanced experimental research center in the United States of America.

“Like its predecessor, Daymare: 1994 Sandcastle is a tribute to iconic 90s horror entertainment,” says Daniele Falcone, Team Coordinator at Leonardo Interactive. “The prequel will improve upon Daymare: 1998 in nearly every way with stunning character animations, breathtaking cutscenes, and meticulously crafted boss encounters that require experimentation and strategy. Prepare to witness your favorite old school zombie flicks and video games be brought back to life.”

“After months of silence and a lot of work, and thanks to the support of Leonardo Interactive, we are happy to finally be able to dare a taste of our new title.” says the Invader Studios team. “With Daymare: 1994 Sandcastle we want to evolve what we presented with Daymare: 1998 and make action-horror lovers live a completely new experience… but with a nostalgic 90’s flavour, as we like to say!”

You can check out a new video tease of the game below.

Daymare: 1994 Sandcastle will launch on PlayStation 4, PlayStation 5, Xbox One, Xbox Series S/X, Nintendo Switch, and PC via Steam later this year. You can wishlist the game on Steam now.