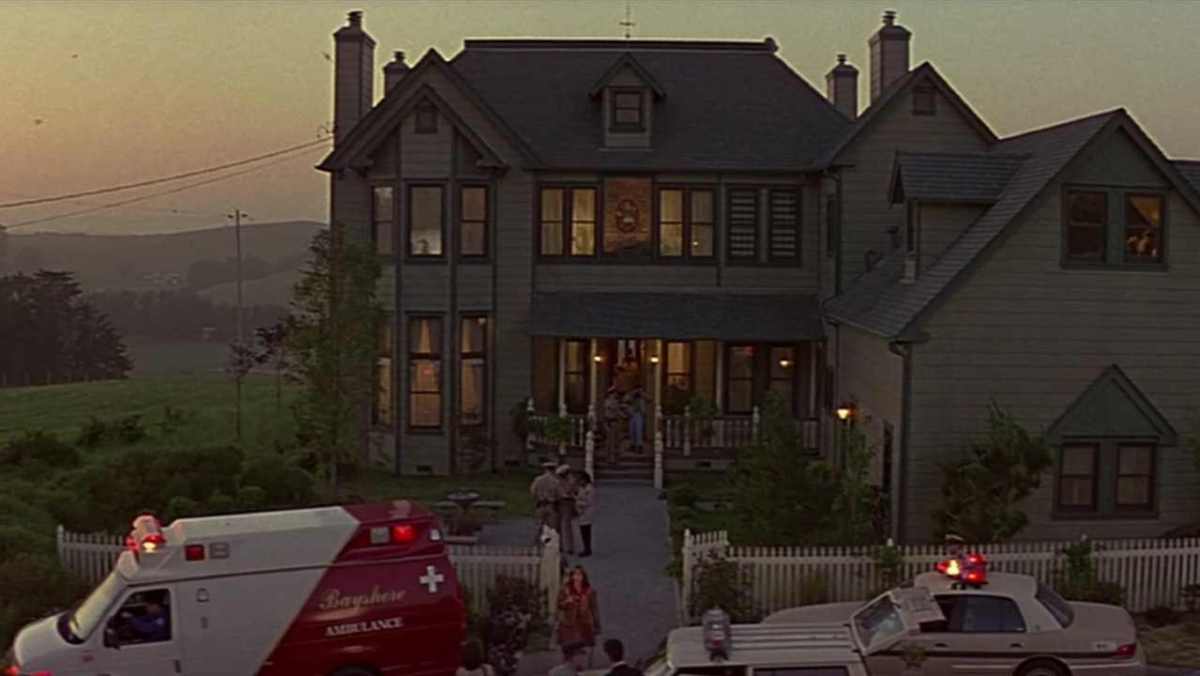 With only a few days left till the premiere of the next installment in the Scream franchise, horror fans are sitting on the edge of their seats in anticipation of getting to see the return of Ghostface, Gale, Dewey, and Sidney. As a means of celebrating the upcoming release of the film, Paramount allowed well-known horror Youtubers Dead Meat an exclusive behind-the-scenes look at one of the most iconic houses in horror.

As you can see in the video below, hosts James and Chelsea explore the house where memorable scenes occurred, as they explore the bedroom where Sidney realizes Billy is the Ghostface killer, the kitchen where Billy and Stu reveal their master plan, and the living room where Randy lays out the rules of horror.

There are a bunch of other cool things about Stu Macher’s house shown off in the video, including some awesome stain glass windows that feature everyone’s favorite killer, Ghostface. For more fun horror videos, be sure to check out Dead Meat’s official channel, including plenty of great ones that go through every kill in your favorite horror movies.

Scream is scheduled to arrive in theaters on Jan. 14, 2022. Be sure to let us know in the comment section below whether you’re excited for the next installment in the franchise. While you’re here, you can also check out all of the fun horror quizzes we’ve got on the site, including one that’ll test your Scream trivia knowledge.