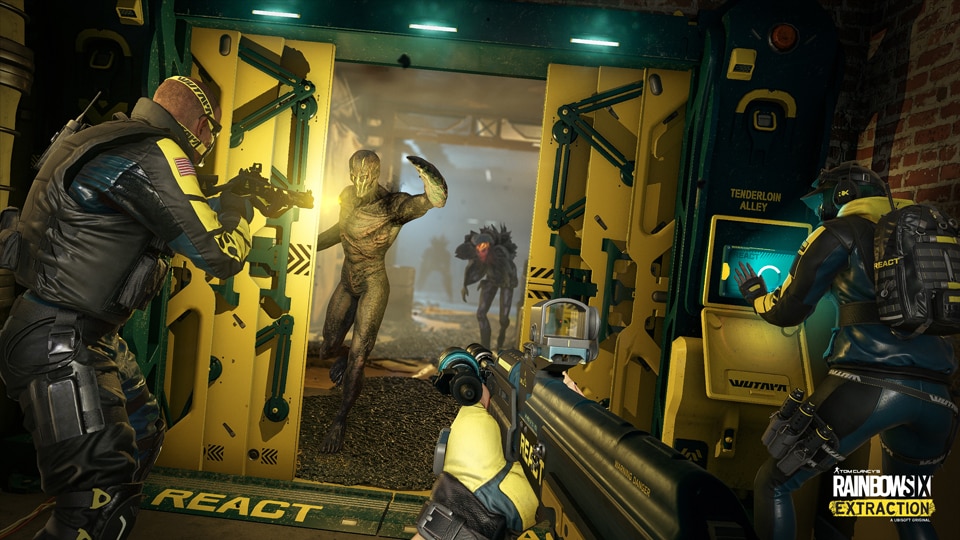 There are four key ways you can level up faster in Rainbow Six Extraction, outlined below.

It’s worth pointing out that, at the time of writing, Ubisoft doesn’t have any XP boost consumables up for sale in the in-game Shop that could be used to give double XP for a set amount of time or missions. If this does change, we’ll absolutely add it to this list.

This is a straightforward enough one, but it’s absolutely the easiest way to bolster the XP you’re earning in every mission. Make sure that when you’re going through the process of starting a mission, you’re taking on the hardest difficulty setting that the size (and skill) of your party allows for, as well as your Operator level.

That doesn’t mean you should play every mission on the absolute hardest difficulty setting, as that’s going to end rather badly until you’ve got your Operator levels up. But increasing difficulty is the easiest way to boost your XP, and so you should always try and challenge yourself with these.

Cautious difficulty grants a +50% boost to objective XP earned in the mission, Severe grants +100% boost, and Critical is a massive +200% boost. As long as you’re completing those objectives, it’ll be raining XP down on you. This is the easiest way to level up fast in Rainbow Six Extraction.

For each enemy you kill, you’ll earn a small amount of XP. The more formidable the Archaean enemy, the more XP you’ll earn for defeating it.

As such, if you’ve got a decent chunk of health on your Operator after clearing the objectives, focus on taking down the various nests and enemies in the sub-zone.

By doing this, you can further boost the amount of XP you’re earning from each level. This can be taken one step further by making use of the bonus ‘Tactical’ points you get for killing enemies in a certain way. For example, if you stealthily takedown an enemy, you’ll get an additional 40-45 XP on top of the XP earned for killing the enemy. This also applies for shooting enemies through walls, using explosives or other gadgets to help you take down enemies.

Exfil Before It’s Too Late

There have been far too many times when playing Rainbow Six Extraction that I’ve thought I could just push on to the next objective, only to have my Operator swarmed by Archaean aliens the moment I set foot in the next sub-zone.

As my character activated their stasis foam and ballooned up like Stay Puft from Ghostbusters, I was left to rue my decision. I should have just exfil’d and saved that sweet, sweet XP.

Granted, having an Operator go MIA in a mission doesn’t mean you permanently lose XP, just that you’ll need to rescue them in your next mission in order to reclaim it. It’s not the end of the world, but if you’re unsure if you’re going to make it to the end of a mission, just exfil out, make sure that XP is banked and your Operator makes it out of there alive.

Last but certainly no means least, make sure that you’re completing Studies in your missions, and not just the three primary objectives that are randomized each time.

Studies are like additional challenges that come in sets of three. They grant you big XP rewards, bits of lore and some other cosmetic goodies for completing them. Each ‘location’ (New York, San Francisco, Alaska etc.) has their own unique Studies, and you can check what these are by selecting ‘Studies’ just underneath the ‘Quick Play’ option after you’ve selected a location in the ‘Play’ menu.

The more Studies you complete, the faster you’ll fly through the REACT and Operator levels in Rainbow Six Extraction. Trust us, these are absolutely worth your time.

Studies in later locations offer more XP as a reward for completing, but they are trickier, so make sure you’re playing locations where you’re confident you can complete them.

That’s everything you need to know on how to level up fast in Rainbow Six Extraction. For more tips, tricks and guides, head over to our wiki or see more of our coverage on the game below.