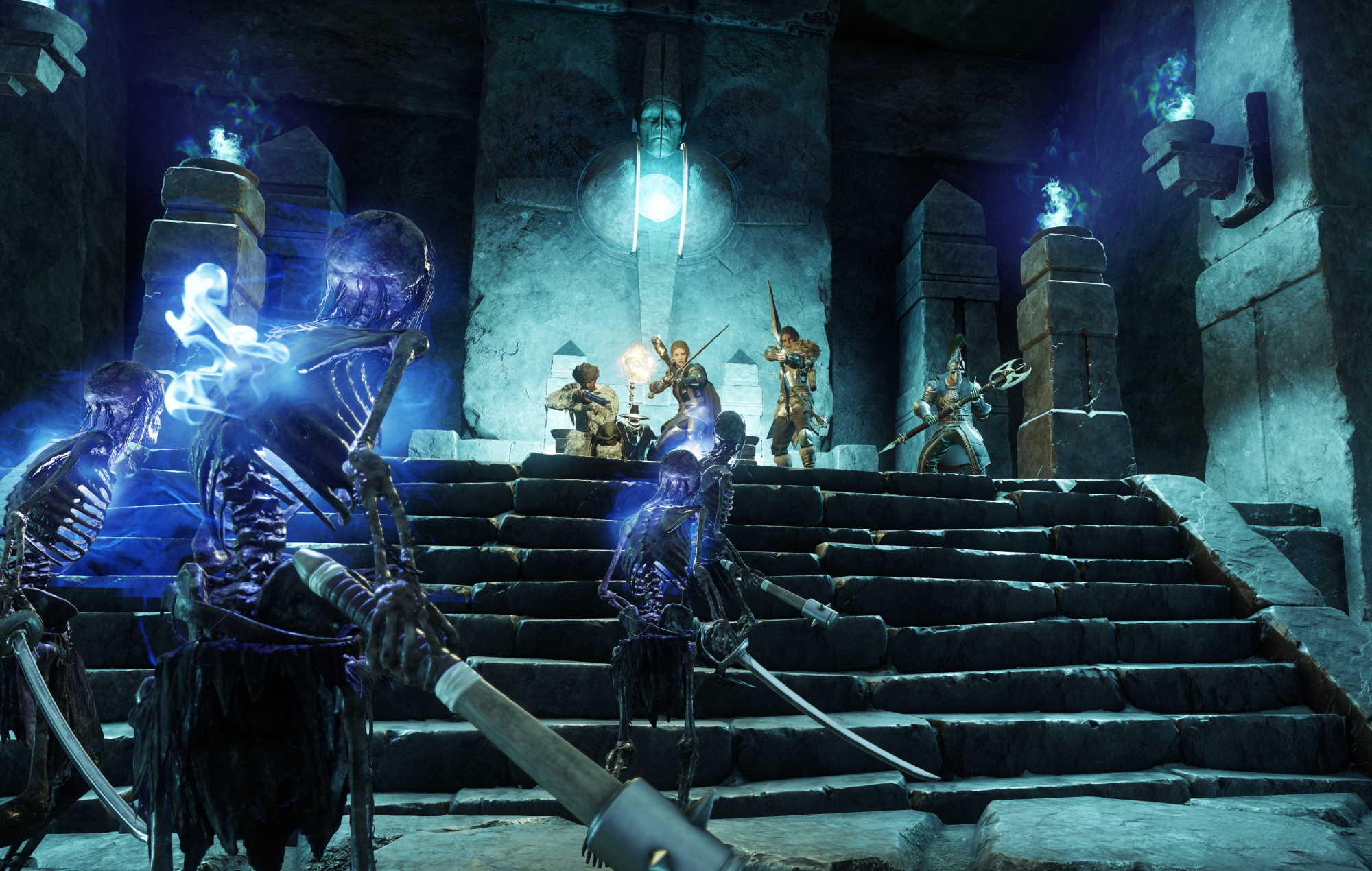 Amazon Game Studios has just released a new update for New World, and it’s a pretty hefty one. This update brings some big changes to the endgame content, with the highlight being an expedition modifier called Mutators.

A Mutated expedition will allow players to face off against augmented versions of the enemies they’d faced before in the regular version of the expedition, and will be forced to come up with new strategies to face them. Of course, completing a Mutated expedition will gift players with plenty of new and better rewards as well. AGS states that this will be a new way for players to farm resources and get loot that will help increase their gear score.

Scores will be awarded to teams based on how well they perform in the expedition. Things like time taken to beat the dungeon, number of team wipes, and number of enemy kills will be taken into consideration, and teams will be ranked Bronze, Silver, or Gold. Performing well will allow teams to progress to the next level of Mutation difficulty, which leads to better rewards.

You can check out some gameplay footage of a Mutated expedition down below:

The endgame Umbral upgrade system has also been adjusted, and players can now upgrade gear with a score of 590, instead of the previously mandated 600. With the introduction of Mutations, Mutated expeditions have also become one of the more efficient ways to farm Umbral Shards.

This update also include tons of other quality-of-life and gameplay changes to New World, including a reduction in Azoth cost while fast traveling, which is easily one of the biggest complaints from the player base. You can check out the full patch notes here.