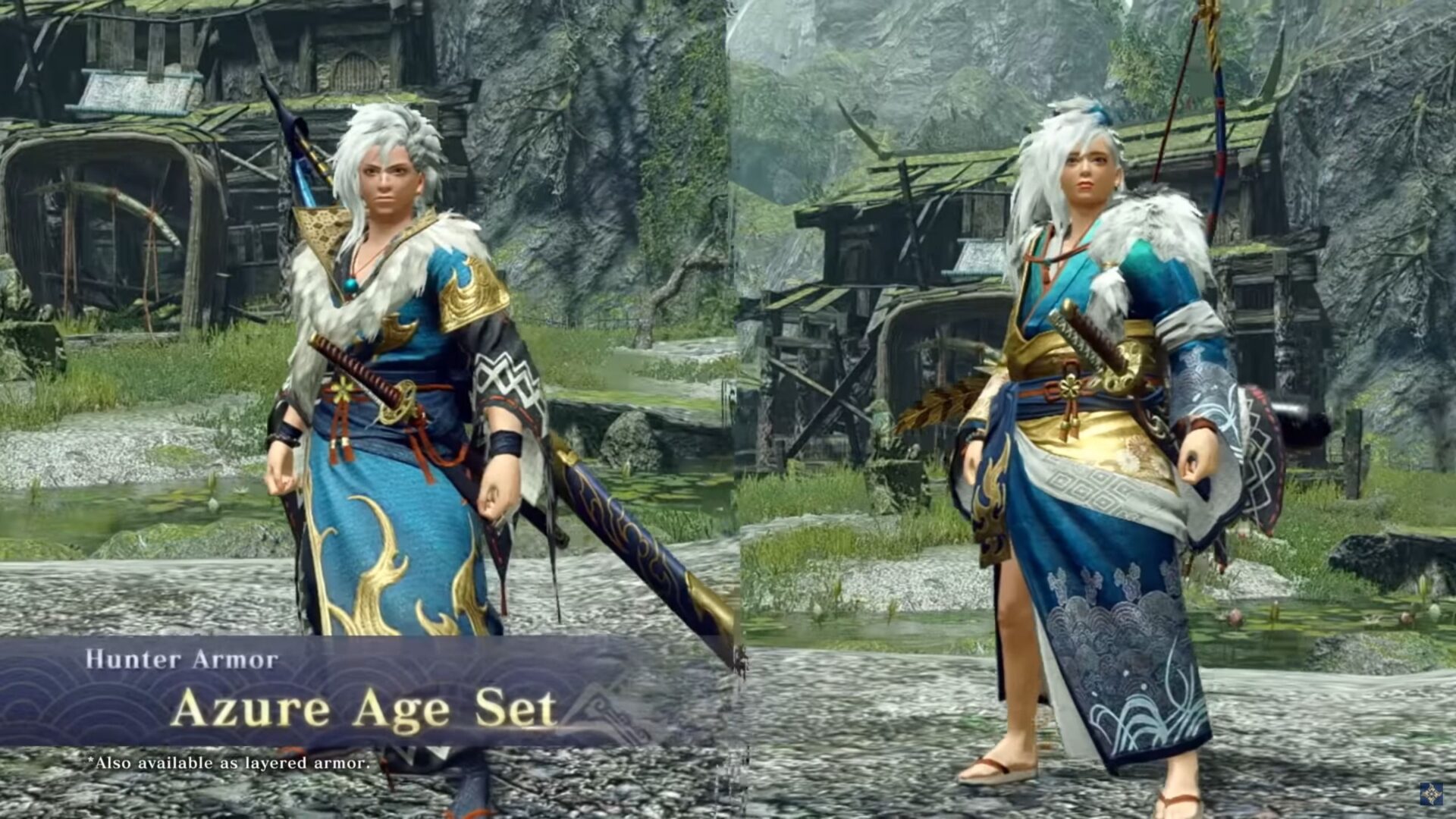 The game will get event quests that will reward players with the Azure Gear. This includes the Azure Age armor (which will also be available as layered armor), the Azure Star weapons, and even gear for your Canyne and Felyne.

The content will be released on January 21 on PC and in late February for the recently-released PC version.

If you’re unfamiliar with Monster Hunter Rise, you can read our review and an official description below. It’s currently available on Nintendo Switch and PC via Steam.

Earlier today, we learned that it just surpassed 8 million copies

Rise to the challenge and join the hunt! In Monster Hunter Rise, the latest installment in the award-winning and top-selling Monster Hunter series, you’ll become a hunter, explore brand new maps and use a variety of weapons to take down fearsome monsters as part of an all-new storyline. The PC release also comes packed with a number of additional visual and performance enhancing optimizations.

Ferocious monsters with unique ecologies
Hunt down a plethora of monsters with distinct behaviors and deadly ferocity. From classic returning monsters to all-new creatures inspired by Japanese folklore, including the flagship wyvern Magnamalo, you’ll need to think on your feet and master their unique tendencies if you hope to reap any of the rewards!

Choose your weapon and show your skills
Wield 14 different weapon types that offer unique gameplay styles, both up-close and from long range. Charge up and hit hard with the devastating Great Sword; dispatch monsters in style using the elegant Long Sword; become a deadly maelstrom of blades with the speedy Dual Blades; charge forth with the punishing Lance; or take aim from a distance with the Bow and Bowguns. These are just a few of the weapon types available in the game, meaning you’re sure to find the play style that suits you best.

Hunt, gather and craft your way to the top of the food chain
Each monster you hunt will provide materials that allow you to craft new weapons and armor and upgrade your existing gear. Go back out on the field and hunt even fiercer monsters and earn even better rewards! You can change your weapon at any of the Equipment Boxes any time, so the possibilities are limitless!

Hunt solo or team up to take monsters down
The Hunter Hub offers multiplayer quests where up to four players can team up to take on targets together. Difficulty scaling ensures that whether you go solo or hit the hunt as a full four-person squad, it’s always a fair fight.

Stunning visuals, unlocked framerate and other PC optimizations
Enjoy beautiful graphics at up 4K resolution, HDR with support for features including ultrawide monitors and an unlocked frame rate make to make this a truly immersive monster-hunting experience. Hunters will also get immediate access to a number of free title updates that include new monsters, quests, gear and more.

Enjoy an exciting new storyline set in Kamura Village
This serene locale is inhabited by a colorful cast of villagers who have long lived in fear of the Rampage – a catastrophic event where countless monsters attack the village all at once. 50 years after the last Rampage, you must work together with the villagers to face this trial.

Experience new hunting actions with the Wirebug
Wirebugs are an integral part of your hunter’s toolkit. The special silk they shoot out can be used to zip up walls and across maps, and can even be used to pull off special attacks unique to each of the 14 weapon types in the game.

Buddies are here to help
The Palico Felyne friends you already know and love from previous Monster Hunter adventures are joined by the brand new Palamute Canyne companions!