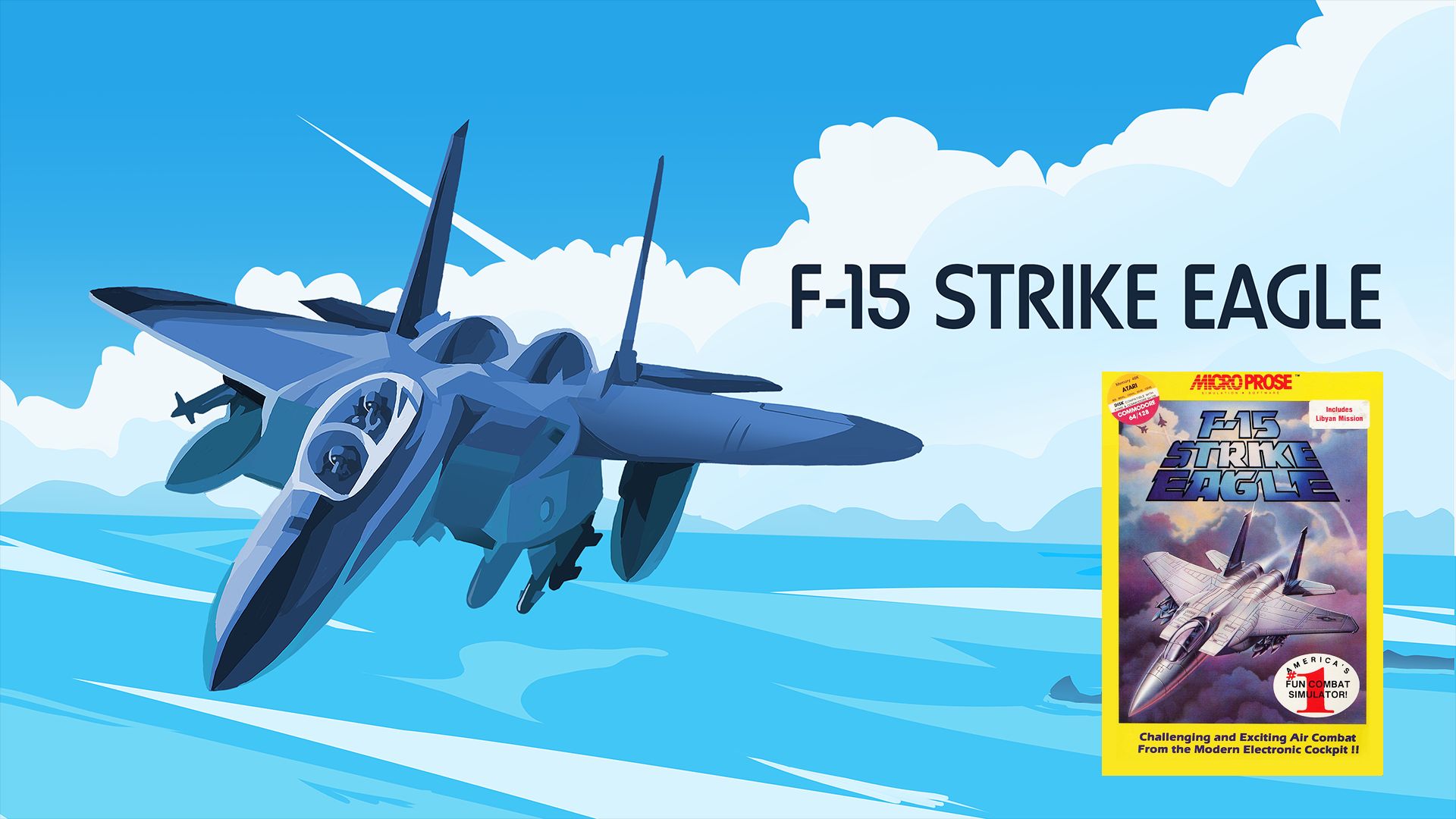 Today Atari announced the release on Steam of a significant group of classic flight simulators that will bring back memories aplenty for veterans of the genre.

These include F-15 Strike Eagle and Solo Flight by acclaimed developer Sid Meier on top of Harrier Jump Jet, Dog Fight: 80 Years of Aerial Warfare, and The Ancient Art of War in the Skies.

F-15 Strike Eagle and The Ancient Art of War in the Skies launch today, while the remaining three titles will release next week.

Bundles will also be available as follows:

If you’re unfamiliar with the games mentioned above, you can enjoy an official description below.

In 1983, the legendary Sid Meier created Solo Flight, the first realistic and deeply immersive flight simulator sporting a design that fundamentally changed how flight simulators to follow would test players’ piloting skills. The game features no autopilot or computer-aided navigation system; players must learn the dial-based instrumentation and VOR navigation to guide their plane to its destination. Solo Flight includes mission-based gameplay where players carefully navigate the skies while managing fuel and cargo loads, as well as proving the aptitude to land their aircraft safely.

In Meier’s F-15 Strike Eagle, players choose their desired mission and then find themselves inside of the sophisticated cockpit of an F-15 fighter jet, fully armed for combat and heading into enemy airspace. Named “Action Game of the Year” by Computer Gaming World in 1985, the game is based on real-life missions carried out by fighter pilots in the 1970s and ‘80s. Meier collaborated with Air Force pilot Bill Stealy to ensure F-15 Strike Eagle’s accuracy, which includes missions in Libya, Egypt, Iran, and more.