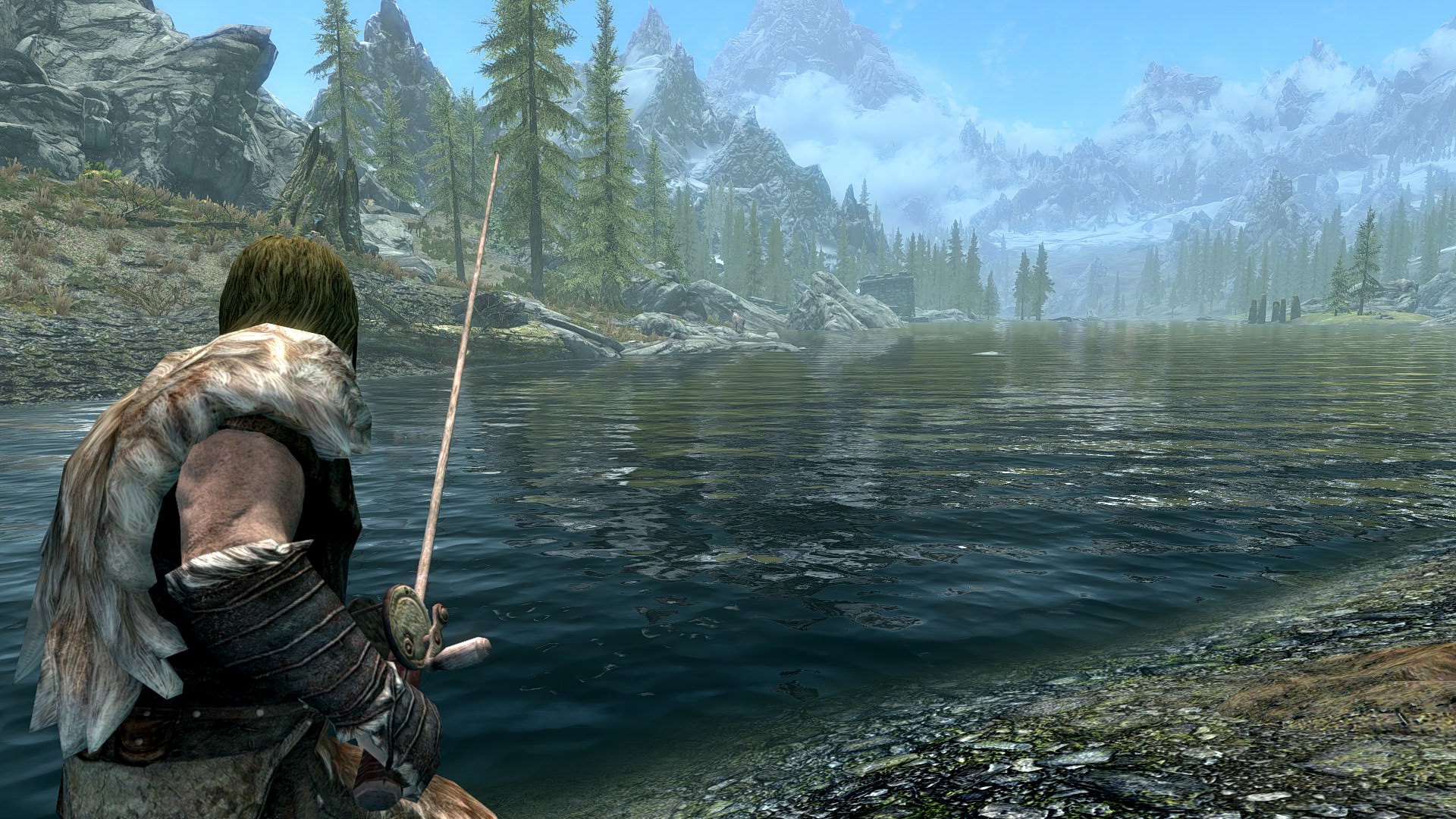 Bethesda has re-released Skyrim so many different times across so many different platforms that it’s reached parody status, and earlier this year the meme continued with a new Anniversary Edition. This time, however, there is at least a bunch of new content added to the base package, including an all-new fishing mini-game. Here’s how to start the Skyrim fishing quest, get a rod, and find all fishing spot locations in Skyrim Anniversary Edition.

How to Start Fishing Quest

The new fishing content in Skyrim hasn’t actually been incorporated into the game organically by Bethesda. It is, in fact, a mod from the Creation Club program that you’ll need to manually install before you can get casting.

To do so, simply select Creation Club at the main menu and install the Fishing add-on from there.

Once it’s installed, you have to undertake an initial fishing quest called Angler Acquaintances. This requires you to visit the Riften Fishery, speak with Viriya, and then complete a fishing bounty in a quest called ‘In a pinch.’ Once that’s done, you need to speak with Swims in Deep Water, an NPC who gives you several different catch em’ all-style fishing quests to tick off.

From that point on, to fish in Skyrim and catch each of the species in the game all you need to do is head to one of the designated fishing spots scattered around the map, which are outposts referred to as ‘Fishing Supplies.’ They typically have a rod, bucket, and a rack of fish sitting on a shoreline.

For a full overview of where each Fishing Supply location actually is in a given area of the map, you will need specific fishing maps. These can be purchased from Belethor’s shop in Whiterun.

If you’ve just started a new game then lookout for the one near Riverwood, which is located on the riverbank on the way to Whiterun. It’s just before the stone bridge.

How to Get a Fishing Rod

Of course, before you can start fishing you’ll need a rod. Luckily, you’ll find one on the ground next to almost every fishing spot in the game. You can also purchase them from most merchants scattered around the map. If you would prefer to craft one, that’s possible too: at a forge, use x1 iron ingot and x1 firewood to do so.

How to Catch Fish in Skyrim

Standing near a Fishing Supplies location, equip your rod and use the interact button near a body of water to cast. The mechanic isn’t particularly complex; fishing is performed standing still, and you just need to press the interact button to cast. Sooner or later you’ll feel a bite on the line, and all you need to then do is press interact again to reel it in. Remember that you want to wait until you actually feel a tug before you begin to reel. The fish will typically nibble at your hook a bit before they take the bait, so don’t jump the gun!

As for what to look for to actually find a fish, you should see ripples on the water which indicate fish are nearby. If you don’t, you’ve either fished it dry or there are no fish at the location to begin with. If it’s the former, note that you will need to wait 24 hours of in-game time before fish return to that location.

There are five areas of Skyrim in which you will find Fishing Supply locations where fish can be caught. We’ll break down each below. You can either use this as a reference or you can simply purchase the maps from the various vendors around Skyrim.

There are three fishing spots in Whiterun. You can purchase the map from Riverwood.

There are four fishing sports in The Rift. You can purchase the map from Riften.

There two fishing spots in Winterhold. You can purchase the map from Winterhold itself.

There are 4 fishing sports in Haafinger. You can purchase the map from either inside Solitude or from vendors passing through the area.

There are five places to fish in Falkreath, all dotted around the same body of water. The map can be bought from inside the city itself or from Lucan in Riverwood.

There are four fishing spots at the Reach. The map can be bought from Markarth, and other travelling vendors should also stock it.

All Fish in Skyrim

Here’s a handy list of every fish in Skyrim that you’ll be catching as part of the new fishing quest.

And that’s everything you should need to know about how to start the Skyrim fishing quest, get a rod, and find all fishing spot locations in Skyrim Anniversary Edition. For more useful tips and guides on the game, be sure to search Twinfinite. You should also see some related content below that may prove helpful.