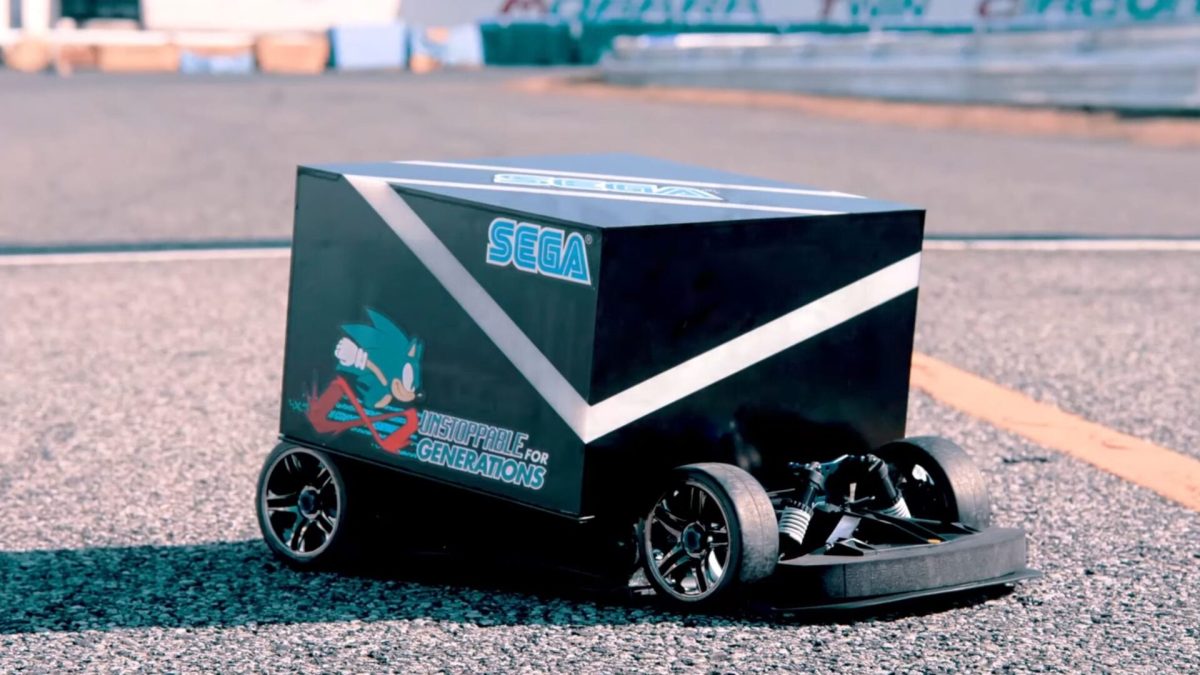 Anyone who is passionate about overclocking knows that the competition for the world’s fastest gaming PC is very challenging, so Sega decided to shift the playing field.

In order to build the world’s “fastest” gaming PC, the house of Sonic collaborated with Intel, ASRock, G-Force, and Masami Hirosaka to build a PC that indeed goes really fast… on a track.

Apparently, the RC-controller PC, which was built to celebrate the ongoing Steam Winter Sale, can run at 100 Kmh. That’s fast all right for a box on wheels.

The PC /RC Car will actually be gifted to a user who follows Sega’s Japanese Twitter account and retweets this tweet but can only be delivered in Japan according to the rules.

The prize also includes 23 codes for Sega games on Steam.

Here are the specs:

Below you can see two videos showing it off.