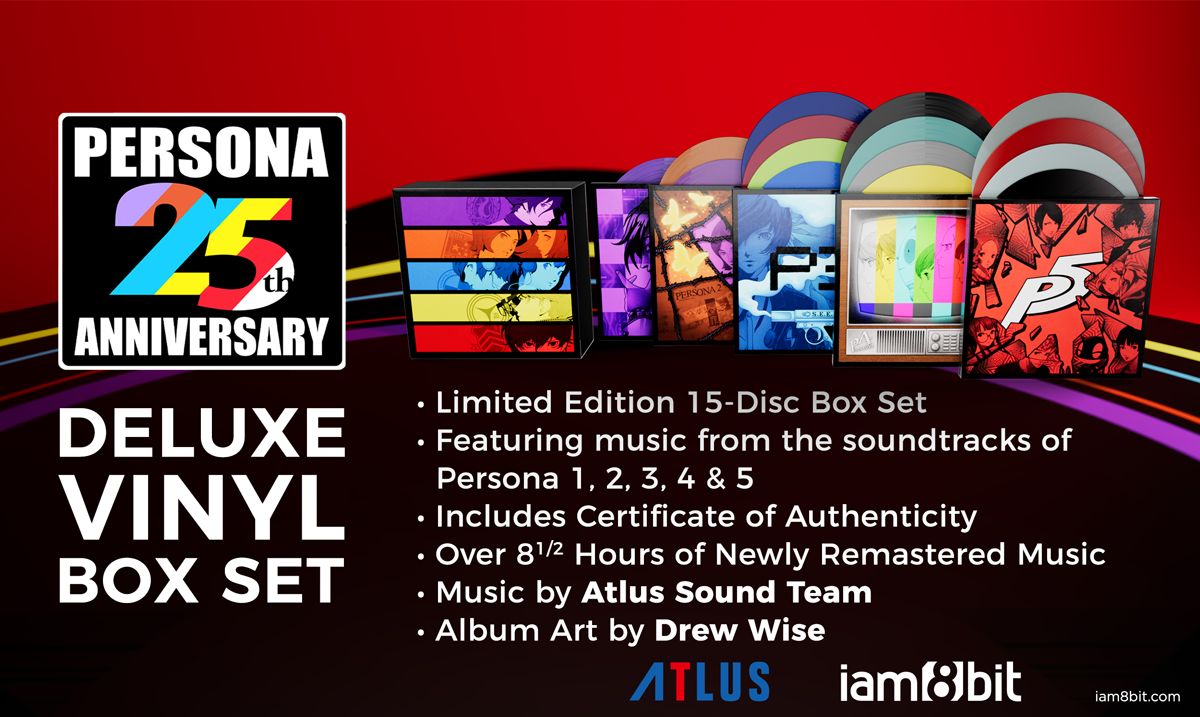 The set includes a whopping fifteen discs featuring the soundtracks of all mainline persona from one to five. This amounts to over eight hours of remastered music by the Atlus sound team.

You’ll also get a certificate of authenticity to confirm the value of your purchase, which is priced at $400 for the whole collection.

You can check out what it all looks like below.