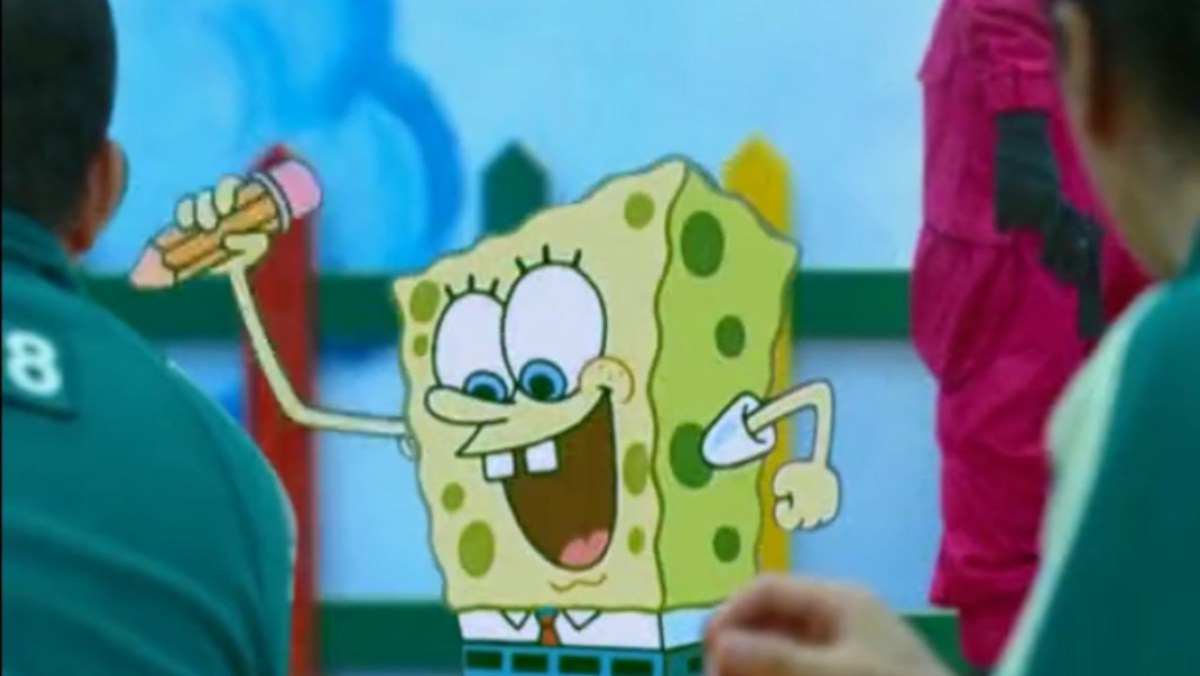 ***Fair warning, the following content spoils a major twist in the Netflix original show, Squid Game. If you haven’t seen it yet and don’t want to be spoiled, come back after you’ve seen at least the first episode.***

Ever since it was released on Netflix back in November, the Korean thriller Squid Game has been the talk of the town. On top of the popularity it has found in terms of viewership and critical acclaim, the series has also had some pretty amazing crossover memes.

Arguably one of the funniest crossovers we’ve seen so far belongs to Twitter user DitzyFlama. Over the course of the past month, this artist has created multiple masterpieces by combining Squid Game and SpongeBob SquarePants.

As you can see in the tweets above, SpongeBob and Patrick do their best to take on two of the most challenging games in the entire Squid Game competition: Sugar Honeycomb and Glass Bridge. The results are both hilarious and surprisingly well done, as the scenes that were picked from SpongeBob to overlap the scenes from Squid Game fit seamlessly.

Anyone that enjoyed the video can check out the rest of DitzyFlama’s Twitter page, as it features plenty of memes and other hilarious content. While you’re here, be sure to look at all of the features, news, and quizzes we’ve got for SpongeBob SquarePants, Squid Game, and much more. That includes how Frank Reynolds would do and ranking each game based on how difficult they’d be to survive.