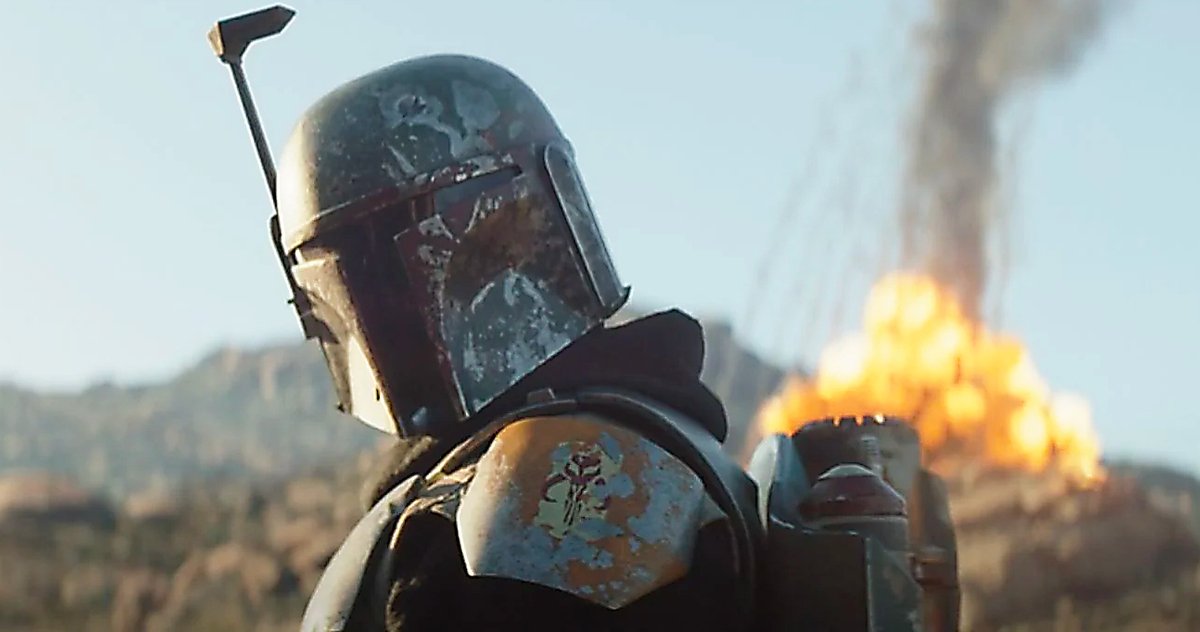 With the legendary bounty hunter all set to return on Disney+ this Dec. 29, it’s safe to say that fans of that galaxy far, far away are on tenterhooks for the upcoming sci-fi offshoot, The Book of Boba Fett.

Yes, earlier today, we received a brand new teaser to get all you wookiee-loving nerf herders out there a wee taste of what to expect a month from today. Check out the new clip down below:

While the new video only clocks in at around thirty seconds long, there’re a few neat teases that are worth mentioning.

Interestingly, we get to see footage of the dusty desert planet of Tatooine, while Boba Fett narrates a portion of dialogue in his signature gruff voice.

Specifically, the infamous bounty hunter describes his experience as: “Left for dead on the sands of Tatooine,” with a short clip of the titular antihero recovering in what appears to be an underwater Bacta tank.

Those unaware of what a Bacta tank is, well, they’re basically those big, cylindrical tubes that we see Luke Skywalker floating inside of in Star Wars: Episode V The Empire Strikes Back. We also see one in Chapter 16: The Rescue from the first season of The Mandalorian, for all you eagle-eyed enthusiasts out there!

Essentially, these Bacta tanks help accelerate healing, and are used for wounded soldiers and injured Jedi. It’s very likely, then, that this is the notorious bounty hunter recovering after his narrow escape from the dreaded Sarlacc Pit.

In addition, we also get a brief nod to Boba Fett’s sovereignty over Tatooine, with a short snippet of dialogue, saying how he intends, “to rule with respect.” Frankly, I for one believe him!

For more information about The Book of Boba Fett, here’s an official rundown courtesy of Disney: