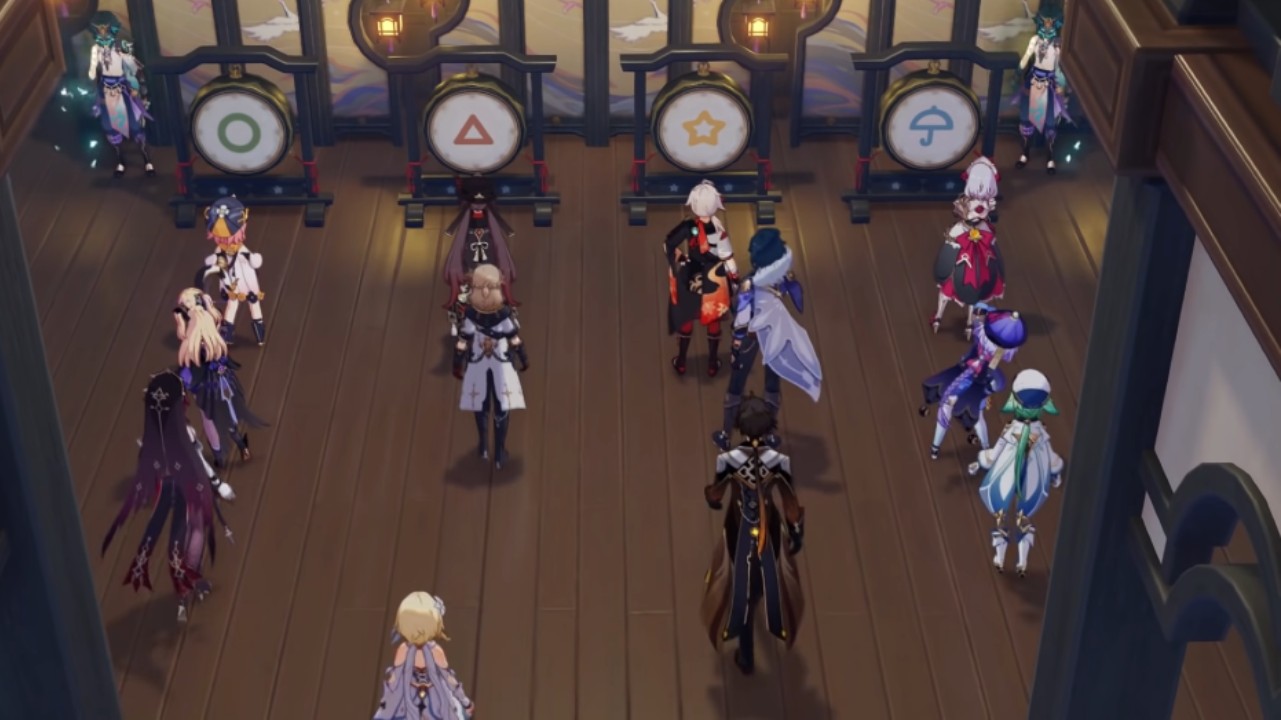 Genshin Impact and Squid Game are two of the hottest properties throughout the entertainment industry in the world recently, as gamers and Netflix viewers can help but get enough of either product. That is why it is so funny to see one user going out of their way to combine these two works of art in a way no one could have expected.

As you can see in the post below to the Genshin Impact subreddit, a user by the name of Genshashin created a video detailing what it would look like if the roster of characters from the beloved miHoYo RPG tried their hand at competing in the Squid Game. This particular challenge sees them try and complete the second event, known as the Dalgona Challenge.

The video in question sees each character use their special abilities to try and cut the shape out of the cookie without cracking it. The end result is a hilarious mix of success and failure, with only a few of the Genshin Impact characters surviving.

This is the second such video in the series that Genshashin has made, and it looks like they will continue all the way until the end of the Squid Game competition. If you want to check out more of their work, just head on over to the official YouTube page right here. There, you’ll find plenty of other amazing Genshin Impact-based content you’ll surely love.

If you’re still looking for more Genshin Impact or Squid Game content, be sure to check out all of the related articles we’ve got for you down below. That includes plenty of features, news, and quizzes to keep you busy until season 2 of the show or while you’re doing your dailies.