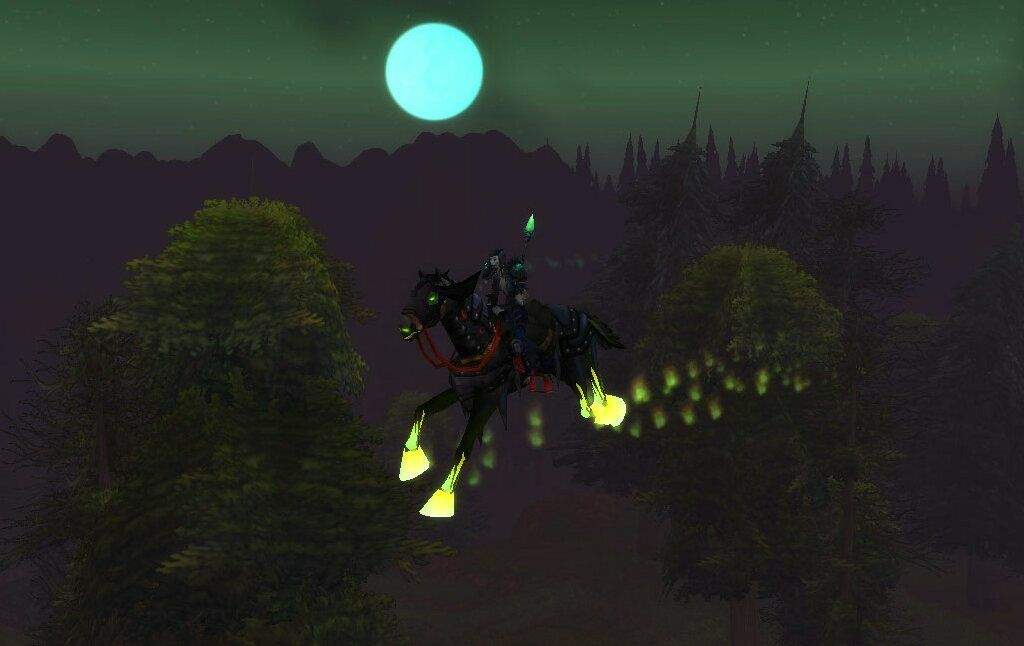 The World of Warcraft Hallow’s End event runs from Oct. 18 to Nov. 1, giving players two weeks to get any and all of the TBC Classic Hallow’s End epic rewards. There are three epic rings, a plate helm, the Horseman’s Blade as a main hand sword that lets you summon pumpkin soldiers every 10 minutes, and most importantly, The Horseman’s Reins Headless Horseman mount. In this guide, we’ll be talking you through how to grind out all of these rewards, in particular, the World of Warcraft Headless Horseman mount.

How to Get the Headless Horseman Mount in World of Warcraft

First off you’re going to want to get the ‘Headless Horseman’ quest from either Razor Hill or Goldshire. These are daily quests that enable you to summon the Headless Horseman once per day in the Scarlet Monastery graveyard dungeon.

A quick tip on this, however, you can summon the Headless Horseman up to five times per day (maybe more), assuming members of your party also have their summons available. Use this to speed up the process of getting the rewards you’re after. In the case of this guide, the Headless Horseman mount in World of Warcraft.

The first phase is really simple as you just need to keep landing hits on the Headless Horseman. Ideally, use the Tank in your party to taunt as soon as the Horseman makes his entrance. Then it’s just a case of DPS’ing him down.

At 1%, the horseman will go immune and toss his head, walking around disoriented. During this, it’ll also use a Whirlwind attack, so be prepared to quickly evade that.

The main thing you need to focus on in phase 2 of the Headless Horseman fight is knocking the head’s health down to at least 65% as quickly as possible. If you don’t do it fast enough, you’ll need to repeat phase 1.

Phase 3 is exactly the same as Phase 1, but the Headless Horseman will now use a Conflagration debuff on a random member of your party (though it’ll never be the tank). If you’ve got one, we recommend using a PvP Trinket to remove the Conflagration debuff as soon as it’s cast, otherwise, the Panic status and flames scorching nearby allies can wreak havoc on your run.

This phase ends when the head reaches about 30%.

Phase 4 is the same as Phase 1 again, but this time the Headless Horseman won’t use Conflagration but will throw Pulsing Pumpkins adds into the fight, which sprout Pumpkin Fiends after several seconds.

These don’t deal a ton of damage but will keep spawning until the Horseman is dead, so either focus your DPS on him, or clear the adds and then shift your attention to him if they’re overwhelming you a little.

Upon defeating this boss, you’ll then be rewarded with any of the TBC Classic Hallows End rewards. Keep in mind that, unfortunately, the Headless Horseman mount has an insanely low drop rate, so get ready to grind this out and make use of grouping up in a party to maximize the amount of times you can earn these rewards each day.

That’s everything you need to know on how to get the Headless Horseman mount in World of Warcraft. For more on the game, check out the links below.