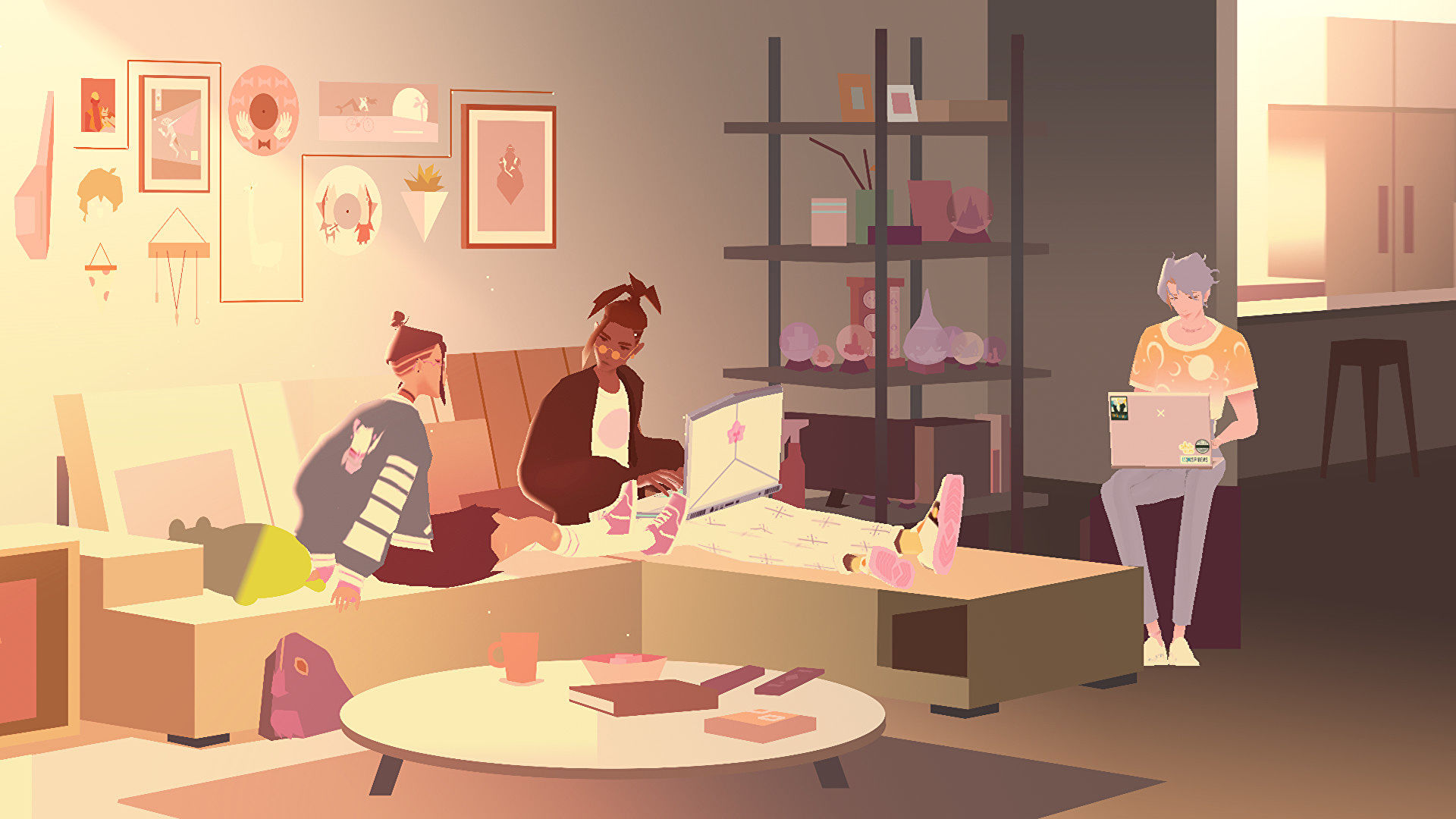 Today, at PlayStation’s October 2021 State of Play livestream, We Are OFK was announced to be coming to PlayStation platforms.

During the stream, a new trailer was unveiled showcasing the audio-visual experience in action. Interestingly, the title focuses upon the biographical trials and tribulations of the eponymous indie-rock band, OFK.

The new video is packed with funny one-liners and self-aware humor. Check out the new footage down below:

As you can see above, We Are OFK is a five-part series of interactive animated vignettes about a band trying to make it big.

Boasting a fetching hand-drawn art-style, some genuinely funny writing, and a unique mockumentary style, We Are OFK gives fans a glimpse behind the showbiz curtain. Not only does the virtual pop group have their very own single, but they also have a bunch of interactive music videos, to boot. Oh, and did we mention the super cute purple cat!?

It’s worth noting that We Are OFK is also confirmed to be coming to PC, too.

From indie pop band OFK comes the story of how four friends came together to release their debut EP without throwing their phones at walls in frustration. An interactive making-of-the-band series about dreaming, dating, and paying rent in Los Angeles.

Itsumi Saito just moved Downtown and broke up with her long-term girlfriend, leaning into her dream of making it in music. But juggling practice, friends, a brutal commute to the west side, and a full-time job… Itsu is struggling to establish herself in the cutthroat music scene of LA. When she talks her way into a shmoozy Hollywood party and makes friends with a rising music producer, she sees a chance to bring her dreams a little closer.

We Are OFK is an interactive narrative series of arguing over lyrics, sending sad texts, and playing Interactive Music Videos, including OFK’s debut single “Follow/Unfollow” and more!