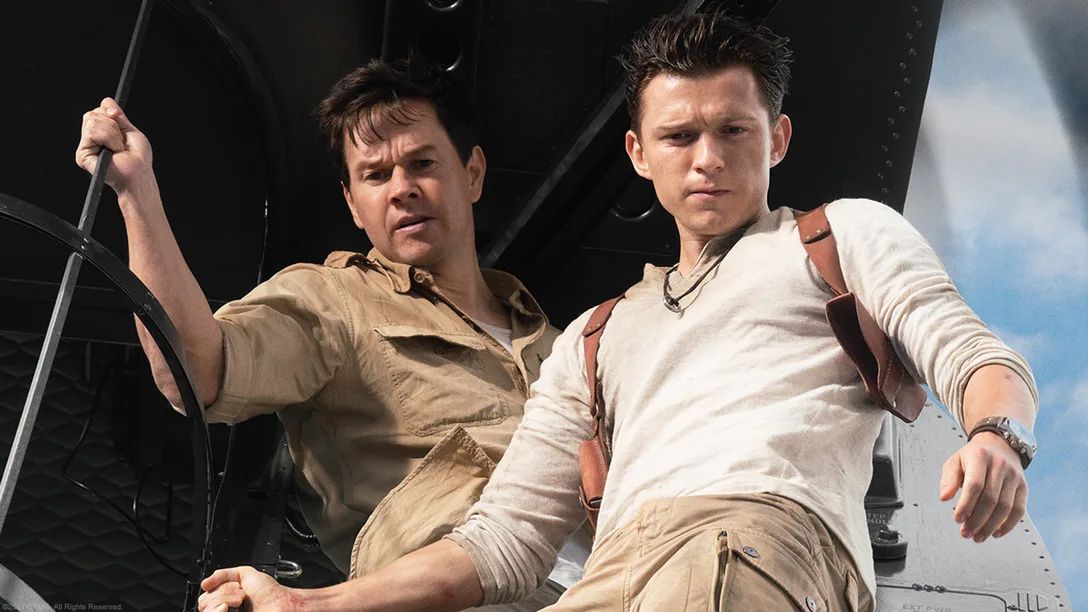 We get to see Tom Holland in the half-tucked shirt of a younger Nathan Drake, Mark Wahlberg (who plays an equally younger Sully), Sophia Ali, Tati Gabrielle, and Antonio Banderas in action.

The trailer also includes some really familiar scenes. While the timeline doesn’t match with the games we have played, they’ve likely been included as a homage to the legacy of the series.

You can watch it below alongside a behind-the-scenes video.

Director Ruben Fleischer shared that he “made the movie for both hardcore fans of the game and those who are not yet familiar with the franchise and believe that both will be equally entertained by this incredibly fun and action-packed film.”

So far, the trailer appears to at least follow that philosophy.

The movie will premiere in theaters on February 18, 2022, pretty much in sync with the launch of the Uncharted: Legacy of Thieves Collection, which will come to PS4 and PC in early 2022.

It’ll be interesting to see which one will actually make it to the finish line first.