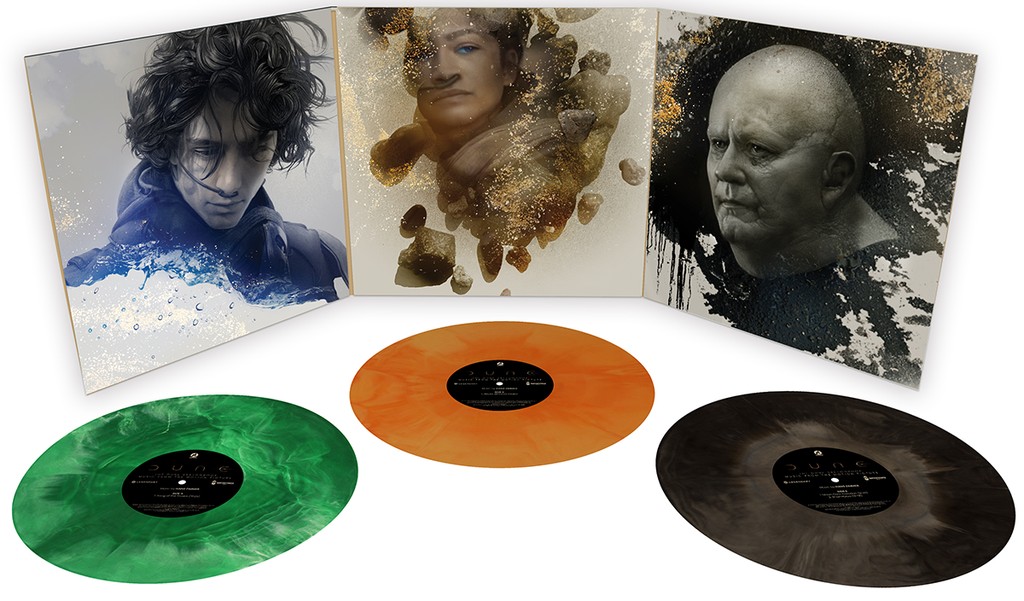 To celebrate the 10 year anniversary of their store, Mondo Shop has been collaborating with legendary composer Hans Zimmer and WaterTower Music to release a vinyl soundtrack for the forthcoming Denis Villeneuve film, Dune. The album, titled The Dune Sketchbook, will feature nine tracks that clock in at over 100 minutes.

You can see the complete tracklist below.

Each of these tracks represents key planets that will be at the forefront of the upcoming film’s plot, including Arrakis, Caladan, and Geidi Prime. The Dune Sketchbook – Music from the Soundtrack 3XLP is available for pre-order now, and has a numbered edition of 3,000.

Anyone that is interested can head over to the store. Keep in mind that this $45 offer is limited to one per person. The official release date for The Dune Sketchbook – Music from the Soundtrack 3XLP begins tomorrow, Oct. 13 at 12PM CT.

Denis Villeneuve’s Dune is set to release in the United States theaters and HBO Max simultaneously on Oct. 22, 2021. Be sure to check back to Twinfinite when it is officially released in the US, as we will have plenty to say about the epic finally making its way back to the silver screen.