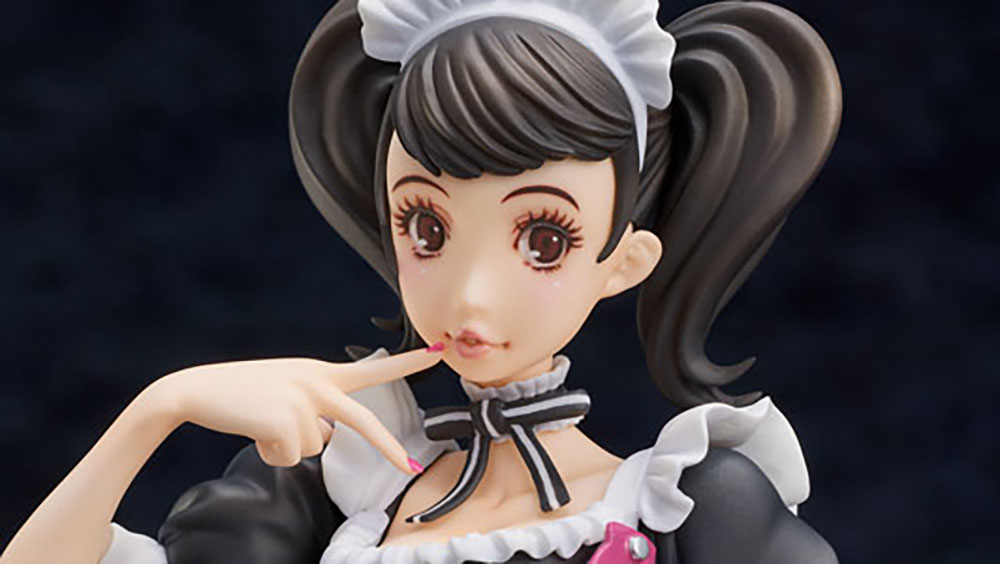 With the popularity of Persona 5 and its expanded version Royal, the attention of most figure manufacturers has been focused on the main heroines part of the Phantom Thieves team, at the expense of those who aren’t playable, like Sadayo Kawakami. This is soon going to change.

Amakuni has made a new scale figure portraying the romanceable teacher in her iconic maid uniform available for pre-order.

You can reserve her right now on Ami Ami for 17,600 yen, which approximately translates into $155.

That being said, you’ll have to wait quite some time to receive your waifu, because the estimated shipping window is March 2023.

The figure is sculpted by Vispo in 1/7 scale, which means that she’s approximately 25 cm tall. She also comes with an option without the maid cap.

This is actually not the first time that Amakuni portrays one of the non-playable romanceable heroines of Persona 5. They already launched a figure portraying the charming doctor Tae Takemi.