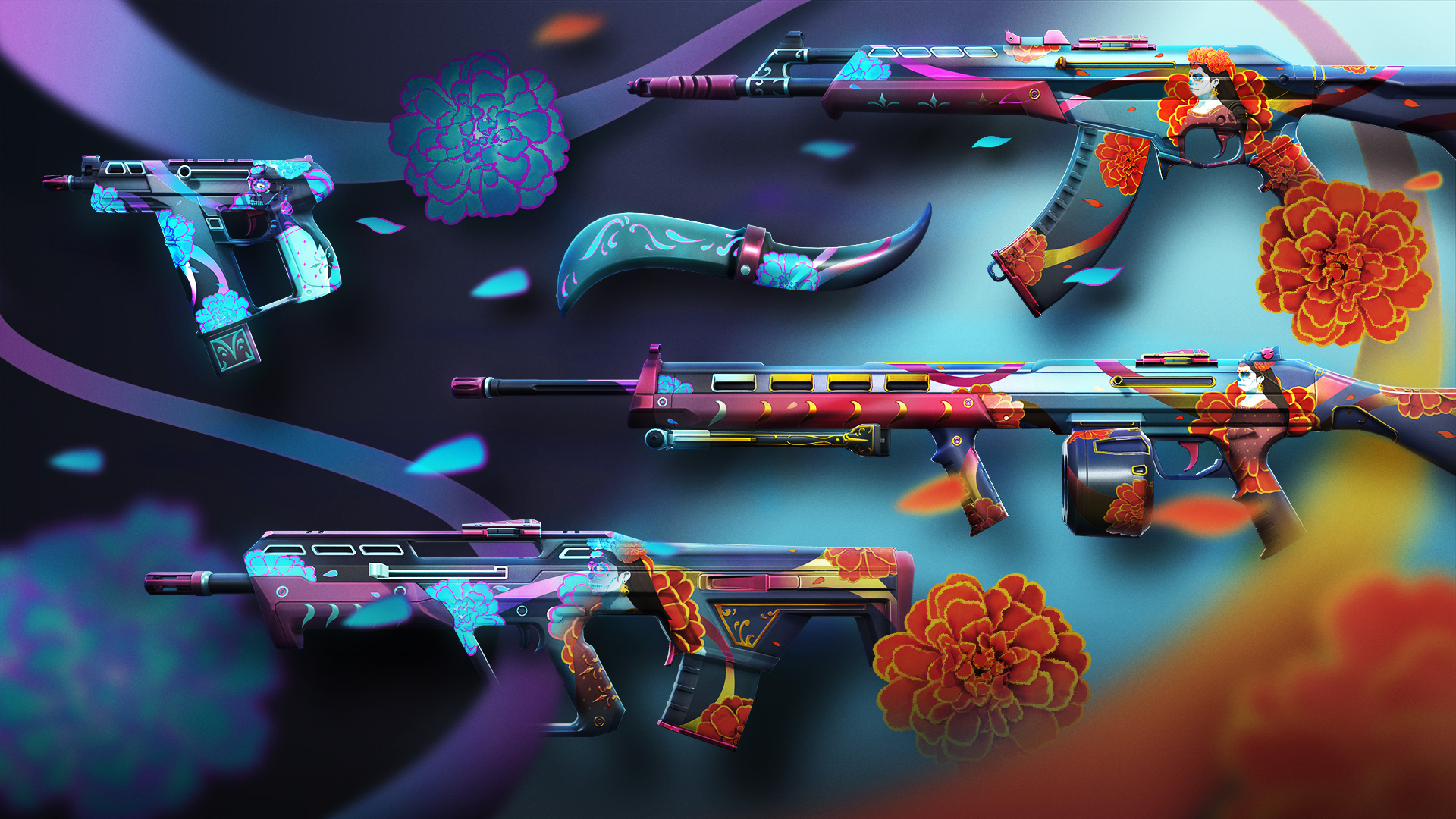 It’s patch week for Valorant, and that means yet another weapon skin bundle released in tandem with the new update. This time around, it’s a Mexican holiday-themed design called Nunca Olvidados (never forgotten) that is dedicated to the upcoming Día de los Muertos (Day of the Dead), with a design that both pays homage to the cultural occasion and looks badass at the same time with a cool glow-in-the-dark feature. The skins will release tomorrow, Oct. 20.

Here’s an overview of the bundle:

Level 1: two alternating textures, one in the light and one that glows in the dark.

Level 1: two alternating textures, one in the light and one that glows in the dark.

Riot Games art lead Sean Marino explained the thought processes behind the design in a press release sent to Twinfinite:

“Skins that follow cultural holidays like this are something that we really wanted to make, in keeping up with our goals of being unapologetically global. I’ve seen other games make skins for Día de los Muertos before, and I wanted to make sure that we could break out of the mold for what has become expected for these types of skins. The main goal was for the skins to feel beautiful and culturally accurate. More frank, it was us creating a skin to recognize Día de los Muertos that wasn’t just covering the weapon in skulls. We wanted to be as authentic as possible.”

Speaking about some of the challenges the team had to tackle when designing the skin, he said:

“This skin was something that a lot of the members of the team really got invested in. It was more than just making the skin itself, but the Player Card, the day/night tech integration and functionality, and even trying to determine how we give players options for variants. One of the last decisions we made for the skinline was to allow players to opt into just a day or night version via variants. In a way, it was a challenge because we had to go through and undo some of the work we did to set that feature up, but we figured it would be worthwhile for players who wanted purely one or the other.“

Here’s a closer look at the difference between the night and day variants on the Vandal:

Stay tuned for Patch 3.08 notes later today. In the meantime, why not read about Team Liquid’s moment of esports magic last weekend?