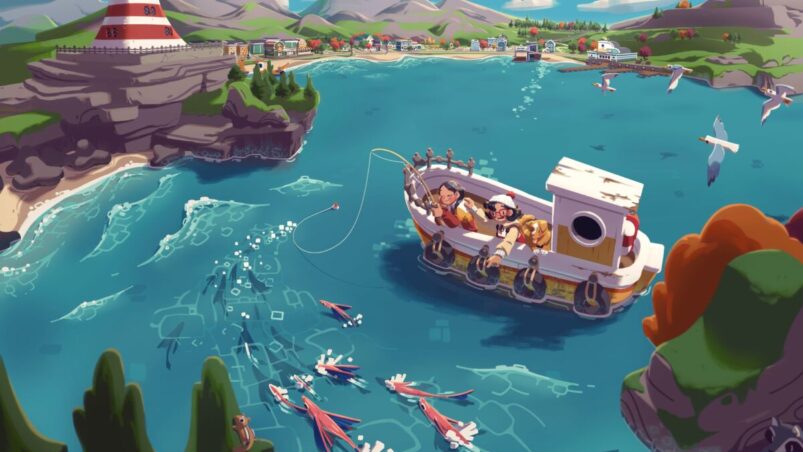 Bunnyhug’s slice-of-life fishing RPG is an incredibly relaxing experience for the most part, but occasionally it can frustrate with its somewhat vague quest markers and lack of direction. Here’s how to clean up driftwood in Moonglow Bay if you’re struggling to understand what to do.

How to Clean Up Driftwood in Moonglow Bay

Once you have met with the mayor and pledged to help rebuild Moonglow Bay to its former glory, one of the first tasks you’ll be assigned is helping to clean up the harbor. Ever since the fishermen have stopped using the area commercially, the bay and its port have fallen into disrepair and all sorts of garbage is floating about, so it’s up to you to chug about the harbor and clean the area.

Unfortunately, as mentioned before, the quest itself is a little obtuse. While initially, it seems as though you’re supposed to clean the area directly beside the port, the game actually wants you to sail about a huge area of the harbor and nearby sea looking for driftwood to haul aboard. You’re also not really told what it looks like.

Above you can see a screenshot of a piece of driftwood floating just underneath the surface. This is what you’re looking for, and you’ll need to use your net to haul it aboard. Simply float alongside the wood, pop out onto the deck, and then select your net. From here, use the A button to cast it, and the R2/RT button to reel it in just as you would for any other activity using the net.

Driftwood can be found floating, but it can also be found washed up on the shore or beside a cliff-face, as you can see above. Sometimes it can be a little finicky trying to haul the wood, but just be patient and it should work after another couple of tries. Once you have collected x10 pieces of driftwood you will have completed the quest and can move on to funding the rebuilding of the port as part of the main storyline.

And that’s everything you need to know about how to clean up driftwood in Moonglow Bay. For more tips and guides on the game, search Twinfinite.