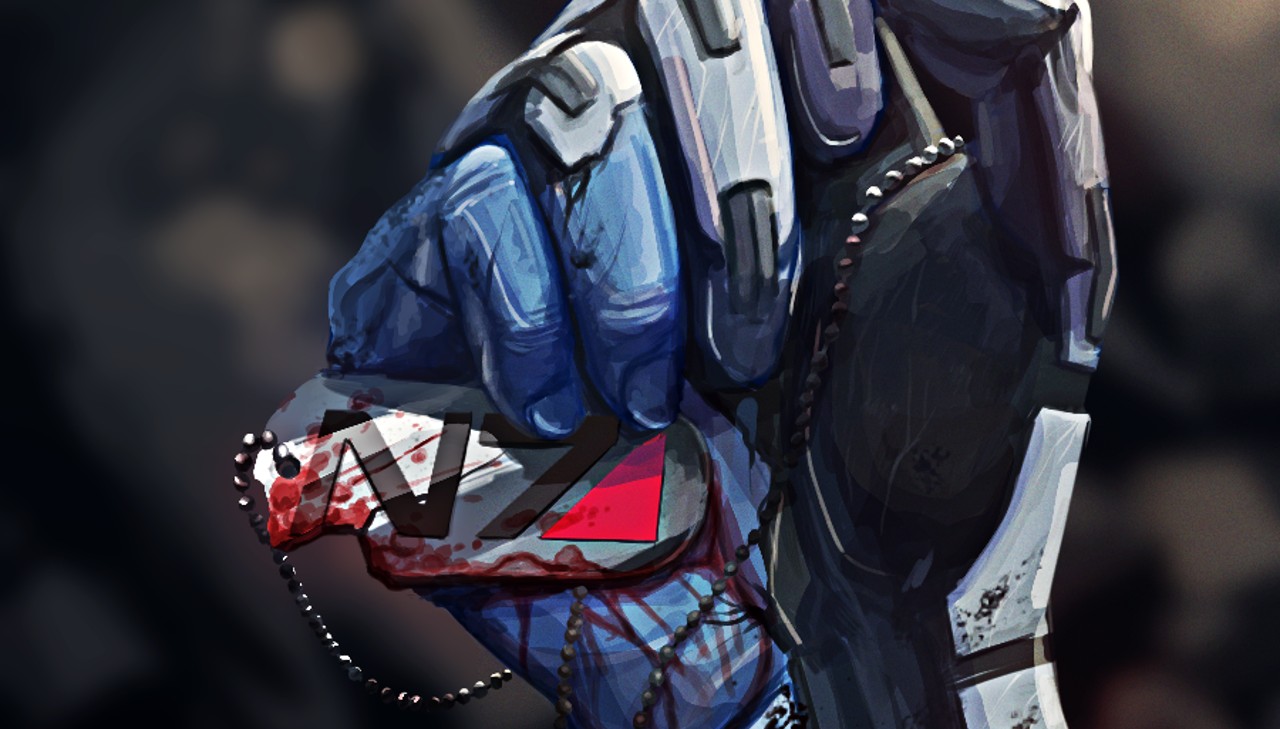 Mass Effect fans have likely already seen at least the first part of Twitter user Skyllianhamster’s alternative ending idea for Mass Effect 3 online by this point, as they came up with an idea that Shepard not only got indoctrinated but that their romance/squadmate with the highest relationship points is the one in charge of putting them down. And while that concept alone is heartbreaking enough to imagine, the artist has recently added a part 3 to their alternative ending that’ll surely make fans cry.

As you can see in their recent post to Twitter, Skyllianhamster showed off images of what it would look like if the low EMS Destroy ending occurred for Spacer Shepard and highest relationship Liara. In this epilogue, Shepard’s mother and Liara’s father can be seen crying at their funeral in the rain accompanied by the quote, “No parent should have to bury their child.”

It’s truly a heartwrenching alternate ending to Shepard and Liara’s tale, and Skyllianhamster does a fantastic job conveying the emotional nature of the scene. We’ve included the full summary of the story below:

Mass Effect au where instead of the Starchild, Shepard finally gets indoctrinated by the Reapers at the very end and you have to play as the squadmate with highest relationship points or their LI to stop them.

If your ems is high enough, you can break through the indoctrination and bring Shepard back to stop the cycle.

If your ems is too low, you have to stop Shepard.

And it falls to you to activate the Crucible.

You can also check out all three parts together on Skillianhamsters Tumblr page. There you will also find a gif version of the third part of the series that shows rain and tears falling equally hard.

While you’re here, don’t forget to check out all of the other great Mass Effect content we’ve got to offer in the related articles section below as well. That includes plenty of features, news, and quizzes about everyone’s favorite space opera.