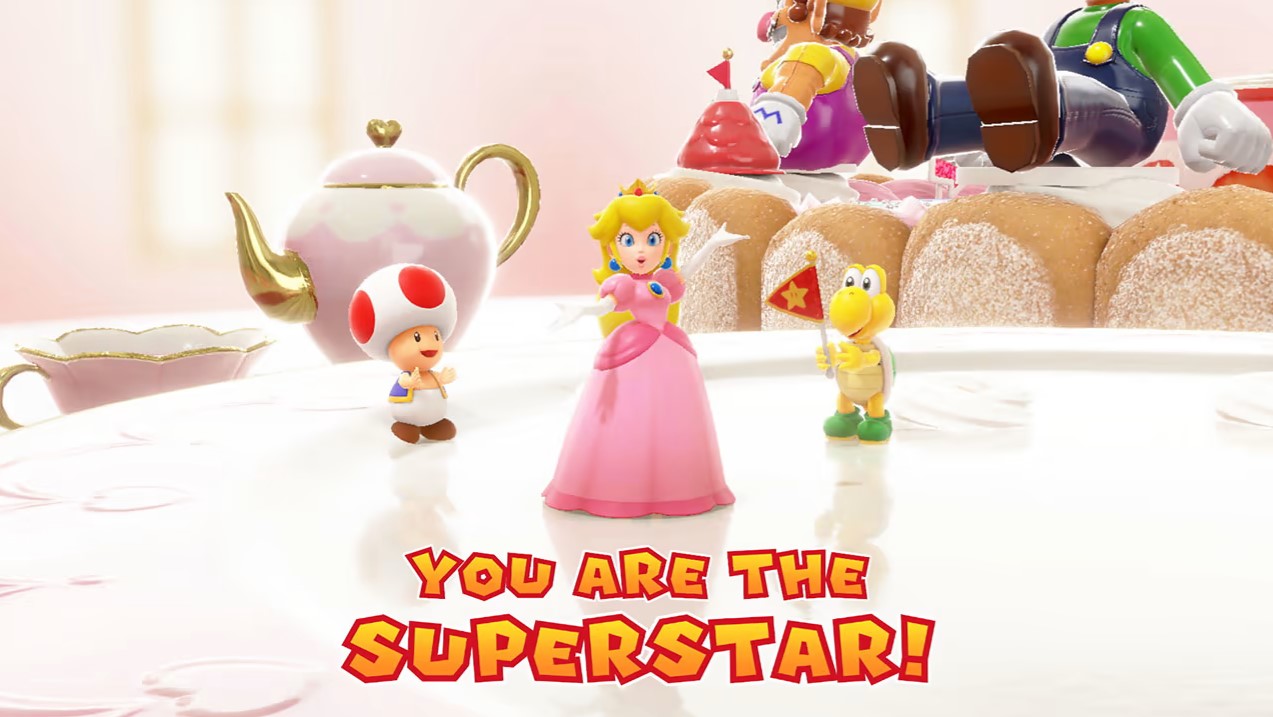 Mario Party Superstars is a return to what fans of the N64 titles may view as the good old days. Those magical times where everyone moved separately around the board and there were minigames at the end of every turn. Super Mario Party brought a touch of that experience back to the franchise, but Superstars spoils the long-time fans of the series with five classic N64 maps and over 100 of the best mini-games from the first 10 titles.

If you just tack on some online modes and worthwhile unlockables then one might think that this would be a surefire recipe for the greatest Mario Party game of all time. However, the lack of unlockables and a few other issues contribute to Mario Party Superstars feeling more like a pared-down — but still better-looking — version of the old games.

Fortunately, what Mario Party Superstars does right is the most important aspect of the franchise, gameplay. Although the limitation of only having five playable boards is disappointing, the selection is perfect for groups of friends who want to either take it easy or challenge their party game skills.

But if you’re just playing by yourself, then even the higher difficulty maps become relatively straightforward after you’ve played a game or two on them. It doesn’t take very long to see all the tricks coming before they happen. Although the boards are quick to master, that can open your eyes to new strategies for using the special events on each board to get a leg up on your opponents.

If you enjoyed the strategy of picking whether to roll your character’s dice block or the standard one in Super Mario Party, then you’ll have to wait until next time for that feature to come back. Superstars brings back the standard dice block — one through 10 — as the main way to move around the board.

It’s understandable if you miss the character-specific dice. They were the first interesting addition to Mario Party in years, but it’s absolutely a blessing that this feature is gone for now. Players of the last game worked shockingly fast to determine which characters had the best and worst dice. This made the game completely unbalanced in the favor of the players who were aware of these tier lists.

Instead, the strategy in Mario Party Superstars is more based on the player’s mini-game skill, knowledge of how to navigate the game boards, and timely use of items. The Double and Triple dice block items return along with other very powerful items like the Golden Pipe that lets you warp directly to a star and the Boo Bell that lets you summon a Boo to steal coins or even a star from another player.

And if you truly want to test your skills, then you can play the game online. But it’s important to note that no online modes were available at the time of reviewing Mario Party Superstars. However, this is truly a step in the right direction for the franchise as this will be the first Mario Party game to feature full online games at launch. Super Mario Party received an online update years after launch to enable playing full games online, but this is the first title to have it built in from the start.

On top of the online Mario Party games, there are also some mini-game competitions you can play online, but these modes were also not available during the review process. Yet, every mini-game is available to play offline from the start. This assortment of minigames is a wonderfully curated collection of the best the franchise has to offer like Booksquirm, Tug o’ War, Bowser’s Big Blast, and far too many more to name here.

It’s incredibly fun to feel that rush of nostalgia for the games that built the foundation of the Mario Party franchise over two decades ago, but the upgraded visuals make re-experiencing these moments even more enjoyable in 2021. The N64’s graphics weren’t bad considering the limitations of the late 90s and early 00s. The old visuals have their charms, but the new graphics set a high standard for the franchise on Switch.

It feels weird to say this, but Mario Party Superstars is one of the best-looking games on the hybrid console. The character models are expertly-crafted, the more realistic lighting enhances the overall appearance of everything in the game, and of course, the water looks so much better than it needs to.

Despite all of these positives, what you see is unfortunately all that you get. As of right now, there are no additional unlockable characters or boards and there has been no news about DLC coming to enhance the character roster or lineup of game boards. The only collectibles in the game are incredibly superficial content like music from the game’s soundtrack, profiles of the characters, and items to upgrade your card — essentially a profile page for the game.

The more you play games, the more coins you’ll earn to purchase these relatively inconsequential collectibles. There’s truly no reason to even check out the store unless you’re a completionist that needs to collect everything. Nothing that you can buy with the coins you earn enhances your gameplay experience in Mario Party Superstars.

Additionally, there are achievements that you can complete by doing a number of specific tasks like winning every mini-game in a single game or getting every star in a single game, among many others. But just like the collectibles, there’s truly no reason to pursue them except for the sake of completion.

All in all, Mario Party Superstars is a good remake of some incredibly fantastic classic games. It looks great and plays just like the Mario Party games of years past.

Sadly, it falls short of being a must-have for all Switch owners thanks to its relatively small, stagnant roster and meager board selection. There’s certainly room for growth, yet the lack of support for Super Mario Party doesn’t leave us with much confidence in that possibility.

But in the end, the wonderful gameplay is the biggest redeeming factor that makes Mario Party Superstars an overall enjoyable experience.