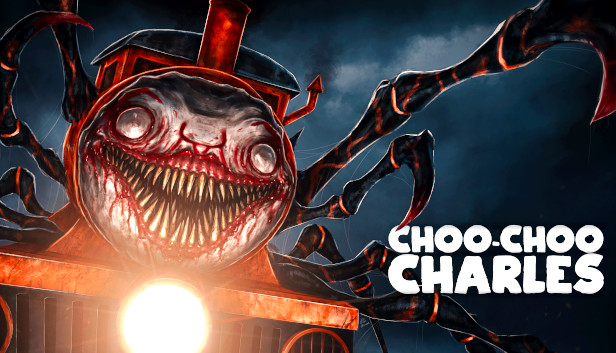 All aboard, horror and train enthusiasts! Just in time for halloween, US-based indie developer, Two Star Games, has announced its next game, and it’s a helluva elevator pitch. Indeed, Choo-Choo Charles will be a first-person action-horror experience where you have to fend off a spooky sentient spider-train. Yep, don’t worry — you read that right.

The intel comes by way of the studio’s official twitter account which teased some artwork, gameplay and the title’s Steam page. Check out said tweet down below, along with the game’s announcement trailer, too:

Specifically, players will get to travel around a mysterious island riding their own personal train which can be upgraded with all sorts of knick-knacks to make it faster, stronger and more powerful. However, while you do this, you’ll be hounded by an evil spider-train called Charles who really wants to eat your face off and see you pushing up the daisies. Yikes!

While Two Star Games is a solo developer, Choo-Choo Charles will be the studio’s third proper title following 2019’s My Friend is a Raven and 2020’s My Beautiful Paper Smile.

Choo-Choo Charles is scheduled to launch on PC via Steam in Q1, 2022. You can add the title to your Steam wishlist now.

Navigate an island in an old train, upgrade it over time, and use it to fight an evil sentient train that terrorizes your home. Charles is hungry; don’t be his next meal.

In Choo-Choo Charles you’re given the task of eradicating a monster known by the locals as “Charles”. Nobody knows where he came from, but they know why; to eat the flesh of puny humans. You have a small yellow train, with a map, mounted machine gun, and an exquisite collection of bobble-heads on the dashboard. You’ll use this train to get from place to place, while you complete missions for the townspeople, or loot scraps from around the island. Over time you’ll use your scraps to upgrade your train’s speed, armor, and damage. You’ll grow your arsenal, and (hopefully) become an unstoppable force, ready to take on the great and mighty Charles.